In recognition of his academic contributions to Austrian economics, Jonathan Newman was announced as the newest Mises Institute Fellow.

Mises Institute Fellow Per Bylund was awarded The Gary G. Schlarbaum Prize for excellence in research and teaching for a promising young scholar.

Several years ago, Tom Woods dubbed Mises University "the Best Week of the Year." This July's Mises U lived up to that reputation, with 80 students from around the world joining the Institute faculty in Auburn, Alabama for the world's leading program in Austrian economics instruction. Mises U lectures begin with a grounded foundation in the principles of the Austrian tradition, including economic history, methodology, and theory. As the week advances, these core lessons are translated into contemporary topics like the economic consequences of covid regulation, our current inflationary crisis, and the corruption of higher education.

One of the most important aspects of Mises University is the quality of our students. As a program open to students of all disciplines and career pursuits, the program identifies the ways a sound economic framework benefits our understanding of society as a whole. An example of this was Dr. Lucas Engelhardt's lecture on hyperinflation, which not only touched on the economic devastation of inflation and the history of catastrophic inflationary events—but identified the cultural and social costs of reckless monetary abuse. Between classes, students engaged in the sort of life-changing conversations that are difficult to have in a traditional academic environment.

Mises University 2022 began with the powerful testimony of a man who embodies the Misesian mission of not giving into evil but proceeding ever more boldly against it. Clifton Duncan, a once-celebrated Broadway actor, shared with our students his experience as an opponent of the public health regime within one of the most progressive industries in the world. His heroic call for standing up for liberty, even at personal expense, was a powerful reminder that history isn't simply shaped by the consumption of knowledge, but requires the action of individuals to act on their principles.

For over three decades, Mises University has changed the lives of thousands of students—not including those around the world that watch online with the Virtual Mises University. This program is only possible thanks to the generosity of our donors.

Every year Mises University provides students with the opportunity to compete in the Mündliche Prüfung, a written and oral exam measuring knowledge of the Austrian tradition.

This year's winners were:

Continuing a scholastic tradition dating back to 1972, the Libertarian Scholars Conference returned for 2022, and relocated from New York City to Nashville, Tennessee.

This year’s conference featured a keynote address from Daniel McCarthy, Vice President of the Intercollegiate Studies Institute and a former Mises Institute Research Fellow, on the topic of Misunderstandings, Legitimate Differences, and Prospects for Harmony among Libertarians and Conservatives Today.

The conference featured 44 presenters on a variety of topics, as well as 24 students on scholarship, 13 of which presented papers.

The Mises Institute published Per Bylund’s new book How to Think About the Economy, a primer on Austrian economics. Copies were provided to Mises University students and, thanks to our generous donors, are available at the low price of $5 at the Mises Bookstore. It quickly became one of the Best Sellers on Amazon for New Releases in Economic Theory.

The Attempt to Prosecute Donald Trump Is Unleashing More Than Our Political System Can Handle by William L. Anderson
We Don't Believe You by Jeff Deist
Lessons from a Massacre Committed 450 Years Ago by James Bovard
The Fed Is Finally Seeing the Magnitude of the Mess It Created by Ryan McMaken
Biden Declares "MAGA Republicans" Enemies of the State by Tho Bishop
The Agenda behind Climate Change Catastrophism by Michael Rectenwald
Yes, They Were Socialists: How the Nazis Waged War on Private Property by John Kennedy
The Unending Farce of US Sanctions against Russia by Joseph Solis-Mullen
Germany Can Save Itself, and Possibly the World, by Abandoning Four Failed Policies by Patrick Barron
Inflation IS Money Supply Growth, Not Prices Denominated in Money by Frank Shostak 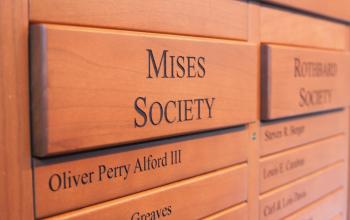 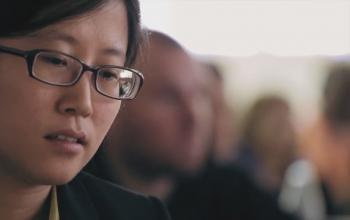