A
A
Home | Events | Jeff Deist at the Ron Paul Institute's Fall Conference in DC! 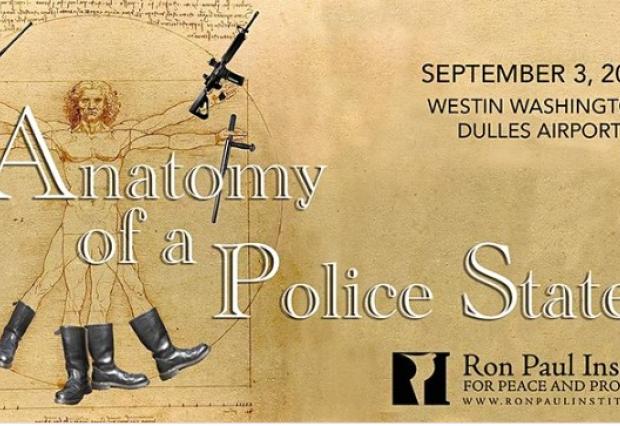 For the entire 21st century, the United States has been at war. War on terror. War for "democracy." Russiagate. A new Cold War. War on covid. An information war. War on privacy. War on free expression. War on dignity. War on us.

Where are we on the road to a full police state? As Bob Dylan sang, "It's not dark yet, but it's getting there."

Tyrannical entities like the Department of Homeland Security do nothing to keep the "homeland" secure, but rather spin off "disinformation governance boards" to shut down any criticism of government policies.

Democrats and Republicans compete with each other to see who is more authoritarian. All around are hate and war.

The end of money and the new age of digital currency promises to obliterate that last bit of privacy. Social media mega-corporations are the stormtroopers of maniacal government bureaucrats who seek to silence dissent.

Yet this is not the time for despair! This is the moment we have waited for. As their tyranny comes crashing on every side, this is the moments to raise the cry for liberty!

Join the Ron Paul Institute for a very special Washington Conference featuring brilliant presentations from the most important figures leading this fight for liberty. The past Washington Conferences have sold out, and we expect this one to do so as well. Get your tickets today!

Tickets include a delicious hot lunch and refreshments throughout the day. There are also regular rooms still available at the Westin Washington Dulles Airport.