The sovereign power of governments over the life and property of the individual is, in fact, the sole fount and spring of militaryism, policy, and protection ... the abolishment of that 'state' is the present, most urgent, need of society.

Gustave de Molinari was "the leading representative of the laissez-faire school of classical liberalism in France in the second half of the 19thcentury."

As Wikipedia put it, "Throughout his life ... Molinari defended peace, free trade, freedom of speech, freedom of association, and liberty in all its forms, and opposed slavery, colonialism, mercantilism, protectionism imperialism, nationalism, corporatism, economic interventionism, government control of arts and education, and all restraints on liberty."

When Molinari moved to Paris in the 1840s, he became active in the laissez-faire school in France, whose touchstones were private property and unrestricted markets — that is, liberty. Joseph Stromberg characterized their policy positions as "economic freedom coupled with real limits on the power of states to disrupt the market process through taxation, interventions, war, redistribution, creation of special privilege, and the like."

Further, "In this radical school of economists, Molinari stood out as the most radical. He appears to have been the first writer to draw the conclusion that government could, in effect, be replaced by competing companies or agencies offering to provide security and protection." He saw that if government as it has always been known — as an abuser of people's natural rights — could be supplanted by an agency that had no mandate other than providing security for life, liberty and property, its ubiquitous ham-handed intervention and interference would disappear with it. His role was such that Frederic Bastiat, from his deathbed in 1850, described Molinari as his successor.

That conclusion was merited by two strong defenses of liberty he put out in 1849, after France's 1848 revolution (positions which, later, forced him into exile from Napoleon III in his native Belgium): Les Soirees de la rue Sainte-Lazare and "De la Production de la Securite" (The Production of Security) in the Journal des Economistes. Rothbard wrote:"While an ardent individualist, Molinari grounded his argument on free-market, laissez-faire economics, and proceeded logically to ask the question: If the free market can and should supply all other goods and services, why not also the services of protection?"

He subsequently led a very active life of opposition to government coercion in myriad areas, perhaps most famously punctuated by The Society of Tomorrow, in which, 50 years later, his essential position had not changed (see references below).

Molinari focused on sovereignty. He recognized the problems of government sovereignty, and argued for replacing it with individual sovereignty, based on each person's private property in himself. And he saw how liberating a world of freedom would be for mankind. It is worth revisiting some of that vision:

The Problem of Government Sovereignty

"... government has abused its unlimited power over individual life and property, for the benefit of those classes on which it depends ..."

"The sovereign power of governments over the life and property of the individual is, in fact, the sole fount and spring of militaryism, policy, and protection ... the abolishment of that 'state' is the present, most urgent, need of society."

"Now in order to modify or remake society, it is necessary to be empowered with an authority superior to that of the various individuals of which it is composed. ... Do they in reality have a higher authority ... that the minority is obliged to submit to it, even if it is contrary to its most deeply rooted convictions and injures its most precious interests?"

"... men who obtained power ... were incessantly compelled to enlarge ... the functions of the State. Ever occupied with ... the maintenance of their own power, further charged with a multiplicity of incongruous functions, modern governments can with difficulty fulfill their task. This is the real explanation of the grossly inadequate performance of their first duty — protection of life and property of the individual."

"Whatever the intentions of a government, its tenure of office is so uncertain that party interest must be its first care. ... These men seek every kind of place, and press every kind of interest, and can only be satisfied at the expense of the rest of the nation. Policy and protection — of certain classes or certain interest — are added ... as burdens of the body politic."

"Citizens of constitutional States have obtained a right of consent to public expenditure, and to the taxes which furnish it, but the right has proved sterile. Their representatives have never checked the progressive rise in taxation and expenditure which has occurred in every State. ... And this process must continue indefinitely for just so long as governments, charged with guaranteeing national security, maintain their right of unlimited requisition upon the life, liberty, and property of the individual."

"It may be disputed whether this infinitesimal share in the sovereign power [voting] is sufficient guarantee of individual rights ..."

"The governing classes might not welcome the exercise of a right which curtailed their sphere of power, or ... menaced their ability to favor numerically superior sections at the cost of the less numerous."

"Society is heavily taxed in the increased costs which follow government appropriation of products and services naturally belonging to the sphere of private enterprise."

"[If] society is compelled to guarantee the life and well-being of the individual ... government, having that duty to perform, must be invested with the means — a sovereign power over the life and all possessions of that individual ... as the master regulates ... his slaves. The panacea for all evils, the last step on the road of progress, would thus be nothing else than a return to the first and barbarous stages of slavery."

"Government must confine itself to the naturally collective functions of providing external and internal security."

"... government should restrict itself to guaranteeing the security of its citizens ... the freedom of labor and of trade should otherwise be whole and absolute."

"[With] the guarantee of internal peace and external security. ... The primacy of national interest over all other claims ceases, at this point, to demand an absolute right of requisition over individual life, property, and liberty ..."

"However seriously he might be declared sovereign master of himself, his goods and life, the individual was still controlled by a power invested with rights which took precedence of his own. ... The sole possible remedy — to curtail this subjection with its priority of claims over those of the sovereignty of the individual ..."

"... the sovereign individual possesses the absolute right to dispose of his person and his property as he sees fit ..."

"[Individual sovereignty] is the right of each man to dispose freely of his person and his property and to govern himself."

"A natural instinct reveals to these men that their persons, the land they occupy and cultivate, the fruits of their labor, are their property, and that no one, except themselves, has the right to dispose of or touch this property."

"What is the interest of the individual? It is to remain the absolute proprietor of his person and property and to retain the power to dispose of them at will. ... It is, in a word, to possess 'individual sovereignty' in the fullest. Nevertheless, the individual is not isolated. He is in constant contact and relationship with others. His property and liberty are limited by the property and liberty of others. Each individual sovereignty has its natural frontiers within which it may operate and outside of which it may not pass without violating other sovereignties. These natural limits must be recognized and guaranteed ... such is the purpose of 'government.'"

"Sovereignty rests in the property of the individual over his person and goods and in the liberty of disposing of them. ... If an individual or a group employ their sovereignty to establish an organization designed to satisfy any need, they have the right. ... This is the sovereign right of the producer. However, this right is naturally limited by the rights of equally sovereign individuals in their dual character as producers and consumers."

"The individual remains completely sovereign only under a regime of total liberty. Any monopoly, any privilege is an attack upon his sovereignty."

"... progress will be still better secured by measures extending the sphere of individual self-government ..."

"The sovereignty of the individual will ... be the basis of the political system of the future community. ... It will belong to the individual himself, no more a subject but proper master and sovereign of his person. ... He will dispose, as he pleases, of the forces and materials which minister to his physical, intellectual, and moral needs."

Envisioning a World of Liberty

"... under a system of untrammeled liberty, these causes of disturbance will gradually cease hindering industry and commerce ..."

"The true remedy for most evils is none other than liberty, unlimited and complete liberty, liberty in every field of human endeavor."

"We seek a society in which there will be no stint in the production of all that is needful…an ideal that may be stated in two words, Justice and Plenty!...down the broad, well-trodden highway of liberty…our common cause, the cause of liberty…"

"... when the sphere of collective government has been reduced to its natural limits, and individual action has obtained perfect freedom, the influence of individuals upon the destinies of society and the race will rapidly increase."

"... a careful examination of the facts will decide the problem of government more and more in favor of liberty, just as it does all other economic problems ... after this reform has been achieved, and all artificial obstacles to the free action of the natural laws that govern the economic world have disappeared, the situation of the various members of society will become the best possible."

"... the future organization of society under a State of Peace and Liberty. ... Production will then be free to organize, subject only to a liability for the charges necessary to assure individual liberty and property, and nothing will stand in the way."

"... the ills [ascribed] to liberty — or, to use an absolutely equivalent expression, to free competition — do not originate in liberty, but in monopoly and restriction ... a society truly free — a society relieved from all restriction, from all barriers, unique as will be such a society in all the course of history — will be exempt from most of the ills, as we suffer them today ... the organization of such a society will be the most just, the best, and the most favorable to the production and distribution of wealth, that is attainable by mortal man."

Gustave de Molinari had learned of what he called "the destructive apparatus of the civilized State" from the example of the French Revolution, "naively undertaken to establish a regime of liberty and prosperity for the benefit of humanity end[ing] in the reconstitution and aggravation of the old regime for the profit of a new governing class, in an increase in the servitude and burdens." That inspired him to a long life of opposition to the destruction that goes with coercion, always looking forward to "The Society of Tomorrow, under a State of Peace and in an era of assured liberty."

Molinari brought a natural rights objection to government abuses of their citizens that should not have been considered radical, but was — that "no one has ever thought that the laws which apply to [government] are the same as those which apply to the others." He did so because he saw that "Everywhere, men resign themselves to the most extreme sacrifices rather than do without government and hence security, without realizing that in so doing, they misjudge their alternatives." He saw that the alternatives included a vast expansion of liberty, and an accompanying explosion of human potential and the human spirit. That is something our age, at least as much as any other, needs to be inspired toward, as well.

The Production of Security

02/15/1849BooksGustave de Molinari
Molinari argues that the voluntary society is the source of order that comes from freedom itself. There is no contradiction or even tension between liberty and security.
Formats 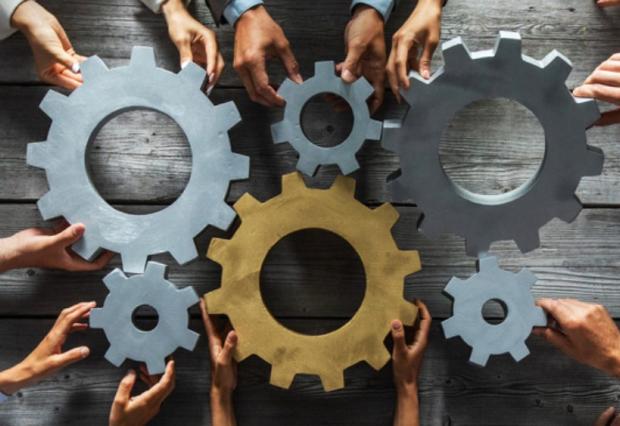