GET NEWS AND ARTICLES IN YOUR INBOXPrint
A
A
Home | Mises Library | Voting with Our Feet? Local Government "Services" and the Supposed Tiebout Effect

Voting with Our Feet? Local Government "Services" and the Supposed Tiebout Effect 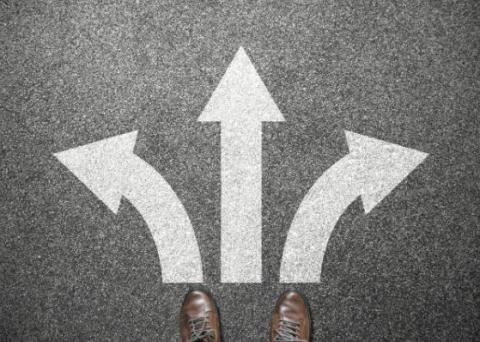 Since Paul Samuelson defined the term some fifty odd years ago, public goods has entered the popular lexicon and become an established belief. From the simple technical definition as a good that is non-excludable and non-rivalrous, thus subject to free riders, and therefore can only be produced by government or through governmental action, public goods now encompass almost any good that a statist desires, whether neo-con or liberal. To question the concept of public goods is to attack mom and apple pie.

The Tiebout Effect, the sorting of services and taxpayers, is supposed to provide a market solution that leads to a Pareto-Optimal equilibrium, guiding local governments toward providing only those services and quality of services that their respective residents want at a price they are willing to pay. Residents who don't like the mix of service, quality, and tax rate, "vote with their feet" and move to areas that better provide a mix that meets their preference rank. As residents either plant "for sale" signs and purchase homes elsewhere, or as prospective residents build new homes or buy existing homes, local governments recognize these activities as signals to either increase or reduce their service levels, depending on the perceived desires of the voting majority of community.

On the surface, the Tiebout model makes for a great justification for devolving a centralized government that can't provide for preference differentiation into many smaller local ones that can market themselves to individuals. Local governments are able to be as lean and mean as any private sector firm, at least according to Tiebout's model. But models are not reality.

Decentralized governments do compete with regard to tax incentives and public financing when trying to entice businesses to move into their area. But governments do not compete with each other by offering services in the same manner as entrepreneurs in the market place.

The easiest way to dispense with Tiebout is to recognize that the Austrian School has demolished the concept of public goods. Public goods simply do not exist. Sorry mom and apple pie. I am not going to address this here since there are many excellent articles and papers on the fallacy of public goods in general available at Mises.org .

The Rothbardian argument that a majority of voters does not speak for everyone also dispels the belief that the mix of so-called public goods, and local public goods, is a reflection of anyone's preference rank. No market in any sense exists where the majority plus one of those who chose to vote dictate the expenditures -- through taxation -- of all other. This is not a market, it as a coerced redistribution of wealth. Those in the voting majority simply become the net tax consumers while all others become the net taxpayers.

Despite the Austrian refutation, mainstream economists still cling to the public goods fallacy. In particular, many papers are written that cite the Tiebout Effect, especially in reference to local public schools and property values. Economist use Tiebout models in attempt to show that individuals voting with their feet drive improved school performance and increase property values.

While it may be true that individuals on initial draw seek communities that best match their preference mix of services and tax rate, individual preferences change as does the local government's mix of services and tax rate. Since the taxpayer is captured by the transaction costs associated with moving, local governments are under no pressure to satisfy changing preferences. Entrepreneurs in the market, on the other hand, must quickly respond to any change in preference or suffer financial loss or ruin. Governments as monopolies are immune to such market pressures.

For sake of argument, let's agree that there is such a beast as public goods and that government is the entity most capable of supplying such services. The question I want to address is: Does the concept of local public goods provide a market that is driven to efficiency through the movements and sorting of individuals?

Like the often used example of the frog that blissfully allows itself to be boiled if the water temperature is slowing increased from lukewarm to boiling, taxpayers can also be boiled under rising tax rates simply because the marginal cost of moving exceeds the marginal cost of almost any new property tax. This has a piecemeal effect as taxes are increased every so often but each new step in tax rate does not warrant a move. Slowly the tax rate brings the homeowner to the boiling point, boiling under the collar anyway.

People tend to fall on the sword of collectivism and believe that a community is based on homogenous preferences. Nothing could be farther from the truth. School districts like to create the ideal-type resident and then assign attributes. Districts say that, "Our residents want program x." Does their community -- an aggregation of individual acting residents -- really want program x offered at the local schools? No, some parents want program x offered because they would rather not pay the full cost themselves but favor having their neighbors forced to split the bill. Districts like having program x simply because they now have a dependent constituency that will support additional tax increases.

Assume that you are offended by this machination of democracy or recognize yourself to be a net taxpayer for someone else's wants, what do you do? Is moving to another school district that has a better mix of service and tax rate the efficient and rational response. Not usually since the likely closing costs, moving expenses, and other real estate fees, drain about 10% off of the paper value of a house. The cost, real and assumed, to the owner of a $250,000 house is close to $25,000 with each move. It becomes obvious that it make sense to let the tax temperature rise just a few more degrees, even though the boiling point is rapidly approaching.

What about improved efficiency and performance of the local public school system due to the Tiebout Effect? From a market standpoint, the consumer must be able to operate in an unhampered market in order to guide the economy. The public school market is neither. Given that my singular vote has no impact on a tax levy and that I can't simply cross district lines without incurring a large cost, I am captured by the school market. If I am a regular at Burger King and the service or price changes in a manner I do not like, I can easily cross the street to McDonald's, Wendy's, etc., without having to bear any additional cost. In fact, the managers of the other restaurants will welcome me with open arms. There is no system of local public goods ready to serve me in the manner of the fast food market since I can't really "vote with my feet." The school system recognizes this and therefore sees no need for improvements in services relative to costs.

Oh, sure there are studies that show the occasional Tiebout Effect in the housing market, but here are also many studies showing no effect whatsoever. Certainly acting individuals sort themselves on any matter in question, but we can never know what the true reason for the sorting is. When econometricians use models that are based on the idea-type community member and then make assumptions about preference rankings, they are operating without a solid epistemology.

The above analysis shows that no free market for supposed public goods exists, local and otherwise. But if you require empirical data, just look around. Have you ever seen school districts, or any other local political entity, embrace improvements in order to capture a better market share? What you will see is school districts spin any change in outcome, whether positive or negative, as improved academic performance, and any additional cost as improved service. You will also see school districts claim that the school market is such that any reduction in funding or salaries will hurt student outcomes even though government expenditures and quality outcomes are inversely related.

School districts do not fear rising costs the same as the local businessman. Districts show no concern when their tax rates begin to exceed neighboring districts, in fact they will sell their need for operating levies on the basis that they spend less then neighboring districts -- cost equal service.

Imagine if McDonalds refused to acknowledge the hamburger price at Wendy's across the street. Imagine if consumers of computers could be led to believe that quality cannot go up even as prices go down. That would make for a strange market, but it is the market for supposed local public goods.

In addition, as Rothbard showed, taxation reduces the value of the item taxed. There you have it, schools don't improve, but taxes rise and potential property values fall.

A Tiebout Effect? Local public goods? No, you have been convinced by the fallacies and captured like the soon-to-be-boiled frog. It's not you choosing the mix of service and tax rate, it's the school system, or other governmental entity, making the choice for you.