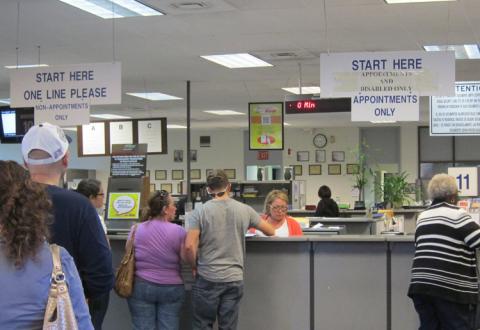 The bureaucrat is not only a government employee. He is, under a democratic constitution, at the same time a voter and as such a part of the sovereign, his employer. He is in a peculiar position: he is both employer and employee. And his pecuniary interest as employee towers above his interest as employer, as he gets much more from the public funds than he contributes to them.

This double relationship becomes more important as the people on the government’s payroll increase. The bureaucrat as voter is more eager to get a raise than to keep the budget balanced. His main concern is to swell the payroll.

The political structure of Germany and France, in the last years preceding the fall of their democratic constitutions, was to a very great extent influenced by the fact that for a considerable part of the electorate the state was the source of income. There were not only the hosts of public employees, and those employed in the nationalized branches of business (e.g., railroad, post, telegraph, and telephone), there were the receivers of the unemployment dole and of social-security benefits, as well as the farmers and some other groups which the government directly or indirectly subsidized.

Their main concern was to get more out of the public funds. They did not care for “ideal” issues like liberty, justice, the supremacy of the law, and good government. They asked for more money, that was all.

No candidate for parliament, provincial diets, or town councils could risk opposing the appetite of the public employees for a raise. The various political parties were eager to outdo one another in munificence.

In the 19th century the parliaments were intent on restricting public expenditures as much as possible. But now thrift became despicable. Boundless spending was considered a wise policy. Both the party in power and the opposition strove for popularity by openhandedness. To create new offices with new employees was called a “positive” policy, and every attempt to prevent squandering public funds was disparaged as “negativism.”

Representative democracy cannot subsist if a great part of the voters are on the government payroll. If the members of parliament no longer consider themselves mandatories of the taxpayers but deputies of those receiving salaries, wages, subsidies, doles, and other benefits from the treasury, democracy is done for.

This is one of the antinomies inherent in present-day constitutional issues. It has made many people despair of the future of democracy. As they became convinced that the trend toward more government interference with business, toward more offices with more employees, toward more doles and subsidies is inevitable, they could not help losing confidence in government by the people.