Your Money or Your Life 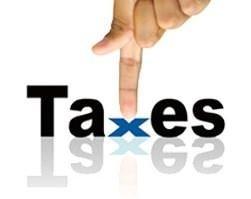 April 15th is a horrible day, because it sums up all the wealth destruction called taxation that we are subjected to all year long.

As Murray Rothbard pointed out, taxation is the worst method of looting us. Inflation is destructive, of course, and it might make a loaf of bread cost $10. But at least you get a loaf of bread. With taxation, you get nothing—except theft and other violations of our civil liberties.

Society, as Mises noted, is divided into two competing classes by interventionist government: the taxpayers and the tax consumers. If you are a payer, you are automatically demonized as greedy. On the other hand, those who want the fruits of your labor involuntarily transferred to themselves and their favored pressure groups are the compassionate.

At the Mises Institute, we have a different view. You have a right to what you earn, and those who use the threat and reality of government violence to take it from you are muggers in expensive suits. As Murray said, the State is just a gang of thieves writ large.

The politicians blab about spending cuts, but it is all lying propaganda. They plan to increase spending, but use the specter of alleged spending cuts as another excuse to pick your pocket with more taxes. (Spending cuts? Please throw us in that briar patch, Br’er Government.)

Then there are the attacks on tax “loopholes,” when you are allowed to keep some of your own money. As Mises said, it is through these loopholes that capitalism breathes.

But centuries of pro-tax indoctrination has had its effect. Eighty percent of people, according to a Pew study, think it’s immoral to “underreport” one’s income. It’s as if the politicians own us, but generously let us keep some of our own earnings.

That Pew survey does provide one ray of hope: more and more young people dissent from the morality of coercive taxation. We saw the anti-tax passion of the Ron Paul movement, and we see it at the Mises Institute.

It’s true, more and more young people reject the notion of taxation. They want lower taxes. Most of all, they want no taxes. They think they should be able to keep their own earnings.

With our publications, classes, website, and conferences, we are reaching these young people about taxes and the rest of government.

The young don’t want to be sheared. And they are looking for the freedom answers, for example that private property should be inviolate, for moral and economic reasons. They understand, as did 16th-century economist Juan de Mariana, that the only free country is one where no one is afraid of the tax collector.

The Mises Institute is rallying the young to our ideas on taxes and everything else. Please help us, in the shadow of April 15th, continue to do so, and to step it up.

PS: Needless to say, the Mises Institute does not accept one zinc penny of government funding. We depend on generous supporters like you to make our ideas widely available. Won’t you help?