GET NEWS AND ARTICLES IN YOUR INBOXPrint
A
A
Home | Mises Library | Yes, Minimum Wages Still Increase Unemployment 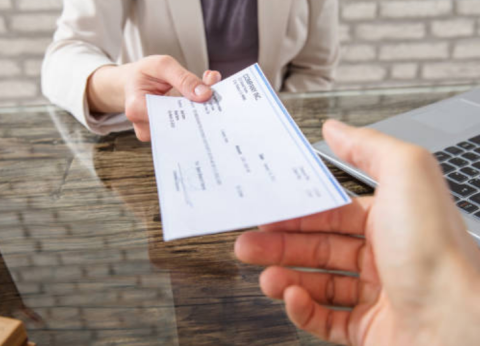 The general public has generally been pretty ignorant regarding economics, so it’s understandable that many would fall for hollow populist appeals. However, a series of new studies on the minimum wage purport to show a low or non-existent impact on unemployment. Seventy-five notable economists even signed a petition to President Obama to raise the minimum wage.

This would seem at odds with basic economic theory. After all, demand curves are downward sloping, aren’t they? At some point, an increase in the minimum wage has got to cost jobs. If the minimum wage was increased to $100 per hour, obviously that would cost a lot of jobs. No one would disagree with this. So in that case, why wouldn’t increasing it to $10.10 per hour cost some jobs, right?

Before the latest wave of revisionist studies, the idea that minimum wage hikes don’t cause unemployment received a substantial boost in 1994 from a study of New Jersey-Pennsylvania fast food workers. However, David Neumark and William Wascher re-evaluated the evidence and found that the “New Jersey minimum wage increase led to a 4.6 percent decrease in employment in New Jersey relative to the Pennsylvania group.”

If we include regional-specific trends indexed by time period, the influence of the minimum wage begins to disappear and, in particular, using their preferred control group method (of contiguous county pairs) completely obliterates the textbook finding. The minimum wage may even have a positive impact on employment.

However, as Murphy notes, these adjustments “might mask the policy’s true effect.” As a recent working paper from Jonathan Meer and Jeremy West finds,

In essence, minimum wage increases make it more likely that firms won’t hire new people than that they will fire current employees. For example, movie theaters have stopped employing ushers almost entirely. And many companies are moving toward more automation, at least partly because of minimum wage increases.

Furthermore, there is another major problem as Robert Murphy’s points out,

… careful analysts will often summarize the new research in a nuanced way, saying “modest” increases in the minimum wage appear to have little impact on employment. But the proposed increase from $7.25 to $10.10 an hour is a 39-percent increase, which can hardly be characterized as “modest.” Such an increase, therefore, could well destroy teenagers’ jobs, notwithstanding the revisionist studies.

Our review indicates that there is a wide range of existing estimates and, accordingly, a lack of consensus about the overall effects on low-wage employment of an increase in the minimum wage. However, the oft-stated assertion that recent research fails to support the traditional view that the minimum wage reduces the employment of low-wage workers is clearly incorrect. A sizable majority of the studies surveyed in this monograph give a relatively consistent (although not always statistically significant) indication of negative employment effects of minimum wages. In addition, among the papers we view as providing the most credible evidence, almost all point to negative employment effects, both for the United States as well as for many other countries.3

Indeed, even the Congressional Budget Office estimates that increasing the minimum wage to $10.10 per hour will cost 500,000 jobs.

Hurting Those It’s Meant to Help

The minimum wage is constantly sold as good for workers, or minorities or women. In truth, it hurts the most vulnerable and those its well-intentioned sponsors intend to help.

Yes, it’s hard to make ends meet with a minimum wage job and such jobs certainly aren’t enviable. That being said, cutting out the bottom rung from people just makes it all the harder to get by. A bad job is better than no job and it is often the first step to something better. This is further shown by an illustrative chart provided by economist Mark Perry comparing the minimum wage with teenage unemployment. The two are almost perfectly correlated.

And while the large majority of those pushing for an increase in the minimum wage have good intentions, this has certainly not always been the case. Much like rent controls, increasing the minimum wage reduces the price of discrimination by creating a surplus of laborers for employers to choose from. Whereas many have noted the odd alliance of “Bootleggers and Baptists” when it came to Prohibition, another odd alliance of “Populists and the Prejudiced” could just as easily be applied to the minimum wage.

When Apartheid was collapsing in South Africa, the economist Walter Williams did a study of South African labor markets and found that many white unions were seeking to increase the minimum wage. He quotes one such union leader as saying “… I support the rate for the job (minimum wages) as the second best way of protecting white artisans.” By pricing out less educated black laborers with a minimum wage, white unions were able to insulate themselves from competition.

Indeed, the Davis-Bacon Act, which demands that private employers pay “prevailing wages” for any government contracts, was explicitly passed as a Jim Crow law in order to protect white jobs from cheaper black competitors. And while the minimum wage is supported with much more pleasant rhetoric these days, the effects on black employment, particularly black teenage employment, have been devastating. As Thomas Sowell observes,

In 1948 … the unemployment rate among black 16-year-olds and 17-year-olds was 9.4 percent, slightly lower than that for white kids the same ages, which was 10.2 percent. Over the decades since then, we have gotten used to unemployment rates among black teenagers being over 30 percent, 40 percent or in some years even 50 percent.

It’s hard to imagine that black unemployment was actually less than that of whites. But that is the effect minimum wage laws can have.5

Ending poverty and giving people additional income are praiseworthy goals, but there are no free lunches in this world. And trying to force prosperity through a minimum wage simply creates a whole host of negative and unintended consequences especially for those who are the most vulnerable.