What Does Marginality Mean? | Mises Institute
Skip to main content

GET NEWS AND ARTICLES IN YOUR INBOXPrint
A
A
Home | Mises Library | What Does Marginality Mean?

What Does Marginality Mean? 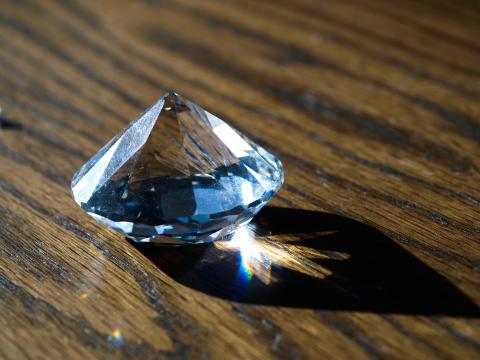 What does it mean to act "on the margin" or to think in terms of "marginality?" Economists use the term often. The Mises Circle in interwar Vienna even had songs with refrains that included the words "marginal utility."

On the very first day of my principles courses, I teach my students that people make decisions "on the margin." Of course, this pronouncement is greeted primarily with looks of resigned boredom and/or helplessness. I try to clarify by saying that if we look at a piece of paper, the margin is just the edge, not the entire sheet. This explanation also does little good. The fact is, economists are so used to marginal thinking that they have a hard time explaining it to someone who's never heard of it before. And so what I do is jump quickly into some examples.

The most famous application of marginalism is the solution to the so-called water-diamond paradox, which seemed to stump Adam Smith in his Wealth of Nations.1 The problem is this: Why do diamonds have a higher exchange value than water, when diamonds are a mere frippery while water is essential to life? Shouldn't people be willing to offer more in exchange for a unit of water than for a unit of diamonds?

The solution, of course, is that no individual is ever in the position of choosing between all of the diamonds in the world and all of the water in the world. A given choice is made on the margin. If offered a choice between a cup of water and a handful of diamonds, most people would pick the latter because the marginal utility of those particular diamonds is higher than the marginal utility of that particular cup of water.

Some economists would describe this situation by saying that diamonds are scarcer than water, because the demand for diamonds relative to their supply is so much higher. Yes, water is more important for human welfare than diamonds, but there is so much water to go around that even if 10 trillion gallons were to disappear, no one would care. On the other hand, if only a few pounds of diamonds were to vanish, some people would be very upset.

The classical confusion over use and exchange value resurfaces in modern times whenever someone laments: "Teachers make only a fraction of what professional athletes make! Doesn't this country care about education more than sports?!?"

Again, such statements do not take into account the fact that decisions are made on the margin. The fact that a teacher makes $25,000 while a baseball player makes $250,000 does not imply that anyone thinks baseball is more important than education (though some may indeed believe this!). All it really means is that the first employer believes that the services of that particular teacher are worth (at least) $25,000, while the second employer believes that the services of that particular baseball player are worth (at least) $250,000.

As with water and diamonds, the issue is one of relative scarcity. The aptitude and skills necessary to be a teacher are in much greater abundance (relative to the uses others have of teaching services) than the aptitude and skills necessary to become a professional athlete (relative to the quantity of professional sports that consumers wish to see). If fifty random US high school teachers were to suddenly quit, the impact on education would be negligible; replacements could be found almost immediately, and within a short while no one would notice the change. But if suddenly fifty random NBA players were to quit, the league would take years to fully recover from the loss.

Before leaving the issue of teacher versus athlete pay, let me point out one subtle contradiction by the critics of capitalism: the very same people who remind us over and over that a person's income is no measure of his or her intrinsic worth, are the ones who complain the loudest over this country's "priorities" when it comes to salaries. But if we are already agreed that a person's salary has no relation to moral worth or social importance, then why is the teacher (or nurse, fire fighter, etc.) entitled to more money than the professional athlete?

A logical extension of marginalist thinking is the notion of sunk cost. The principle here is usually summed up by the expression "Bygones are bygones." For some reason, people have a tendency to make inferior present decisions out of a misguided attempt to mitigate previous errors in forecasting.

A typical example would be a man who goes to a fancy restaurant and in a fit of daring orders a hundred-dollar entrée even though the waiter warns him that it is quite spicy. Upon his first taste of the dish, the man realizes that it is far too hot for his mild palate. Indeed, the man finds the dish so intolerable that he would normally throw it out. But because the man will have to pay $100 for it (we assume he can't send it back for a refund), he forces down the dish to "get his money's worth."

The error2 here is that our man is forgetting that the $100 is sunk. Whether he eats the entrée or not, he will have to pay the restaurant $100 when he leaves. His prior decision—ordering the dish—committed him to this, and it was that decision that truly cost him $100. Now, with the spicy meal sitting in front of him, the man is confronted with a subsequent choice: Eat the dish or not? If, by stipulation, the man would rather go hungry than force down the meal if it were free, then he should do the same here, for the decision to eat or not eat the dish carries no financial considerations. (I.e., no one is waiting in the wings to hand the man a hundred-dollar bill for cleaning his plate.)

A similar example would be someone who spends $1000 on a gym membership and then forces himself to go every day, even though he wouldn't do so if the membership had cost only $100. Once again, that $1000 is already gone3 —the man must now decide, each day, whether to go on that day or not. Each choice is a marginal one; the man cannot undo his earlier actions. He is no longer in the position of choosing whether or not to join the gym.

I will end with a final example drawn from actual experience. I know someone who spent a great deal renovating a house which happened to have an old, rotted tree standing next to it. When asked by the next door neighbor about chipping in a few hundred dollars to have the tree removed (lest it fall on either house), the owner apparently responded by saying, "Naw, I've already put too much money into this property."

As with the diner's justification, this explanation is also nonsensical, because it fails to treat bygones as bygones. The money had already been spent renovating the house. Now the issue is this: Is spending a few hundred dollars worth the reduction in risk of damage to the house? Maybe it is, and maybe it isn't; I am not saying the owner made the wrong decision. But the claim that this decision should be influenced by how much "total money" has been pumped into the project, although understandable, falls apart under closer scrutiny.

One of the basic principles of economics is that people make decisions on the margin. Fundamentally, this is a positive statement: people do in fact only make choices among marginal units; nobody ever chooses between "water" and "diamonds." However, the marginal principle (and the related doctrine of sunk costs) may also be prescriptive whenever people make decisions based on faulty chains of reason.