GET NEWS AND ARTICLES IN YOUR INBOXPrint
A
A
Home | Mises Library | Vouchers: Enemy of Religion 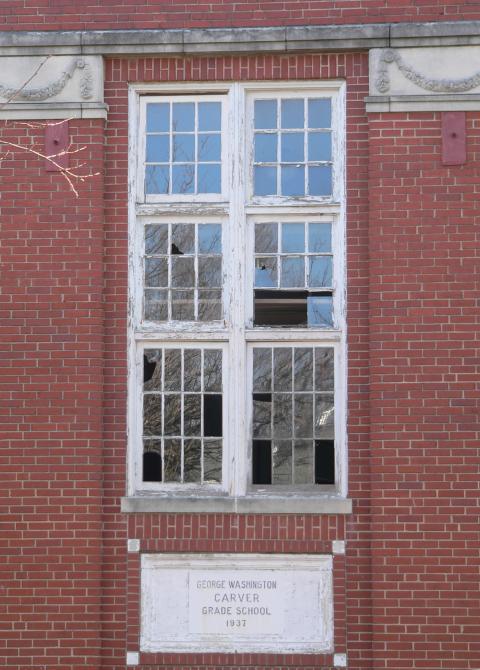 Supporters of school vouchers are jumping for joy over a Wisconsin Supreme Court edict that permits tax dollars to be used at religious schools. They hope the decision will be the basis of a vast expansion of vouchers (four other states are debating this same question), eventually leading to a federal voucher program that will "privatize" all education.

But there are flies in this ointment, enough to cause religious conservatives to rethink any sympathies they've had for vouchers. For the court did not rule that religious schools can receive government money with no strings attached. It ruled narrowly on the Milwaukee program itself, which only passed muster because of its rigid restrictions. Though few will actually read the decision, it is perfectly clear that in order to receive vouchers, religious schools will have to surrender all control over admissions and gut any doctrinal teaching integral to their curriculum.

First, let's deal with the eligibility criteria for students. The money is not available for the children of middle-class people who actually pay the taxes that support the public schools. It is available only for those the government defines as "poor," the very group that already enjoys vast subsidies in the form of free medical care, housing, day care, food, and cash. Vouchers represent not a shrinkage of this welfare state but an expansion, the equivalent of food stamps for private school.

What's more, vouchers are available only for children currently in public school, which creates perverse incentives and strikes at the heart of fairness. Parents scraping by to pay their child's tuition at a parochial school get nothing, but the next-door neighbor, who lets her kid founder in the streets and the public schools, gets a full scholarship. Parents will have every incentive to rip children out of private schools and put them back into the public ones temporarily, just to be eligible for the program.

And what about middle-class kids in the private school? We know how much animosity small freebies like meals for some but not others create in public school. What about free tuition at private schools for some but not others? No matter how you slice it, vouchers represent more welfare, another free lunch for the underclass paid for by everyone else.

Second, vouchers will have a disastrous effect on religious schools, which will have no choice about which voucher students they can accept. Catholic schools cannot pick Catholics over Hindus. Single-sex education is out. Nor may schools consider a history of abject academic failure or even violence. In fact, the court underscored that schools are prohibited from exercising any judgment whatsoever about the students they take in (except that they may give preference to siblings). As Supreme Court Judge Donald J. Steinmetz, writing for the majority, said in these startling sentences, beneficiaries are to be "selected on a random basis from all those pupils who apply and meet these religious-neutral criteria." And again, "the participating private schools must select on a random basis the students attending their schools."

That's right: random admissions, somewhat like public schools. The inability to pick and choose among students, and kick out students who don't cut it in academics or discipline, is one of the reasons public schools are in trouble. Apply the same rule to private schools, especially religious schools, and you go a long way toward making them carbon copies of the schools so many are anxious to flee. Many of the recent public school shootings have been committed by students enthralled to Satanic cults. Vouching-taking schools would not be allowed to exclude even them.

Look at the demographics of the students in the Milwaukee program. As reported by Daniel McGroarty in the Public Interest, the great majority are on welfare and all are "very near the bottom in terms of academic achievement" and exhibit "a history of behavior-related problems." Do we want these kids crashing the private schools of the country at taxpayer expense? No wonder the likes of far-leftist Polly Williams is celebrating.

Third, regarding the religious content of the curriculum, the Wisconsin state legislature added an "opt-out" provision that prohibits a private school from requiring a student "to participate in any religious activity if the pupil's parent or guardian submits to the teacher or the private school's principal a written request that the pupil be exempt from such activities." The existence of this provision helped persuade the court that there was no violation of the U.S. Supreme Court's diktats about church and state.

But this betrays an astounding ignorance of the way many religious schools teach. There is no such thing as a "religious activity" separate from the general learning program of the school (as there might have been in public schools before the Supreme Court prohibited even that). The very purpose of these schools is to weave religious values into the process of learning.

The court's mandate requires that the religious side of the curriculum be distinct and separate from the secular curriculum, and that the secular side be large enough to prepare students to pass standardized tests. In practice, this will require any supposed religious school to model itself on non-sectarian schools or public schools, and to do so in opposition to the parents who are shelling out tuition money precisely so their children will have their faith reinforced.

Prayer will be allowed, so long as ample time is provided for opting-out students, even if there is only one, to leave the classroom. And can the teacher make casual reference to religious doctrine in the course of the day without first permitting opting-out students to cover their ears? And what about something as simple as a crucifix or a statue of the Blessed Mother in a classroom? Is looking at them a "religious activity"? In that case, they must be tossed out, just as they were in Catholic universities taking government money in the 1940s.

Keep in mind that these are only the first round of restrictions. Inevitably, there will be new challenges to particular practices of these religious schools, and if the courts continue in the direction they've been heading for 50 years, religion will be systematically banished. In order to avoid lawsuits, schools will err on the side of caution by voluntarily cutting the heart out of their programs.

Knowing the implications of these "opt-out" clauses, Cardinal Hickey of Washington, D.C., refused to allow his diocesan schools to participate in voucher programs. His refusal effectively and thankfully killed a bill in Congress that would have allocated the money.

Yet even without opt-out clauses, government money always poses a danger. Control follows tax money, so vouchers guarantee that the whole system of private education will eventually be absorbed into a gigantic government-funded propaganda machine, with the only pockets of diversity being schools that refuse any subsidies at all, though they will then be frequently outcompeted. This is precisely what happened on the university level, with a disastrous homogenization and dumbing-down.

The idea of vouchers originated on the neoconservative right with Milton Friedman, but increasingly, the left has figured out that vouchers represent their dream come true: more special privileges for the poor, an expansion of the welfare state, the elim ination of exclusive admissions, and the destruction of anachronisms like schools that still teach religious truth. We face an unholy alliance of big-government libertarians and equality activists of all stripes to rob us of what remains of educational freedom, and to do so in the name of serving up ever more of our tax dollars to the underclass.

Meanwhile, the advocates of vouchers are busy trampling on decades of conservative attacks on the notion of a "right to a quality education," which is a slogan of the left now recklessly tossed around by the Institute for Justice and the rest of the Beltway cabal. But be aware that the language of voucher supporters is drawn from an alien tradition that has no regard for limiting power and protecting property, and no appreciation for the natural inequalities of social position that are an inherent part of a free society.

To truly equalize educational opportunity would require yet another massive round of judicial activism to override neighborhood, town, and state jurisdiction, as well as the distinctions between producers and non-producers, which is apparently what the leaders of the voucher movement advocate.

We are seldom spared the tyranny of the judiciary imposed on us by leftistegalitarians, who think nothing of robbing us and abolishing our right to self government. Must we also suffer this fate at the hands of left-libertarians and neoconservatives stupefied by egalitarian fantasies of state-subsidized racial uplift? Not if voters have anything to say about it. Proposition 174 in California, a model piece of voucher legislation backed by all the usual suspects, crashed and burned at the polls for the very reasons laid out here. But now the activists are cheering on the courts to destroy private schools and what's left of decent public schools, at our expense.

Just as bad, vouchers reinforce the twin evils of public education: involuntary funding and compulsory attendance. As Mark Brandly of Ball State University has pointed out, compulsory attendance laws not only violate parental rights, they allow government to define what a school is, and therefore to outlaw such developments as small, informal neighborhood schools, held in homes, where one mother teaches arithmetic, another reading, another Christian doctrine, and so on. Yet today, such alternative schools are illegal. Vouchers do nothing to end that oppressive situation, and, in fact, go in the opposite direction: toward more draconian regulation and attempted abolition of religious education.

Religious conservatives need a more radical agenda. Get the federal government out of education, and cut federal taxes drastically, so parents can keep more of their own money. Eliminate the taxes that now fund the public-education industry at the state level, and keep all taxes and decision-making at the local level. The ultimate goal must be entirely private education. Government is always in competition with God, since it wants children trained to worship it. As for private and especially religious schools, including home schools and cooperative groups of home schools, we must oppose any restrictions whatsoever. The push for vouchers is not only a distraction from this urgent agenda; it is destructionism masquerading as freedom.