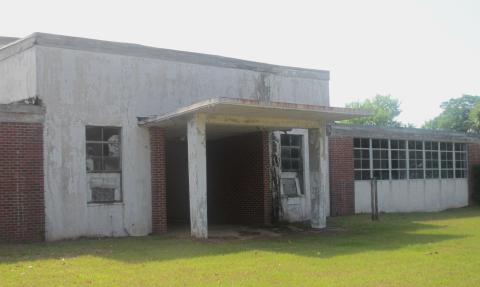 For years, the Right has promoted educational vouchers as an alternative to public schools. This has always been a delusion. The schools that take vouchers become the province of government regulators, while the money for the vouchers is taken out of the hide of taxpayers already being looted for public schools. Vouchers increase, not reduce, government involvement in education.

Take a gander at the recently implemented and much-heralded Florida voucher program. Kids with good or even passable academic records are not eligible. Only the worst students from the worst public schools are allowed to use the voucher. Some voucher proponents hope to see this program expanded to everyone, but that still would not address the real issue.

Leave aside their discriminatory impact and cost, and consider only their effect on schools themselves. At best vouchers are an expensive attempt to reinvent the public schools, a doomed effort. At worst they are an attempt to force private schools to operate exactly like the public schools. Considering all the red tape the private school subjects itself to, they are a giant step in the wrong direction. (You can read the 181-page Florida law here).

After the government gets through with them, these private schools might as well be public schools. They must:

We are talking about mountains of paperwork here, and a sacrifice of all independence. It’s understandable that only a few private schools in Florida have been willing to subject themselves to the regulators. Let’s hope that those who refuse this control don’t face financial constraints that will suck them into the voucher system.

The solution to this problem is not to repeal the regulations. So long as public money is involved, the government will always run the show—as artists have surely figured out by now. The public, in fact, is right to expect some accountability in the way tax dollars are spent. The solution is to draw a strict line of separation between school and state by never permitting their finances to mix.

But don’t vouchers save money? Actually, the opposite is true. The Florida voucher plan will increase spending over present levels by $1.2 billion. Moreover, any money that is saved on tuition is not returned to the taxpayers but dumped back into the public school system. Making matters worse, public schools declared bad enough to permit their students to attend welfarized private schools get increased government funding. All told, taxpayers are going to be pillaged.

No wonder the Left is increasingly interested in vouchers. It’s a big-government program that increases, not reduces, the role of government in education, and will turn any institution taking vouchers into a carbon copy of state schools themselves. For example, the notoriously liberal Urban League of Miami argues for the constitutionality of vouchers, even though under federalism, their constitutionality shouldn’t be in question (as versus their wisdom). What the Urban League likes is the welfarist aspect of the program. It’s food stamps for education.

Writing in the July 1999 Atlantic Monthly, liberal commentator Matthew Miller chides the Left for not seeing the inherent advantages of vouchers. They increase education spending, give preferences to the poor, and subject private schools to public control. From the socialist perspective, he asks, what’s the problem? Good question.

The real mystery is why conservatives, libertarians, or religious activists would cheer the Florida or any other voucher plan. Perhaps they have begun to believe their own neoconservative rhetoric about educational inequality, the plight of the poor who can’t afford fancy schools, and the unjust privileges given those who can afford good schools. Notice how it is the schools, rather than the little darlings in them, that are always at fault?

As a thought experiment, Miller proposes a new federal $8 billion spending program, so bad students in six big cities can take their F’s and sometimes criminal behavior to private school at our expense. Incredibly, in interviews, Miller got Republican candidate-in-perpetuity Lamar Alexander and libertarian lawyer Clint Bolick of DC’s Institute for Justice to endorse the idea. Again, that’s a wholly new $8 billion federal program, endorsed by a self-proclaimed conservative and libertarian!

If American education is to have a future, it’s not through more government spending, control, and centralization. It is through increased local and private spending and control. The ideal is zero government involvement. Why does any freedom lover have to be reminded of that?