Value and the Environment 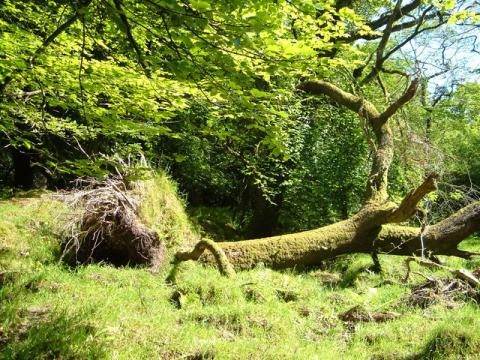 The riddle goes, "If a tree fell in the woods and no one was around to hear it, would it make a sound?" But perhaps a more appropriate question is, "Would anyone care?"

In answering the latter question, we can determine whether the falling tree is of any concern at all. After all, if no one is bothered by an event, and moreover, no one acts on the basis of an event, the event is completely irrelevant. This fact, though seemingly obvious, provides the framework for all economic analysis and the valuation of any given object.

The most fundamental characteristic of humans is that we employ purposive action in order to obtain desired ends. The individual subjectively defines these ends, and he always acts rationally in that he believes the means he employs will best satisfy his ends. Whether the means he employs actually result in his desired ends is another question and is one that can only be judged by the acting individual. An outside observer can determine nothing about how well the result satisfied the actor but knows only that the actor expected it to be the one, out of all actions available to him, that he would profit from the most.

In the real world, human action can only manifest itself through material objects; man must utilize the resources that nature gives in order to employ means. If man desires to live, he must obtain food, shelter, and other physical necessities. If he wishes to have tools in order to make his future actions more productive, he must combine his labor with the earth while sacrificing present consumption. On the most fundamental level, to exist in this universe, man must occupy space.

Since all actions consist of using material objects in a manner to reach a desired end, man assigns value to these objects. The value of any object to an individual depends foremost on the ends that the object can be employed toward. If an object is necessary for the attainment of an end high on an actor's value scale, he will accordingly assign a high value to it. The object's value also depends on the availability of other objects that can be used to reach the same end. For example, an actor may assign an extremely high value to an apple tree if it's the only food available and he desires to eat, but the value will likely decrease if he is able to obtain deer.

Man subjectively defines the ends he wishes to obtain, and therefore the value of any given object is subjective to him. This is the answer to a question that long plagued economic thought: where the value of objects comes from. In an advanced free market, the interaction of individuals results in a price system. Every individual, working with material objects to obtain desired ends, must arrange himself to satisfy the wants of others through trade if he wishes his own wants to be satisfied. Prices tell him how much he must exchange for other objects, and his own actions in the market affect these prices. Prices, then, are entirely dependent on the subjective value that every individual in the division of labor assigns to objects.

Without the price system that arises through the voluntary interactions of individuals, no one would be able to know what objects other people desire and, therefore, would not know what could be produced to satisfy their wants. It is for this reason that any system not based on the voluntary price system must result in a chaotic state where the means to obtain desired ends are not clearly known. An actor would know what he desires, but without the price system, he would have no idea what he could produce in order to trade others for the objects he wants.

With regard to the falling tree, we can state categorically that it has no value if it has no role in human action. Since humans are the only beings capable of purposive Action, all material value is completely dependent on us. While all objects possess intrinsic physical properties, none possess intrinsic value. For this reason, it is absurd to advocate the conservation of natural resources as an end in itself.

Environmentalists typically call for the preservation of nature by forcing individuals from freely using their property or from homesteading unowned land. Nature, we are told, possesses its own value outside of human activity, and it is therefore important to conserve resources so that they will still be here in the future. Some even go so far as to say that animals and vegetation have just as much a right to the earth as humans. The conclusion is that humans must be forced to use as little of the earth as possible.

Since animals and vegetation cannot consciously employ means to reach desired ends, nature can have no value with regard to them. In fact, animals and vegetation only have value in their ability to satisfy the wants of men. If pristine nature is valuable to men, then it will command its own market that will result in an allocation consistent with the laws of economics. But if men do not value pristine nature, then it has no value, and any action to force its preservation would not allow it to be used in ways where men would derive value. Certainly the environmentalists value undeveloped nature or they would not be on their crusade, but their attempt is to force their own arbitrary value judgments on others.

The environmentalists constantly bemoan the "crises" of depleted resources: trees being cut down, oil reserves being drained, and animal species becoming endangered. They make statements that seem sensible--such as, that it is obvious that these resources all have value to us and that they therefore must be conserved. However, what is ignored is that what is valuable can only be determined through the market process. If value is not determined by the voluntary interactions of humans all pursuing their own ends, then it can only be determined by one individual forcing his own judgment on others. That would not be true value assignment though; it would be slavery. Trees, oil, and animals only have value with regard to how they satisfy human wants, so the market process is the only means by which their true value can be utilized by individuals. If these are truly valued, then as their stock decreases, their prices will climb until they only satisfy the most urgent wants.

It is not shortsighted to say that we need only be concerned with the desires of living human beings; living human beings are the sole source of all value in the known universe. If existing humans wish to burn fuel, cut trees, and kill animals, then that is exactly what they should do.

Typically, humans do wish to save for their own future and for their children's future, but the question of what to save is a value judgment that everyone must decide upon in the present. Saving cannot be done because nature is "intrinsically" valuable or solely for "the future"; nature possesses no value from these sources. Indeed, if there were no human beings on Earth (or anywhere that it would affect them), and the planet blew up, it would be of no concern.