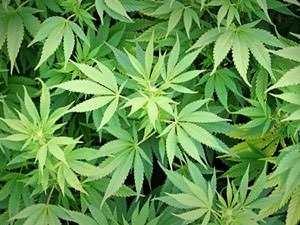 Air travelers were outraged when the FAA announced that there would be flight delays because air-traffic controllers had to take furloughs as a result of sequester budget cuts. But there is another federal agency whose budget cuts Americans should be cheering — the Drug Enforcement Administration.

According to the Office of Management and Budget’s report to Congress on the effects of sequestration, the DEA will lose $166 million from its $2.02 billion budget. Other agencies that are part of the expansive federal drug war apparatus are getting their drug-fighting budgets cut as well.

These cuts, no matter how small they may actually end up being, are certainly a good thing since over 1.5 million Americans are arrested on drug charges every year, with almost half of those arrests just for marijuana possession.

Although 18 states have legalized medical marijuana, seven states have decriminalized the possession of certain amounts of marijuana, and Colorado and Washington have legalized marijuana for recreational use. In the majority of the 50 states, possession of even a small amount of marijuana can still result in jail time, probation terms, or fines. The federal government still classifies marijuana as a Schedule I controlled substance under the Controlled Substances Act, with a high potential for abuse and with no acceptable medical use.

None of this means that there is necessarily anything good about illicit drugs, but as Mises explains “It is an established fact that alcoholism, cocainism, and morphinism are deadly enemies of life, of health, and of the capacity for work and enjoyment; and a utilitarian must therefore consider them as vices.” But, as Mises contends, the fact that something is a vice is no reason for suppression by way of commercial prohibitions, “nor is it by any means evident that such intervention on the part of a government is really capable of suppressing them or that, even if this end could be attained, it might not therewith open up a Pandora’s box of other dangers, no less mischievous than alcoholism and morphinism.”

But that’s not all, for once the government assumes control over what one can and can’t put into his mouth, nose, or veins or regulates the circumstances under which one can lawfully introduce something into his body, there is no limit to its power and no stopping its reach. Again, as Mises makes clear “[o]pium and morphine are certainly dangerous, habit-forming drugs. But once the principle is admitted that it is the duty of government to protect the individual against his own foolishness, no serious objections can be advanced against further encroachments.”

“As soon as we surrender the principle that the state should not interfere in any questions touching on the individual’s mode of life,” Mises goes on, “we end by regulating and restricting the latter down to the smallest detail.”

Mises tells us exactly what the slippery slope of drug prohibition leads to. He asks why what is valid for morphine and cocaine should not be valid for nicotine and caffeine. Indeed: “Why should not the state generally prescribe which foods may be indulged in and which must be avoided because they are injurious?” But it gets worse, for “if one abolishes man’s freedom to determine his own consumption, one takes all freedoms away.”

“Why limit the government’s benevolent providence to the protection of the individual’s body only?” Mises asks. “Is not the harm a man can inflict on his mind and soul even more disastrous than any bodily evils? Why not prevent him from reading bad books and seeing bad plays, from looking at bad paintings and statues and from hearing bad music?”

When it comes to bad habits, vices, and immoral behavior of others, in contrast to the state, which does everything by “compulsion and the application of force,” Mises considered tolerance and persuasion to be the rules.

“A free man must be able to endure it when his fellow men act and live otherwise than he considers proper,” Mises explains. “He must free himself from the habit, just as soon as something does not please him, of calling for the police.”

For Mises, there is one path to social reform, and “[h]e who wants to reform his countrymen must take recourse to persuasion. This alone is the democratic way of bringing about changes. If a man fails in his endeavors to convince other people of the soundness of his ideas,” Mises concludes, “he should blame his own disabilities. He should not ask for a law, that is, for compulsion and coercion by the police.”

In a free society, it couldn’t be any other way.