GET NEWS AND ARTICLES IN YOUR INBOXPrint
A
A
Home | Mises Library | Mercantilism vs. Free Trade: The Early Years 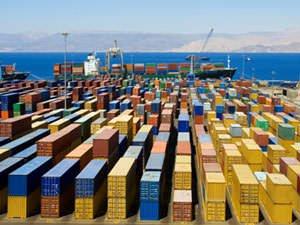 This selection is from Chapter II of Chi-Yuen Wu’s An Outline of International Price Theory, available in paperback and ebook editions in the Mises store.

In Chapter II, Wu discusses some early controversies in Mercantilist thought, and their effects on our thinking about free trade. It is interesting to read Wu’s summary of the debate between the interests of England-based manufacturers of clothing and the importers of clothing from the East India Company. In both cases, they are arguing from the position of special interest groups, but the arguments made by the East India Company, while not made in the spirit of any true devotion to free trade, are harbingers of later advances in our understanding of the value of free trade.

The overseas discoveries in the last decades of the fifteenth century had widened the boundaries of international trade and had given rise to a change in its nature and an expansion of its volume. As a result of the opening of the new silver mines between 1540 and 1600 in America, Europe was supplied with an abundance of money metals and thus the establishment of a real price economy was facilitated. That change in commerce together with the extension in the use of money accelerated the development of the new spirit of private enterprise and paved the way for the triumph of the moneyed classes. In fact, the time had come for a transition from a number of local economies to a national economy, from feudalism to commercial capitalism, from a state of comparatively little trade to an epoch of extensive international commerce. That change in the economic structure is sometimes called by economic historians the “Commerical Revolution.”

In the world of thought, that change in the economic structure found its expression in what is known as “Mercantilism.”

... First of all, all mercantilists considered the benefit of the State as the end and object of economic activities, in their view the interests of the State had always to take precedence to the interests of the individual. The aim of all mercantilistic doctrines is to increase the economic power of the State. Moreover, the interests of the state were, in their eyes, by no means necessarily in harmony with the activities of the individual. According to them, wages, interest, industry, and trade should be regulated so as to benefit the State. Finally, the importance of “treasure” to a State was greatly emphasized. The reasons given in support of their advocacy of the accumulation of the previous metals changed from one time to another, but all mercantilists agreed that a nation must try by all means to increase its “treasure.” In general, they recognized that countries which did not possess gold or silver mines could not increase their stocks of the previous metals except by an annually recurring favorable balance of trade (if peaceful means alone were adopted). Consequently, they gave foreign trade the foremost place among the industries of a nation. ...

The protection versus “free trade” controversy at the end of the seventeenth century was connected with the East India trade. In the latter half of that century the imports of Indian textiles into England were increasing, especially in the last two decades. Owing to the high costs of production, the English textile industries could not withstand the competition of the Indian imports. The result was that in the last decade of the century the English woolen and silk industries faced a grave crisis. Those industries were experiencing depression and unemployment, and complaints were made by the weavers and the public in general against the East India trade.

The best spokesmen of the weavers’ interests were John Cary and John Pollexfen. Like other mercantilists, they based their contention upon the conception of the State as an economic entity and stood for a definite national economic policy for the benefit of the state. ... Cary and Pollexfen ... judged the benefit of trade ... by the nature of the exports and imports [rather] than by their quantity and value. In other words, “that Trade is advantageous to the Kingdom ... which Exports our Product and Manufactures; which Imports to us such Commodities as may be manufactured here, or to be used in making our manufactures; which supplies us with such things, without which we cannot carry on our Foreign Trade; [and] which encourages our Navigation, and increases our Seamen.”

Judged by those criteria, the East India trade was said to be harmful and not beneficial to England ... [Cary and Pollexfen] no longer valued foreign trade and the treasure brought by it for their own sakes but for the effects upon home industries and trade.

The ablest upholders of the East India Company were Josiah Child and Charles Davenant. They did not deny the obvious fact that the Indian trade was detrimental to certain industries, but they maintained that the fact was not a sufficient condemnation of the East India trade.

In place of those criteria, they tried to establish a new rule for testing whether a trade is beneficial to a state or not:

The best and most certain discovery ... is to be made from the encrease or diminution of our Trade and Shipping in general. ... Where-ever Trade is great and continuous so, and grows daily more great and encreaseth in Shipping, and ... for a succession not of a few years, but of Ages, that Trade must be nationally profitable.

Negatively, they tried to show that the proposal to prohibit the wearing of all Indian imported textiles in England would be detrimental to the nation.

However, they could not do so without sacrificing some part of their mercantilistic doctrines and approaching the doctrine of free trade. The following quotations perhaps sufficiently reveal their main arguments:

Trade is in its nature free, finds its own channel, and best directeth its own course: and all laws to give it rules and directions, and to limit and circumscribe it, may serve the particular ends of private men, but are seldom advantageous to the public.

For all trades have a mutual dependence one upon the other, and one begets another, and the loss of one frequently loses half the rest.

It should be noted they were not free traders at heart. They advocated leaving trade free from restraints only in so far as the argument served the purpose of their Company and their views constitute a mere case of special pleading.