GET NEWS AND ARTICLES IN YOUR INBOXPrint
A
A
Home | Mises Library | Man, Economy, and Seoul 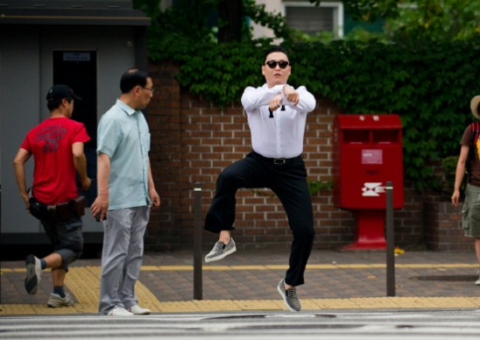 Picture a mono-racial New York metropolitan area with a fraction of the murders, if you can. Add in unreadable signs and buildings and infrastructure completed in 1960 or later. Then you might have a picture of Seoul, the capital of the Republic of Korea and, quite possibly, the new center of global capitalism. At least, that is my conclusion after spending several days there on academic and professional pursuits.

Seoul lacks the boroughs and neighborhoods of the Northeast in favor of apartment living, and one gasps at the many hundreds of high rises spread throughout the city. Living in a house with a garage to clean and lawn to care for is as foreign to the average Korean as it is for the average Manhattan-ite. In Seoul’s case, this reflects cultural and historical choices similar to the reasons why people clustered together in Italian city-states in an earlier time. There is safety in numbers, and Seoul-ians—who have been the target of expanding empires for centuries—prefer urban closeness to suburban expanse.

From this perspective, there is something downright libertarian about Seoul and Korea in general. For centuries Korea held isolation from the world a virtue considering the various attempts at invasion and colonization by outsiders, particularly the Japanese and the Manchurians. Like Italy, Korea has preserved a culture and language that is unique and maintained a decentralized political system that made its becoming a colonizer practically unthinkable, while producing a military culture historically defensive in a “Don’t Tread On Me” sense. Korea has been called the Hermit Kingdom, content to be closed to the world and hard to find on a map.

By the late 19th century, it became obvious that this isolation couldn’t last and would bring suffering to the people. Thus the Joseon Dynasty (1392-1897) opened Korea up to the world with full-fledged trade and diplomatic relations.

It didn’t go well. Korea was the victim of a brutal occupation by Japan that lasted until 1945, after which the country became a Cold War pawn, and was divided into North and South. The Korean War itself resulted in almost 375,000 civilians killed in the South alone, which would be equivalent to losing about 10 million Americans today. The war didn’t end until President-elect Eisenhower visited Korea in December 1952, decided the conflict would not be won without resorting to nuclear weapons, and pushed for a ceasefire that persists to this day.

The role of the United States in repelling the communists is not lost on the South Koreans. Many Americans today wonder if it wouldn’t have been wiser to have stayed out of the conflict. The issue is not just the 45,000 dead or missing Americans. By involving America in an unpopular war without seeking permission of Congress, as required by the Constitution, President Truman was incredibly unpopular and worthy of impeachment. By orchestrating a ceasefire, Eisenhower was primarily concerned with thwarting a popular revolt against an American empire that would prove to be the death of an American republic.

Some wonder whether the military-industrial complex has run U.S. foreign policy ever since.

Regardless, South Korea’s progress in the second half of the 20th century is nothing less than astonishing. Seoul was devastated and starving and had to be almost completely rebuilt following the Armistice, as was most of the rest of the country. In 1960, per capita GDP in South Korea stood at $79, ranking it among the poorest countries in the world. In 1970, vast areas of Seoul had yet to be electrified. Yet, from the 1960s through the 1980s, the South Korean economy grew at an average rate of 8 percent a year, and today per capita GDP is about $32,400. What did it do right that persistently struggling economies do wrong?

The short answer is it saved. Korea is part of a broader Asian culture that encourages saving, resulting in low Asian time preferences developed over centuries in order to survive on rice-based diets and fluctuating fresh water sources. Furthermore, the generation that emerged from post-war South Korea is similar to the generation that emerged from the Great Depression in the United States in that both survived by valuing thrift and an efficient use of resources. Institutional development over this time rewarded saving that would be transformed into the capital structure necessary for wealth creation in the future. The resulting low interest rates brought about sustainable economic growth marked by output that individuals had saved to purchase.

Notwithstanding the persistent threat of war with the North, which hindered investment (and still does), South Korea protected property rights in ways both purposefully and by accident. Since capital always flows, over time, to those regions of the world in which it is most secure, capital flows into South Korea financed economic development that even Koreans today call a miracle. But the creation of future wealth from saving and the protection of property is hardly surprising. Economically stagnant regions in Latin America, Greece, and even Illinois and California can learn from South Korea’s example of better long-term living through low taxation and regulation and the protection of property rights institutions.

None of this is meant to paint South Korea as a capitalist paradise. Its post-war governments have a record of corruption and dictatorship that threatened its economic success. Certain sectors of the economy have been protected from competition and otherwise benefited from government favor. This form of crony capitalism has resulted in an economy dominated by few large conglomerates such as Samsung, Hyundai, and LG—firms that were targeted as being too big to fail decades before the term was known in the United States.

If the Korean cultural bias for saving thwarted the ability of Korean governments to pursue Keynesian policies favored in the West, the Bank of Korea has surely compensated by inflating the won such that the dollar-won exchange rate is well beyond a one-to-one relationship and ranges to one-to-one thousand today. This is a remarkable accomplishment given massive dollar inflation since 1971. As in the United States today, and as predicted by Austrian School theory, the new money favors those parties that receive it first, meaning those economic interests most closely associated with the government.

While its inflation surely causes malinvestments, Korea has thus far avoided the excesses of China, preferring to direct funds to infrastructure and education as opposed to shopping malls and skyscrapers. Korean banks avoided exposure to collateralized securities backed by the sub-prime mortgage securities issued by U.S. banks, nor did it have a substantial shadow banking sector of its own offering pooled and tranched securities to investors, indicating that crony-like relationships that exist in the West with the financial industry have not yet materialized. In other words, one suspects Goldman Sachs yields less influence at the Bank of Korea than it does at the Bank of Japan.

Notwithstanding the Bank of Korea’s inflation, South Korea experienced only a small housing bubble due to cultural differences in how Koreans access their apartments (they often put down a single large payment and allow the apartment owner to earn interest off it in lieu of rent), as well as a capital gains tax on housing that, no doubt inadvertently, placed downward pressures on housing demand. Therefore, the Korean economy was not fueled by credit expansions as in the West in which homeowners were encouraged to borrow and spend based on the inflated values of the homes.

The end result is a protection of property rights complemented by lower taxes (the highest marginal rate in Korea is 34 percent and unlike the U.S. today, there is no effort to raise it) and less costly regulations—both based in the context of a cultural homogeneity that often results in less crime and more trust pervading the society. Its murder rate is less than half of New York’s, and while I have been told Seoul’s violent crime rate is high compared to that of U.S. cities, most would agree that a “CSI Seoul” would be a pretty boring show.

Summing it all together while walking Seoul’s Teheran Road, one gets the impression that this is the place to be. Like New York in happier times, Seoul is a capital magnet, and as the traditional western economies implode and become less free, capital flows to East Asia will only increase. Its Gangnam shopping district, though not terribly large, combines the aura of Times Square and Fifth Avenue. Ubiquitous taxis offer telephone interpreters in English so that drivers and their fares can converse—a service some wish New York cabbies would offer. Upscale Paris-themed bakeries compete for business clientele with local restaurants featuring buckwheat noodles, while the pop music genius PSY’s picture is everywhere, testing the limits of overexposure while selling Korean beer and hipness to visitors who did not know Korea had both.

Meanwhile, multinationals and entrepreneurial startups wanting access to the Asian market are finding Korea a safe and friendly environment to base their operations. While previous generations of Korea’s college graduates flocked for job opportunities in the West, many of today’s best and brightest are finding that their best job opportunities are now found in Seoul itself.

Someone told me before my trip that Koreans are more American than America, and its economic success sure looks like an America of some decades past. Nonetheless, there is a sense that it might not last—that the North Koreans may finally decide to follow up on their bluster, or that the global demand for Korean exports may decline. However, my sense, as well as that of most of the educated Koreans I met, is that the fundamental institutions characterizing Korean society are strong, and that notwithstanding what the future may bring, the country will persevere, and prosper.

Seoul provides evidence of how protecting property and expanding access to the division of labor is the key to ending poverty as we know it. Governments restrict it at our own expense.