GET NEWS AND ARTICLES IN YOUR INBOXPrint
A
A
Home | Mises Library | Google Plus: Learning from Failure

Google Plus: Learning from Failure 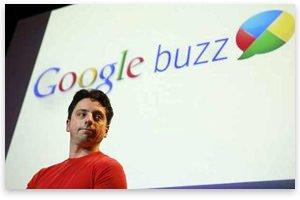 07/15/2011Jeffrey A. Tucker
February 15, 2010: Todd Jackson, product manager for Google Buzz, has announced that the company will disable the feature which gave users a ready-made circle of friends based on their most frequent email and chat contacts in Gmail.

About 14 months ago, Google released what turned out to be the biggest flop in the company's history. It was called Buzz. The idea was to leverage its email war chest to create a social network to compete directly with Twitter and Facebook.

It released Buzz all at once and activated it immediately. Buzz even prepopulated its networks with the user's most commonly emailed friends, whether that was your pastor or your drinking buddies. That was the strategic error that revealed the underlying problem. All in an instant, worlds crashed, and people went absolutely nuts trying to shut it off.

It was almost like a random group of acquaintances had all shown up to the same party, which under some circumstances could be one's worst nightmare. (The scene reminded me of a party once hosted by a friend who recently emigrated from Russia. It included the Swiss ambassador and his wife, the manager of the apartment complex, and a homeless bum that happened to be standing around earlier that day. It was an odd evening to be sure!)

It was not easy for users to shut Buzz off. It seemed impossible to control privacy or the flow of information. The first stage was alarm. The second was anger. The third was fury. It was clear within hours that the seemingly infallible company had taken a giant misstep. It was even worse than that: it seemed like confirmation that Google had lost its edge to upstarts like Twitter and Facebook. Suddenly the advantages of these two competitors seemed more obvious.

As Peter Klein notes in The Capitalist and the Entrepreneur, "the market is quick to penalize error as it is discovered; no hearings, committees, or fact-finding commissions are required."

Google quickly apologized, pulled back, and announced a huge corporate settlement of sorts: it would donate $8.5 million to Internet-privacy groups as a way of showing good faith. Many people will be surprised to learned that Buzz did in fact survive; it remains a favorite means of communicating for young kids whose parents let them have email but not Facebook or Twitter (parents feel that they have to draw the line somewhere and so this kind of thing, however arbitrary, is rather common).

Fast forward to July 2011. Google has its status back. Not only that: it has released a product that many people are already speculating will deal a serious blow to social-media domination by Facebook and Twitter. It is called Google Plus or just G+. A cartoon flying around the web has Mark Zuckerberg of Facebook giving a lecture and asking for questions. The first question is "Can you send me a Google+ invite?"

The rollout this time has replicated the slow rollout of Facebook. You need an invitation to sign up. Actually, it's not really true that you need an invite, but Google brilliantly acted as if it were true. The clamor to get on has been incredible. With the same ferocity that people begged to get out of Buzz, people are begging to get on G+. Google managed to harness the power of all its own users to advertise a new product to new clients.

That's learning from failure. And that's only the beginning of what Google learned. The big problem with Buzz was the clash of private worlds. For college girls, mom was on the same network with their boyfriend, and past boyfriends were there with current and possible future ones. It was all too aggregated in ways that people spend their entire lives avoiding.

G+ is completely different. Moving in for the first time, you are encouraged to create "circles." (If you can believe it, G+ actually manages to avoid using the word "friend" altogether!) These circles can be labeled according to the worlds in which you move: office, home, church, school, party time, camping, sports, etc. The same person can be in more than one circle. When you post, you post to these circles by choice through a quick click.

At last, rationality comes to social networking! Another way of putting this is that G+ has refined social media to make it ever more an extension of individual interest. If this sounds like a contradiction, consider what Mises says in Human Action: "man becomes a social being not in sacrificing his own concerns for the sake of a mythical Moloch, society, but in aiming at an improvement in his own welfare."

If the problem with Buzz was its presumption of homogeneous friend networks, Google surely noted that Facebook's infrastructure has the same problem. It aggregates everyone as either friend or nonfriend. Whether it's family, an acquaintance, a business associate, a teacher, or your psychologist, they are all in the same category. People have made fun of this for years, but mostly we've gotten used to it.

Still, this is the number-one complaint made about the culture of Facebook. There are ways around it, but they are tricky. You can create groups of friends and move people around within them. This works for some people, but most users are way beyond the point of making this viable.

G+ saw an opportunity here. It corrected not only the failure of Buzz but also the mostly hidden failure of Facebook. With G+, there is no such thing as a random friend. Just as in real life, everyone with whom we associate has a particular role. Your brother can be just your brother or he could also be a business associate, a fan of classical music, an associate from church, and a hunting buddy. He could be some or none. It is up to the end-user to decide.

The humiliation and hurt that comes with de-friending someone is completely gone. If you have had a falling out with someone, you move them from this circle to that one — or remove them from all circles. There is no brazen and stinging announcement. The person merely ceases to receive updates from your posting feed. Peace at last!

These are all gigantic advantages that G+ has over Facebook. There can be no question that Google learned and copied many aspects of its new platform from Facebook. It was a typical case of market emulation, doing what the successful company has done. But in a market setting, it is never enough merely to copy. One has to improve in order to give users a reason to join what they had previously not joined or to switch from one setting to another. This process of learning and improving is ongoing every minute in the market economy.

The ball is now in Facebook's court to repair its infrastructure to disaggregate its friend label, not just as a quirky add-on, but in a way that makes the repair integral to its system.

Here is a great example of how the market economy turns failure into success. Good managers come to understand that mistakes in a company are part of the data of history and cannot be undone. The only way to avoid them completely is to shut down innovation and change, to embrace stasis and therefore to die. Mistakes are far better because they provide a road map for going forward, learning more and then changing more.

In the market, failure serves a purpose. It is an egregious policy error to protect institutions from experiencing the consequences of failure, for doing so short circuits the learning process and prevents an improved solution from emerging. And yet this is precisely what the US government has spent trillions doing since 2008. Failure in the housing, banking, insurance, and other sectors was met with bailouts, price controls, partial nationalizations, and infusion of funds. This Buzz of the bust has not become the G+ of the boom because the bust was never permitted to run its full course. Failure didn't teach. Failure has been prolonged.

Fortunately for the digital world, the government hasn't yet regarded any application as too big to fail.

Think of the big picture here. All this fierce competition, all this innovation, all this frantic code work to create the perfect digital world that replicates and improves on human association in the real world — what is the point of all of this? It is to serve you and me something that we want and can use.

And think further of this oddly unnoticed fact: G+, Twitter, Facebook, and all the rest are completely free to end users. You and I are being courted constantly day and night, not to cough up money but to shell out those precious commodities of time and attention.

It turns out that capitalism doesn't operate at all the way people once thought it did. It is not a system that permits the captains of industry to extract money from workers and peasants so that the fat cats can accumulate and keep it for themselves. Not at all; if anything it is the reverse. The captains of industry are desperately clamoring for us to pay attention to them and we agree to do so provided they find ever more creative ways of making us happy at their expense.

Capitalism in the digital world is not the Marxist nightmare but rather the closest thing to utopia that we workers and peasants can experience in this world.