GET NEWS AND ARTICLES IN YOUR INBOXPrint
A
A
Home | Mises Library | Defining the Extent of the Market: the Whole Foods Case

Defining the Extent of the Market: the Whole Foods Case 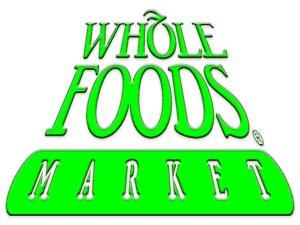 On June 28, 2007, the Federal Trade Commission issued a formal "administrative complaint" to block the proposed merger between premium grocers Whole Foods Market and Wild Oats Market. They claim that it would reduce competition in the "premium natural and organic supermarkets" sector, suggesting further that "if the transaction goes forward Whole Foods would have the ability to raise prices and reduce quality and services."[1]

The FTC's request for an injunction was denied in an August decision by a US district court,

but the case teaches us some interesting lessons.

In a similar spirit, we might ask "is the definition of the market too important to be left to the market?"

Markets were not handed down from on high with predetermined, rigid boundaries. Markets are in constant flux. There was no such thing as an MP3-player market a decade ago. There was no market for operating systems at the time the FTC was established. Today, the market for horse-drawn carriages and accessories is a fraction of what it was before the invention of the automobile. This state of constant flux represents the essence of the capitalist economy.

Besides, is "premium natural and organic supermarkets" even the relevant market, given that stores like Wild Oats and Whole Foods must compete with other supermarkets? The iPod, the Zune, and other MP3 players compete with one another (and Apple served about three-quarters of the market in 2006), but there still exists a range of substitutes (as of this writing, a Colby personal CD player was going for $16.68 on pcuniverse.com).

In the view of the Federal Trade Commission, the market is untrustworthy and inconsistent. Never mind that the Census Bureau hasn't yet caught up — a quick search of the North American Industry Classification System suggests that there is no formally defined "premium natural and organic supermarkets" sector — it appears that Whole Foods' attempt to acquire Wild Oats is an attempt to monopolize a market.

But where do we draw the line? Anyone is a monopolist if the market is defined narrowly enough. McDonald's is a monopoly provider of Big Macs, and Burger King is a monopoly provider of Whoppers. At a Ludwig von Mises Institute event I attended several years ago, Walter Block offered a sterling example. Tiger Woods stated that he planned to play in fewer golf tournaments. Professor Block pointed out that if we carry the logic of antitrust to its conclusion, Woods should be prosecuted as a monopolistic withholder of his services.

One of the greatest ironies here is that the FTC is attempting to claim that Whole Foods will have inordinate market power in a retail sector that is intensely competitive and growing rapidly. The UK's Tesco chain is preparing itself to enter North American markets, and when he was asked whether the US grocery market was already overserved, CEO Terry Leahy suggested "big-box" retailers, where one would expect a lot of one-stop shopping, tend to be perceived as lacking in quality and freshness.

That is where Tesco is stepping in, where Whole Foods and other retailers are already established, where other groceries are moving, and where the "big boxes" are realizing that they have to direct their attention. Perhaps ironically, one of the chief reasons Leahy cited for moving into the already-crowded US grocery market is that the United States "is a place that rewards innovative retailers."[2] This is certainly the case in competitive markets; however, the state will often make sure that, for innovative entrepreneurs, no good deed goes unpunished.

More than this, regulation is costly. While there are in fact some theoretical cases in which the structure of the market lends itself to monopolization, regulation itself requires that the state extract resources from the taxpaying public. And while regulation within markets and by markets is called for, state intervention is, if anything, the ultimate example of Pandora's box: giving the state the power to "do good" necessarily gives it the power to do evil, and as history shows first how states are routinely co-opted for rent-seeking purposes and second how "systematically biased" errors by voters lead to inappropriate government policies, we have little reason to believe that granting regulatory discretion is appropriate.[3] 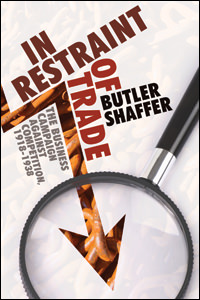 Where should we draw the line between one market and another? The short answer is that we do not know; indeed, we cannot know. In this case, the FTC accused Whole Foods Market of attempting to monopolize a market that didn't exist in most places a few years ago. Moreover, if Whole Foods is ultimately unable to satisfy consumers, its impotence will ultimately be reflected in a less robust bottom line. The real tragedy here is that Whole Foods and Wild Oats were diverted from their core business to focus on pleasing regulators instead of customers.

The FTC's actions are distressing because they do not bode well for government treatment of markets in the future. As Adam Smith so famously wrote, "the division of labour is limited by the extent of the market." The extent of the market, however, is best defined by entrepreneurs and consumers, not regulators.