According to conventional analysis, a key factor in exchange rate determination is the state of the balance of payments. It is held that as long as the US continues to run a large trade account deficit, which stood at $48.5 billion in January 2017, this is likely to keep pressure on the US dollar exchange rate against other currencies. 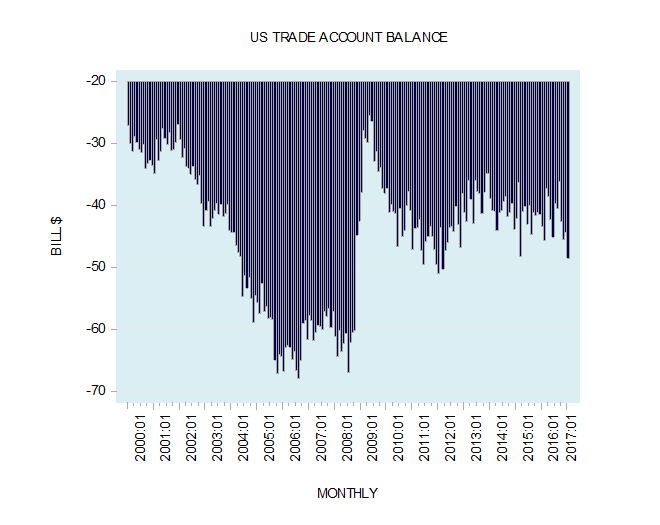 Following this logic, it makes sense to conclude that the state of the balance of payments, which is the result of the interplay between exports and imports, is a key in determining the foreign exchange rate.

Importers and Exporters and the Demand and Supply of Foreign Currency

For instance, the demand for the yen emanates not only from American importers of Japanese goods and services but also from the Japanese themselves.

Every bit of economic activity that takes place in Japan gives rise to demand for Japanese money — the yen. For instance, a Japanese producer of shoes exercises his demand for money by selling his product (shoes) for yen, which in turn he could employ some time in the future, in order to be able to buy other goods and services.

Moreover, with all other things being equal, the respective monetary policies of central banks determine the respective purchasing power of money. This in turn determines the exchange rates. Here is how:

The Relative Purchasing Power of Money and the Exchange Rate

Since a price of a good is the amount of money per good, this now means that the prices of goods in dollar terms will increase faster than prices in euro terms, all other things being equal.

This means that for a given supply of money and an unchanged demand for money the purchasing power of money remains unchanged.

As with the balances of payments within a country, the balance of payments between countries does not cause changes in the respective purchasing power of money and hence does not determine the currency rates of exchange.

Indeed we can observe that a narrowing in the US trade account deficit with Japan between June 2007 and February 2009 was actually associated with a decline in the exchange rate of the US dollar versus the yen – less yen per US dollar (see chart), the exact opposite of the popular conceptualization.

Now, from March 2012 to January 2017 a narrowing in the US trade account deficit with Japan was associated with a strengthening in the US dollar versus the yen, which is in line with the popular framework. What is clear that there is no observable clear relationship, which supports the popular thinking regarding the balance of payments and the exchange rate. 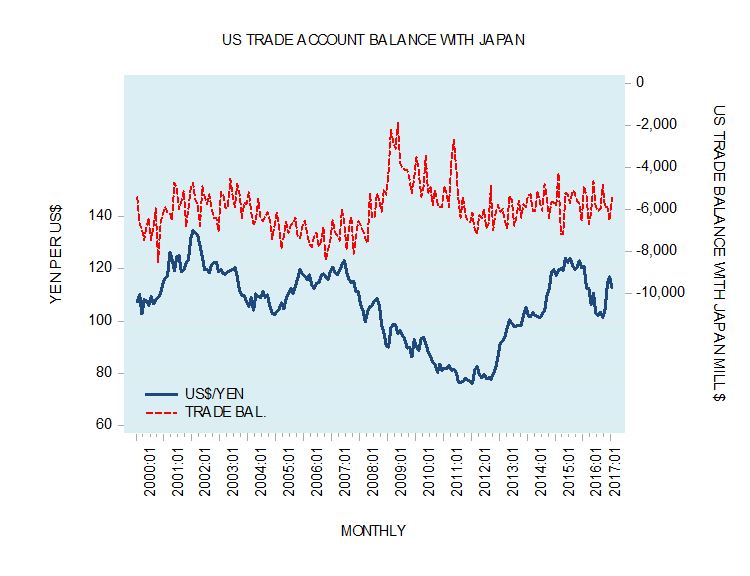 Printing Money and the Exchange Rate

Let us assume that the rate of exchange between the U.S. dollar and the yen is 1:1, i.e., one dollar for one Yen, and it is in line with the respective purchasing power of the U.S. and Japan.

Now let us further assume that money is created out of "thin air" in the U.S. American importers employ the new money to buy yen. In the process, the exchange rate of yen against the dollar appreciates to $2:1 yen. With the yen, Americans now buy Japanese goods. The trade balance between the U.S. with Japan moves into deficit. Observe that what we have here is an exchange of nothing for something. Americans exchange their money, which is unbacked by production, for Japanese goods.

The Japanese would then have difficulty in securing real goods from Americans for dollars they have received since these dollars are unbacked by production. This is manifested by an increase in the prices of goods in the U.S. Hence, by means of empty dollars, Americans have diverted to themselves real resources from Japan.

Consequently, what we have here is a fall in U.S. money purchasing power, a fall in the U.S. dollar rate of exchange against the yen and the U.S. trade deficit with Japan.

Note that conventional thinking would attribute the weakness in the US dollar versus the yen to the US trade deficit.

Trade Balance as an Indicator of Wealth Redistribution

Note, that while the trade balance does not determine the exchange rate, it does provide an indication of the extent of monetary abuses by the central bank. It provides an indication regarding the diversion of foreigners' real wealth to the country that is engaged in reckless monetary policy.

Since the U.S. dollar is the most accepted medium of exchange, the U.S. central bank's monetary policy is an important means in the diversion of foreigners' real wealth to the Americans.

The diminishing popularity of the US Dollar is an important vehicle for the decline in the diversion of real wealth from foreigners to Americans.

All other things being equal, this decline continues to undermine the living standard of Americans who have been benefiting from the diversion of real wealth from the rest of the world to them. 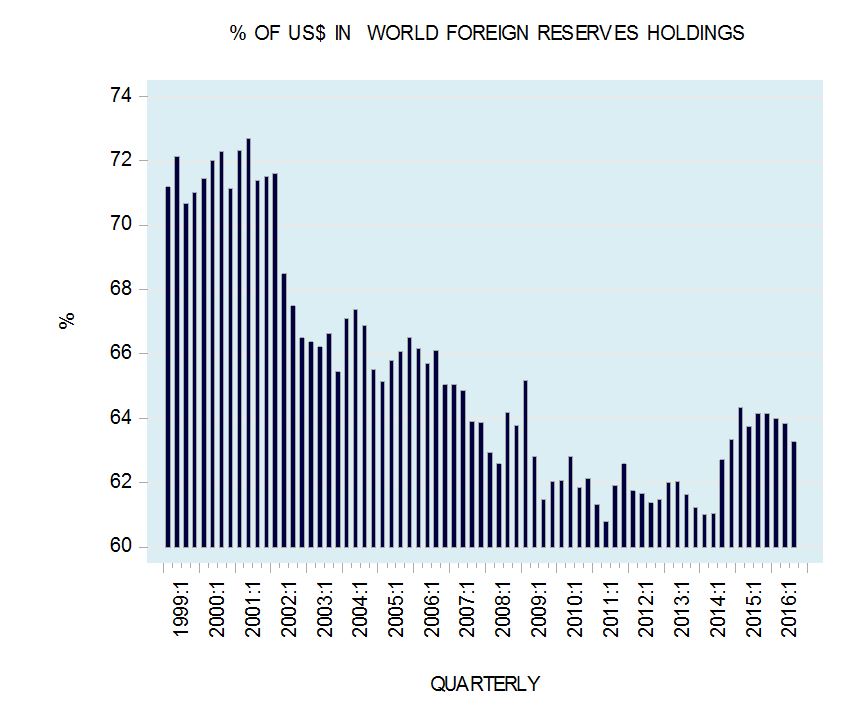 Again, by printing the most popular international medium of exchange, the US central bank enables the first receivers of dollars, which happens to be Americans, to divert real wealth from the rest of the world.

Now, within the framework of a fixed exchange rate excessive monetary pumping by a country's central bank will lead to a run on the currency of that country and thereby put a halt to that loose monetary policy.

However, in the framework of a floating exchange rate system, the adjustments in the rates of exchanges are smooth and it takes a long time before the crisis point emerges.

Moreover, if all central banks are coordinating their monetary policies, as is the case at present, the crisis can be averted for a long period.

Only if central banks stop coordinating their policies can a currency plunge and an economic crisis emerge – this follows when one central bank pushes its monetary pumping more aggressively.

In the floating exchange rate framework, by means of monetary policy coordination central banks can create the illusion of currency stability.

The longer the current floating exchange rate regime is allowed to function the more damage that is going to be inflicted on wealth producers. The way out of this mess is to revert to a market-chosen money, which happens to be gold.

GDP Provides a False Reading of the State of the Economy

Most economists see GDP as a snapshot of the performance of the economy. However, it is better understood as a...

Interest Rate Tightening Will Cause Even More Economic Destruction

Rather than contributing to a "soft landing," raising interest rates will continue to destroy wealth.