Markets Brace Themselves for First Rate Hike Since 2006

The first line of The Economist's article puts it this way: "The last time the Federal Reserve raised its benchmark interest rate, there was no one to tweet about it."

That's because there was no such thing as Twitter in June 2006, when the Fed raised the Federal Funds Target rate from 5 percent to 5.25 percent. MySpace was still popular then, too, and YouTube was only 18 months old.

But, since then, the Fed has only decreased the target rate, in spite of multiple claims from the Fed that the economy is "showing signs of strength" and other euphemisms for an economy that's too fragile to endure a rate hike. The effective Fed Funds rate, of course, has been approximately zero since 2008. 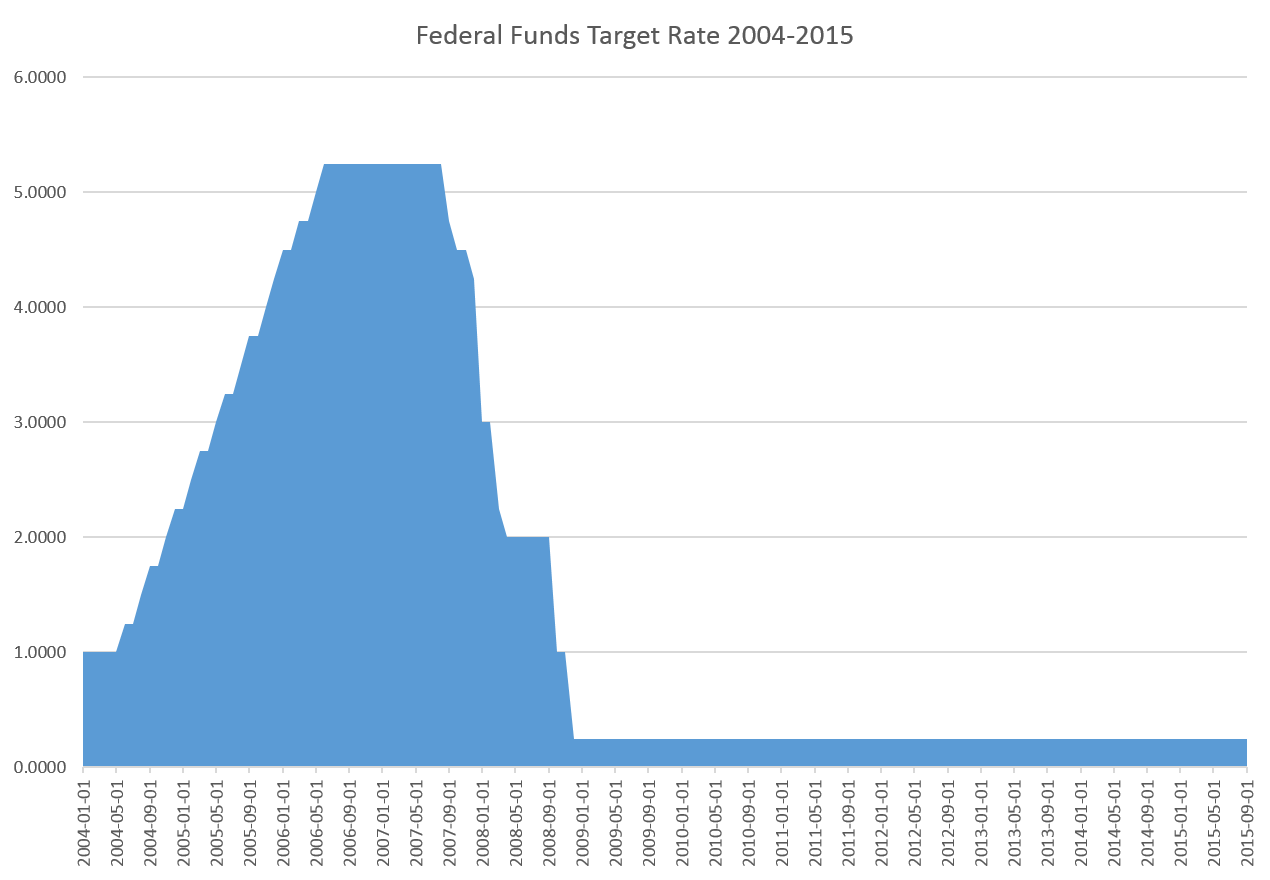 So, with nine years between us and the last rate hike, it's understandable that markets may be a bit jittery about a change.

Every time the fed meets, there's speculation that it might raise rates, but this time, there's worry that it might actually happen. After all, the Fed has been threatening to raise rates since at least late last year. But, as David Stockman and others have pointed out, the window for a rate hike may have already closed.  Things may have looked strong enough to justify a hike during the summer, but with recent volatility in the stock market, and August 24's Black Monday, that time may have already passed.

But, the Fed may feel it has to raise rates, at least for a short token period, before it lowers rates again. After all, after nine years, it the Fed has to pretend that a zero rate is not permanent policy.

The consensus among cynics, however, seems to be that the Fed will raise the rates a quarter of a percent, and then quickly lower them against before engaging in fresh rounds of QE. The cynics are probably right.

But even a brief rate hike is way too much for some people. David Stockman writes that "the Keynesian Chorus has launched a full blast trilling campaign, emitting an increasingly shrill cackle of warnings against a Fed rate hike." Stockman incredulously notes that there are economists now out there claiming that the Fed "has become downright restrictive.”

Since 2006, the goal posts have been moved so much that if the Fed simply declines to open the money-creation gates only three-quarters of the way, that's "restrictive." It makes one feel downright old to know one is among those who remember there once was a time when the effective rate might rise above 5 percent. (Fortunately, I'm not ancient enough to remember rates over ten percent.)

But, nowadays, all that matters is QE. There's no need for savings, investment, capital accumulation, or all that old fashioned stuff. We just need more QE, and anything else is "downright restrictive" on the part of the central bank. All of this betrays claims of a strengthening economy of course, since, while we do indeed see numbers — such a job creation and housing starts — that point to "growth," we all know boom is intimately connected to money creation. This is a rickety apple cart the Fed doesn't want to upset.

Addendum: For historical perspective, here's an additional graph that shows the target rate back to 1992, so you can see the dot-com bubble years as well. We do find that the Fed, back then, was not backed into the corner it is now. There were many factors at work then, including an appetite for dollars and US debt in the developing world.  But there's also reason to believe that there were better economic fundamentals at the time. In any case, there was no need for QE to achieve the levels of growth we can only wish for now. 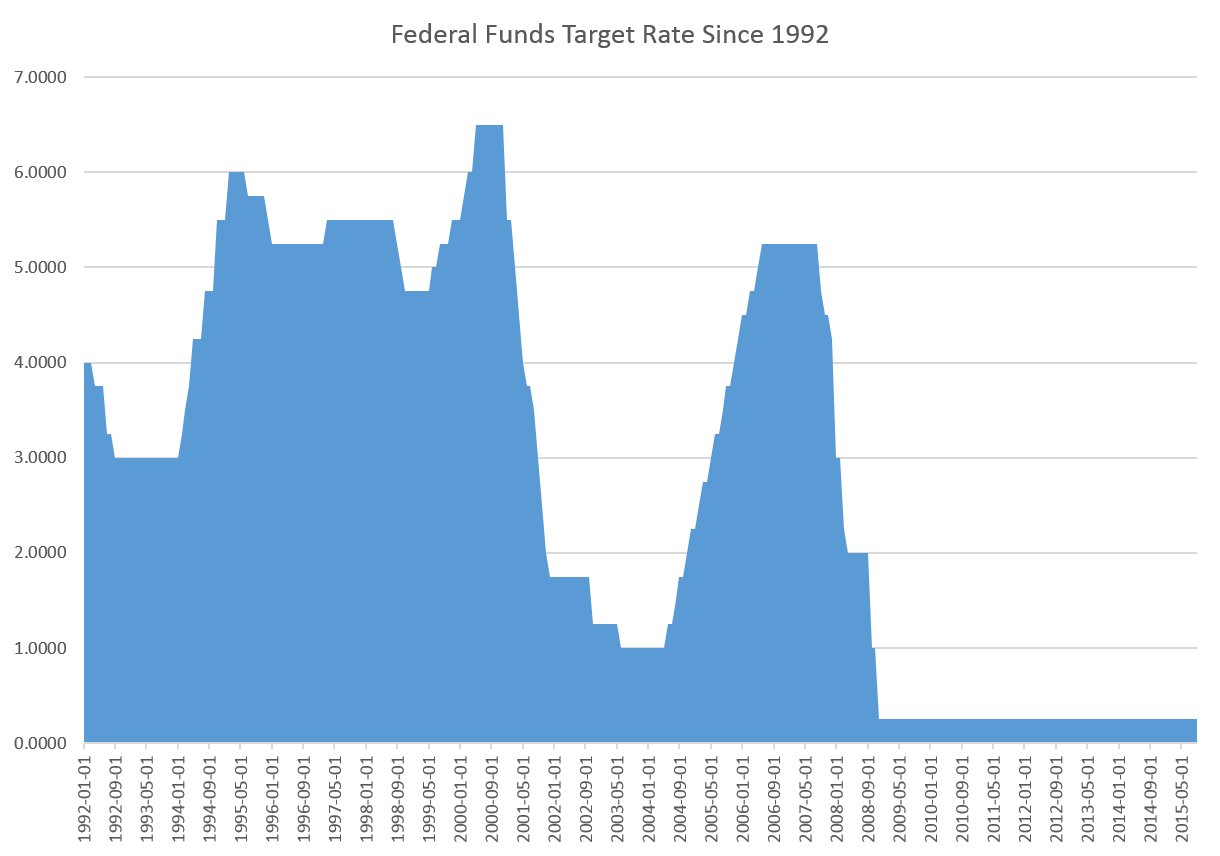