Hope in Brazil as Millions March Against Rouseff

History was made this weekend in Brazil as protesters numbering in the millions took to the streets to protest for the removal of President Dilma Rousseff, who has been embroiled in a massive corruption scandal while Brazil’s economy has suffered from a devastating recession.

The demonstrations were the latest in a wave of anti-government rallies that lost momentum late last year but have regained strength as a sweeping corruption investigation nears Rousseff's inner circle.

From the Amazon jungle city of Manaus to the business hub of Sao Paulo and the capital Brasilia, protesters marched in a nationwide call for Rousseff to step down, raising pressure on lawmakers to back ongoing impeachment proceedings against her that just a few weeks ago appeared to be doomed.

When Helio Beltrao, the president of Mises Institute Brasil, joined Jeff Deist on Mises Weekends last August, he expressed hope that the mounting public anger at Rousseff would force Congress to follow through with impeachment.

While governments around the world have been facing the brunt of populist movements, spurred on by a slowing global economy and increased political centralization, the conditions in Brazil offer unique hope for the cause of liberty.

Due to the work of Beltrao and Mises Brasil, Ludwig von Mises and Austrian economics have made unprecedented gains within the country. As I noted last year, Mises is the most searched economist in all of Brazil. Meanwhile the media was forced to take notice as signs reading Menos Marx, Mais Mises (Less Marx, More Mises) were seen being waved during an earlier round of anti-Rousseff protests.

Those signs returned to the streets this week, along with shirts and balloons as the message of Austrian economics, freedom and peace continue to grow in Brazil. 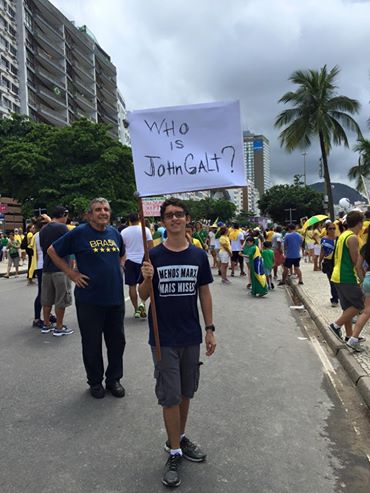 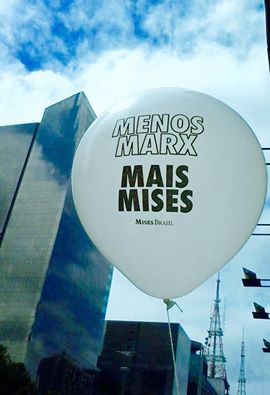 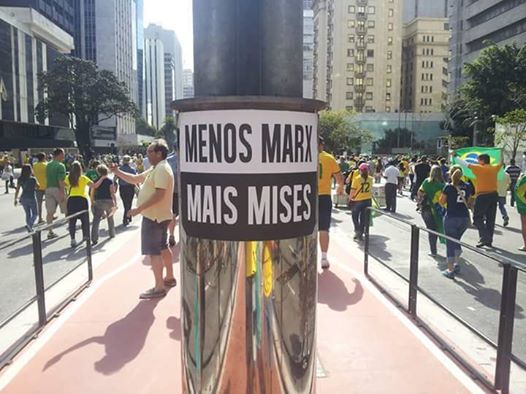 Along with the impact being seen during political demonstrations, Mises Brasil continues its work in the all-important battle of ideas. Last month they held their first four-day Mises Summer School program, while post-graduate courses in Austrian economics are being offered for the first time in the country.

As Mises wrote in Theory and History,

In the long run even the most despotic governments with all their brutality and cruelty are no match for ideas. Eventually the ideology that has won the support of the majority will prevail and cut the ground from under the tyrant’s feet.

Nowhere are bigger gains being made in the battle of ideas than in Brazil.

Kyle Rittenhouse: The Media's Assault on the Rights of the Accused

The Rittenhouse case has uncovered a major threat to modern American jurisprudence, but not the threat that progressives are claiming.

The Toxic Politicization of Society

Tho and Jonathan discuss the supposedly transitory aspect of inflation, the overshadowing of economics by central...

Realistic Prospects for Secession and Decentralization