The Fed Pours Water on the Job-Growth Hype

There is no doubt that there is a boom going on out there. Unfortunately, it's just a boom in asset prices, and not in job growth. That means real incomes are going down for people who don't make a sizable amount of income off assets they own.

In other words, for most people, the cost of living is going up while the job situation is stagnating.

Yesterday, the Fed admitted as much when the FOMC voted to take no action on the target federal funds rate announcing "Against this backdrop [of poor economic data], the Committee decided to maintain the target range for the federal funds rate at 1/4 to 1/2 percent." (See the official statement, here.)The move signals a surrender on the Fed's part in regards to earlier claims that it would gradually raise interest rates throughout 2016 back to more "normal rates" which haven't been seen since 2009.

With an economic situation that doesn't look to improve significantly this year, the Fed doesn't have much on which to justify any rate hikes (from the Fed's perspective). So, for the foreseeable future, we're likely to see an ongoing interest rate trend that looks like this: 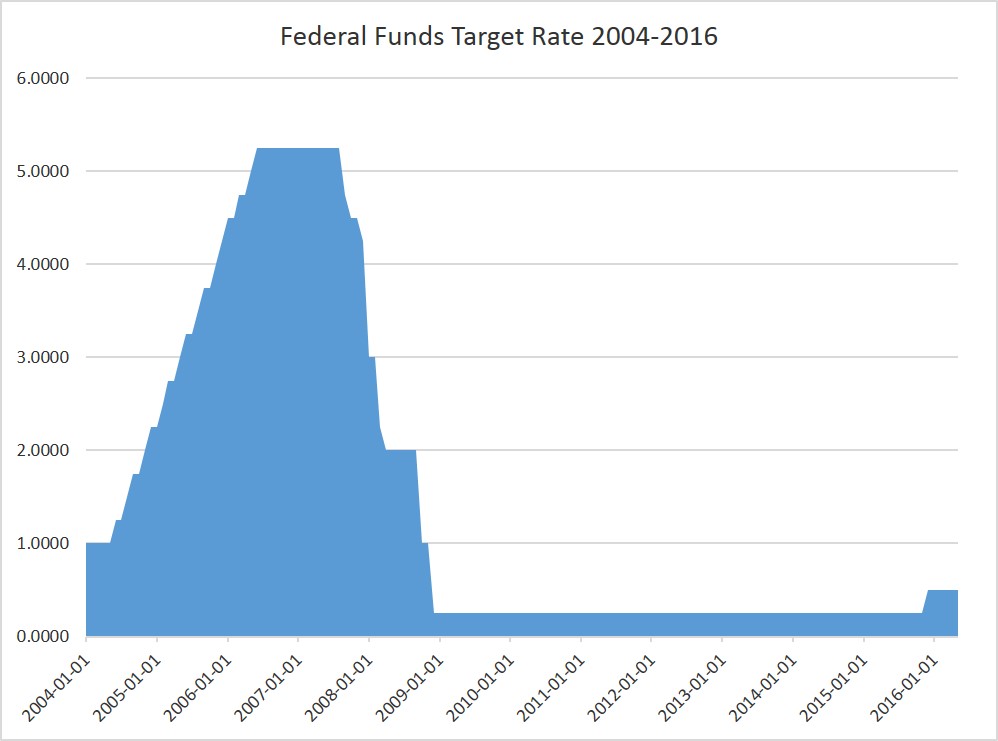 But who can be surprised? When the new jobs data came out for May, earlier this month, even the usual mainstream media sources were forced to admit job growth was a disappointment. The ad ministration has been crowing about how the unemployment rate has gone down, but the Fed summed it up with yesterday's announcement when it said: "Although the unemployment rate has declined, job gains have diminished."

This comes after months of being told how excellent the job situation is by both the administration at the media. However, the job growth in the current recovery is the worst we've seen in numerous cycles. Moreover, much of the usually-cited jobs data does not take into account the many workers who are involuntarily employed part time, due to employer cutbacks in hours and declines in the need for workers as the economy slows:

The Fed has become especially concerned about job growth in recent months, but while we were being told how swell everything was the part six years or so, it's apparent that the Fed never thought so. Had the economic data actually been good beyond the often-reported headline numbers, then the Fed would have actually raised the target rate. As it is, the Fed was always too afraid to raise rates, since it has recognized all along that the current recovery has been lackluster at best.

The economy we have, though, means ongoing desperate attempts at monetary and fiscal stimulus, and a continuation of ultra-low interest rate policy, currently in its seventh year.  At no point during this recovery should any observer have been fooled by the hype about how great the economy was, given the reluctance by the Fed to raise rates. 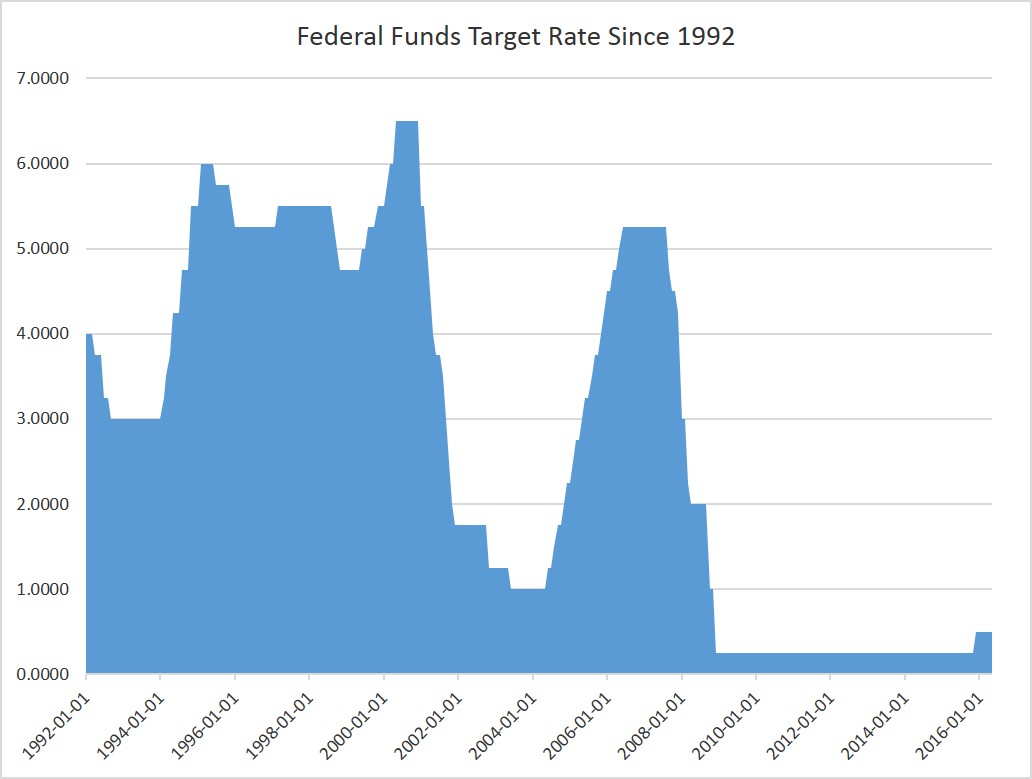