Remember Cody Wilson? In 2013, he's the guy who successfully tested a fully-3-D-printed gun. Shortly thereafter, he posted information on how to make the guns online.

Shortly after that, as many predicted, the federal government took steps to shut the whole thing down.

Remember Cody Wilson? In 2013, he's the guy who successfully tested a fully-3-D-printed gun. Shortly thereafter, he posted information on how to make the guns online.

Shortly after that, as many predicted, the federal government took steps to shut the whole thing down.

Recent developments, however, mean that the guns and plans on how to make them, will soon be seeing the light of day again.

Two months ago, the Department of Justice quietly offered Wilson a settlement to end a lawsuit he and a group of co-plaintiffs have pursued since 2015 against the United States government . Wilson and his team of lawyers focused their legal argument on a free speech claim: They pointed out that by forbidding Wilson from posting his 3-D-printable data, the State Department was not only violating his right to bear arms but his right to freely share information. By blurring the line between a gun and a digital file, Wilson had also successfully blurred the lines between the Second Amendment and the First.

The Department of Justice's surprising settlement, confirmed in court documents earlier this month, essentially surrenders to that argument. It promises to change the export control rules surrounding any firearm below .50 caliber—with a few exceptions like fully automatic weapons and rare gun designs that use caseless ammunition—and move their regulation to the Commerce Department, which won't try to police technical data about the guns posted on the public internet. In the meantime, it gives Wilson a unique license to publish data about those weapons anywhere he chooses.

This isn't exactly a total victory for laissez-faire, of course. The federal government is hardly abandoning any attempts to regulate firearms — including those created by Wilson. But, the recent court settlement does signal the political and legal realities that make it difficult for the federal government to arbitrarily decide what sort of information is legal to share.

The effect of the settlement will soon be felt, it seems:

Now Wilson is making up for lost time. Later this month, he and the nonprofit he founded, Defense Distributed, are relaunching their website Defcad.com as a repository of firearm blueprints they've been privately creating and collecting, from the original one-shot 3-D-printable pistol he fired in 2013 to AR-15 frames and more exotic DIY semi-automatic weapons. The relaunched site will be open to user contributions, too; Wilson hopes it will soon serve as a searchable, user-generated database of practically any firearm imaginable.

All of that will be available to anyone anywhere in the world with an uncensored internet connection, to download, alter, remix, and fabricate into lethal weapons with tools like 3-D printers and computer-controlled milling machines. “We’re doing the encyclopedic work of collecting this data and putting it into the commons,” Wilson says. “What’s about to happen is a Cambrian explosion of the digital content related to firearms.” He intends that database, and the inexorable evolution of homemade weapons it helps make possible, to serve as a kind of bulwark against all future gun control, demonstrating its futility by making access to weapons as ubiquitous as the internet.

The triumphalist response to all this, voiced by some libertarians is that gun control will "end" as soon as Wilson's operation goes online. They're not totally wrong, although history suggests we're really just about to head down a long road of quasi-legality and court battles over these sorts of weapons.

After all, the US government has not said it has no role in regulating guns. It still says it can prohibit publication of information on how to make fully automatic weapons, for example.

Nevertheless, the court settlement does suggest the federal government, for now, has been forced to admit that it is at least somewhat constrained in just how much it can prohibit the spread of information — even if that information involves the manufacture of firearms.

Over the next decade as this issue further works its way through the courts and legislatures — as is sure to happen — we will nevertheless see here a true decentralization of both the information and the tools necessary to make guns.

Historically, this has always posed a threat to states, and decentralized distribution and ownership of weapons has long been a hallmark of guerrilla warfare.

RELATED: When Guerrilla Warfare Can Succeed — And When It Will Fail by Ryan McMaken

The US state, of course, is as well aware as any state that the ability to manufacture guns at home — at relatively low cost — does indeed change the landscape.

But what will the state do in response? States, to be successful, must be able to maintain a monopoly on the means of coercion. The US state is no different, and it will be interesting to see what steps the US government takes to restrict the ability to crank out guns with a 3-D printer. Will the US government simply tell itself that it can easily overpower any challenge to its monopoly that might arise from the proliferation of homemade guns? After all, it's still not possible to churn out tanks or rocket launchers or Apache helicopters with any equipment one might have in one's basement.

To some extent, this strategy of relying on better firepower will depend partially on just how much gun ownership might proliferate in an age of DIY guns. After all, it's easy enough the deal with a small number of angry gunmen with superior firepower. This advantage becomes smaller, however, the more gun owners there are. Even today, when many types of guns can still be easily bought, only 42 percent of Americans say they live in a home with guns. I happen to be of the opinion that these numbers tend to understate the probable real ownership rate. But by how much? Even if the 42-percent figure gets it wrong by 10 percent, we're still talking about only half the population with an apparent interest in having guns. And even fewer of these are likely skilled in the usage of firearms. Ownership rates, are important, though, because someone who owns guns is less likely to support efforts to confiscate them.

The fact that guns are easy to come by,however, doesn't mean every one will want one. Of course, things could change substantially in a crisis situation that would significantly undermine public opinions of the state. This could arise from a serious economic crisis or from a surge in crime and civil unrest. Or all of the above. Then we might see a lot more interest in private gun ownership.

And Cody Wilson's gun operation might make it much harder for governments to assert control in such a situation. 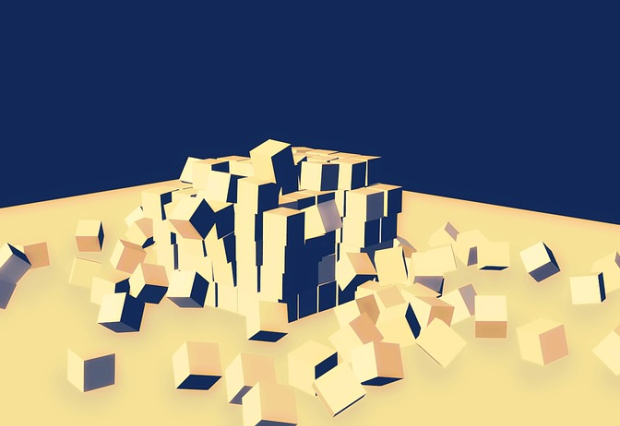 You May Run From It, But Disruption Is Going to Occur All the Same

Elon Musk has a reputation for blazing trails. Whether it's electric cars, a cave rescue or space travel, the billionaire business mogul has no problem doing things his own way.

Education is no exception. Since 2014, Musk has operated Ad Astra, a nonprofit school at SpaceX headquarters....

Elon Musk has a reputation for blazing trails. Whether it's electric cars, a cave rescue or space travel, the billionaire business mogul has no problem doing things his own way.

Education is no exception. Since 2014, Musk has operated Ad Astra, a nonprofit school at SpaceX headquarters. Students explore everything from AI to robotics without any set class structures or grades. They can even opt out of subjects they don't enjoy.

This sort of innovation is, sadly, absent from many areas of our education system. Education technology companies have transformed classroom experiences, but layers of bureaucracy have made it a challenge to explore truly new and innovative methods of teaching students. As is the case in most industries, it’s easier to rely on the way we’ve always done things than to try to reinvent the wheel.

When entrepreneurs observe this sort of static situation, they begin to dream up ways they might be able to disrupt a marketplace. A lack of innovation presents an incredible opportunity for individuals who are able to see things differently.

Entrepreneurs will find ways to disrupt every industry -- it’s simply a matter of time. The lingering question is whether organizations will embrace the evolution or fight tooth and nail to avoid change. Disruption might be an inevitability, but industries that stubbornly stick to the old way of doing things are only making the process more painful.

Read the full article at Entrepreneur.

​Today Janet Yellen announced that the Federal Reserve is following through with its planned third rate, moving the effective federal funds rate to 1.25-1.5%. This move was widely expected, and considered to be “priced in”. As I noted in October, one of the most surprising winners of...

​Today Janet Yellen announced that the Federal Reserve is following through with its planned third rate, moving the effective federal funds rate to 1.25-1.5%. This move was widely expected, and considered to be “priced in”. As I noted in October, one of the most surprising winners of Trump’s presidency has been Yellen. Prior to 2017, Yellen’s Fed had consistently whiffed on its projections, eliminating the usefulness of its forward guidance.

As far as the rate hike itself goes, it’s worth noting that the Federal funds rate remains historically low, on par with Greenspan’s policies the mid-2000s.

While today was Yellen’s last FOMC meeting, we should expect to see little change in ideology under Jay Taylor.

Yellen Announces She Will Leave Fed Next Year

Today Janet Yellen announced that she will be leave the Fed entirely when Jay Powell is confirmed as the next Federal Reserve Chairman, she had the option of staying on as a governor. It was widely expected that Yellen would stay on, though there was some thought that her ideological similarity...

Today Janet Yellen announced that she will be leave the Fed entirely when Jay Powell is confirmed as the next Federal Reserve Chairman, she had the option of staying on as a governor. It was widely expected that Yellen would stay on, though there was some thought that her ideological similarity with Powell made it possible she could have stayed on the Federal Reserve Board.

This move gives Trump yet another spot to fill at the Fed, which will make five total during his presidency. He filled one of those spots earlier this year when Randal Quarles, a former Bush Treasury official, was confirmed by the Senate.