GET NEWS AND ARTICLES IN YOUR INBOXPrint
A
A
Home | Node | ¿Son los austriacos demasiado duros? 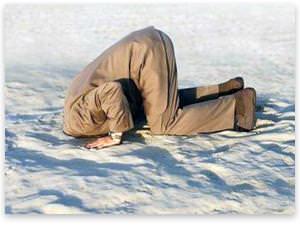 Randall W. Forsyth, writing for Barron's early spring 2009, wrote about Austrian economists, "Their ideas warned us of the bubble; their prescription for the bust is too harsh, however."1 Now that the NBER has announced that the current "Great Recession" ended in June 2009, after 18 months, let's reexamine this claim. First, the end date clearly indicates that the 2009 stimulus had no discernable impact on either the timing or the depth of the trough. Subsequent economic activity clearly should cause one to question whether the $800 billion package sped recovery at all.

In fact a better question is the one raised by the Wall Street Journal, in "A Tale of Two Recoveries": Did Keynesian policies do more harm than good? The Journal, sounding much like Robert Higgs, answers in the affirmative. "Our view is that hyperkinetic government policies have done more harm than good, leading to uncertainty and higher costs that have undermined business and consumer confidence and slowed the economy's otherwise natural recuperative powers."2

The Journal, then, granting NBER's chronology, contrasts the current recession and "recovery" with the almost equally long (16 months) and severe (unemployment peaked above 11 percent) recession of July 1981–November 1982 and subsequent recovery. Their conclusion is that the different policy circumstances significantly explain the drastically different recovery paths: following the trough in late 1982, the economy rapidly surpassed the prerecession levels of output. But currently, nearly 15 months past the trough, our economy is still significantly below prerecession levels.3

Most telling is the numbers on Gross Private Domestic Investment (GPDI). Approximately one year past the November 1982 trough, GPDI was up over 8 percent from the prerecession peak. In contrast, in April 2010, nearly 11 months past the June 2009 trough, GPDI was down 21 percent from the prerecession peak. The policy differences are falling marginal tax rates and reductions of regulatory burdens across the economy in the early '80s compared to the current expansion of government, the increasing likelihood of significantly rising tax burdens, increasing burdens of regulation from Obamacare, and recent finance-reform legislation that increases the burden on firms (both financial and nonfinancial) while also adding great uncertainty. Current regime uncertainty is only increased by card check and cap and trade, which are possibilities — if not through legislation then through regulatory sleight of hand.

While what the Austrians have said about the cause of the boom and bust is, per Forsyth, gaining increasing recognition and acceptance, what the Austrians have said about recession and recovery is either ignored or grossly distorted. The distortions are based both on misunderstandings of theory and misinterpretations of the historical record. The Austrian understanding of recession and recovery is firmly rooted in the best microeconomics and tied to a capital-structure-based approach to macroeconomics.4

The Austrian understanding also has significant support in properly interpreted historical events.5  Booms are created when money and credit creation misdirect resources and production — the boom is the result of a central-bank-driven mini–calculation failure. The transition from boom to bust begins as the inconsistencies in business plans become apparent. Because of this distortion of the capital structure, "the recession periods of the business cycle then become inevitable, for the recession is the necessary corrective process by which the market liquidates the unsound investments of the boom and redirects resources."6

Recessions are the discovery-of-error phase of the cycle. Unemployment results, not from deficient aggregate demand, but, per Hayek, from "a discrepancy between the distribution of labor (and other factors of production) among industries (and localities) and the distribution of demand among products."7 During a recession, errors are discovered and resources are released and made available for use in potentially higher-value production processes.

Recovery is the phase of the cycle where misallocated resources are redirected to uses more consistent with consumer preferences. The process of reabsorbing an economy's various unemployed resources into new or expanding enterprises (i.e., economic recovery) potentially begins in the same moment that the discovery of and adjustment to previous errors and resource misallocations takes place (i.e., recession). If all resources were perfectly homogenous and all prices, wages, and interest rates perfectly flexible, then the recession and recovery phases would indeed be a single process. But declines in economic activity are coupled with factors like nonhomogenous, often task-specific capital goods, price rigidities, and time lags in adjustment processes. This means that the recession phase precedes the recovery, which is a second and lagging phase. As will be discussed later, recession is even further prolonged (and recovery further delayed) by interventions, especially by policies or reforms that create an environment of "regime uncertainty."

Recovery, like growth and development, requires forward-looking planning. Here, perhaps the best guide to policy comes from the developing literature examining the institutions that best support economic growth and development.8 What best makes societies rich is also what is most likely to bring about recovery and to return the economy to sustainable growth. Austrian capital theory implies that a significant portion of current economic activity is directed not to current, but to future consumption.9 Planning and calculation include decisions on reinvestment to maintain current levels of production into the future as well as new investment for expansion and new enterprises, all of which are future oriented.

Recovery, like sustained growth, requires an environment that facilitates the planning and development of projects (which will create current jobs), most of which will be directed toward future consumption. Austrians have historically emphasized impediments to adjustment caused by the by the nonhomogenous nature and varying specificity of many capital goods and some "human capital" misdirected during the previous boom. These are a given aspect of any restructuring of an economy and they are unique to each crisis.

These malinvestments do have the potential to create losses and impede reallocation, but there is no necessary connection between the length of the boom, the degree of misallocations, and the actual severity of the recession and the length of the recovery process. One also has to take into consideration whether markets are being allowed to work, whether the "regime" is certain — stable, predictable, and consistent with stated policy — and whether the policy is conducive to entrepreneurship and prudent risk taking. Policies that impede competition and impose excessive tax burdens — or that in any way simply add to costs, reduce expected returns, or increase the uncertainty of the results and returns from business activity — are seen as the most important factors in forestalling recovery and turning economic corrections into stagnation, stagflation, or depression.10

Historically, policies and actions that threaten property rights create "regime uncertainty" or "regime worsening." Such policies have a two-pronged negative impact on the economy: they prolong the recession phases and they delay recovery.

Economic history and institutional analysis give us good insights into what impedes recovery and/or retards growth. Theory supported by that history indicates that an institutional framework of sound money, easy and predictable taxes, a stable legal environment built on rule of law and contract enforcement, regime certainty,11 and broadly competitive markets encourage successful long-run planning and development.

What then would be the Austrian policy recommendations for today's problems? First, according to Hayek and Rothbard, stop the credit creation and inflation.12 Then, per Hayek, prevent a secondary deflation. Further, remove all government impediments to effective entrepreneurial planning by avoiding protectionist measures and allowing prices and wages to adjust as needed to restore market equilibrium. Cut tax rates, as was done in the incomplete reforms of the 1980s and during the crisis of 2001–2003, and drastically reduce the government budget.13 To prevent future boom-bust episodes, reform the monetary system from the current government monopoly to a market-determined medium of exchange.14

What is actually being done to mitigate the recession and promote recovery? Is it consistent with a framework that promotes entrepreneurial planning and job creation? Or is it more closely aligned with failed policies of the past that have retarded recovery and promoted stagnation? The Fed balance sheet is at $2 trillion and growing. The crucial question is, does the current monetary-policy response create significant problems moving forward? Does it set up significant future price-inflation problems, a possible collapse of the dollar, stagflation, and/or another boom-bust sequence?

Complicating the picture of moving forward and "unwinding" the Fed's current position is pressure from some to target not price stability but a 5–6 percent inflation rate in the CPI. Some economists believe that the correct target for the federal-funds rate should now be significantly negative and with an actual effective limit of zero, pushing the Fed to undertake operations over and beyond the traditional targeting of the federal-funds rate.15

Instead of fiscal constraint and tax decreases, there is a massive expansion of government spending both actual and proposed, a guaranteed massive tax increase when the 2001–2003 tax cuts expire automatically at the end of 2010, targeted tax increases on the rich (those making over $250,000), and a proposed cap and-trade-policy to fight global warming (which policy is in fact a massive tax increase on productive and consumption activity that uses fossil fuel energy).

Instead of privatization, government is organizing takeovers and bailouts of private business in the automotive, health, and financial sectors. Many of these actions have been conducted in ways that violate contracts and the rule of law. There are proposed wasteful government misdirections of production through subsidies and directives, such as an energy policy that promises "green jobs." Even more significant is a concerted verbal assault on economic freedom and therefore the threat of "regime worsening" on a large scale.16 Combined, these factors have predictable long-run negative impacts on the economy.

In the absence of real reform, Rothbard saw the alternatives for the American economy in the 1980s as a choice between a 1929-type depression and an inflationary depression of massive proportions.17 Among possible alternatives, the most likely outcome today is a return of a 1970s-style decade-long period of high unemployment and inflation. Also possible are a decade-long Japanese-style stagnation and a permanent Eurosclerosis. There is, however, still time to turn course and follow the Austrian path to sustainable prosperity. End government intervention in the economy and return to a sound money policy. Such a policy has been dubbed as harsh or too draconian; but the pain of a short, severe recession followed by renewed, sustainable growth and prosperity may actually be "comfortable and moderate compared to the economic hell of permanent inflation, stagnation, high unemployment, and inflationary depression" that is the likely outcome of a continuation of our current policy.18

Higgs, Robert. "Regime Uncertainty: Why the Great Depression Lasted so Long and Why Prosperity Resumed After the War." The Independent Review. 1 (4), 1997, pp. 561–90.

Taylor, John B. Getting Off Track: How Government Actions and Interventions Caused, Prolonged, and Worsened the Financial Crisis. Stanford, California: Hoover Institution Press. 2009.

Taylor, John B. "The Financial Crisis and the Policy Response: An Empirical Analysis of What Went Wrong." Unpublished 2008.

Vedder, Richard K. and Gallaway, Lowell E. Out of Work: Unemployment and Government in the Twentieth-Century America. New York and London: Holmes and Meier, 1993.