Your Home is Your Cottage 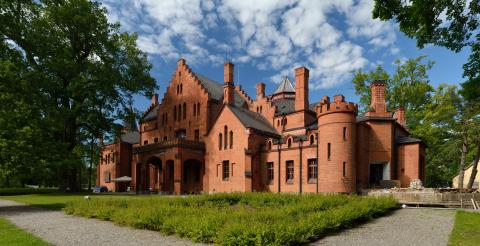 Property rights are in trouble just about everywhere. The latest trend hits an economic right Americans have traditionally taken for granted: the right to build or buy the biggest home you can afford.

The L.A. City Council recently approved, on an 11-0 vote, an "anti-mansionization" ordinance prohibiting smaller homes from being torn down and replaced by larger houses in the Sunland-Tujunga area. The ordinance limits houses on 8,000-square-foot lots or less to 2,400 square feet or 40 percent of the lot size, whichever is greater. Burbank and Glendale have similar laws, and other San Fernando Valley communities such as Valley Village and Valley Glen are lobbying for such restrictions.

This all begs the question: If "activist" neighbors, politicians, and bureaucrats can place restrictions on what you can do with your property, do you really own your property?

According to anti-mansionization proponents such as Councilwoman Wendy Greuel, who made the motion for the ordinance, "Homes are being built larger than is necessary."

But who is Ms. Greuel to judge how large someone's home may be or what is best for the homeowner? Different people have different wants and needs, and they should be free to pursue their happiness as they see fit, provided they do not violate the rights of others in the process. No third party — government official or not — has the capacity to determine what is right for everyone else, much less dictate how everyone else must use their private property.Next, you will have to trade in your Hummer for a Mini Cooper because a nosy neighbor or heavy-handed bureaucrat thinks your vehicle is "larger than necessary."

Anti-mansionists also argue that by limiting how large one can build his own house on his own land they are, as Greuel said, "preserving the unique character of the community." But homeowners do not own all of the homes in a community. They only control the one they live in.

What? You don't remember the old lady down the street with all the cats signing the deed to your house? Too bad. According to anti-mansionization activists, she has just as much right to decide what you do with your property as you do.

There is no basis on which to believe that the "character" of a community should remain unchanged in perpetuity. Housing demands are not the same as they were in the 1970s or the 1950s. Community make-ups often change drastically over time. Why should communities be rigidly "preserved" as though they were stuck in time?

This is not to say that a group of homeowners who each choose to establish and maintain a certain community character should not be free to do so. Indeed, many people join homeowners associations for just this reason. These groups may self-regulate the size, shape, and color of homes, as well as numerous other things, in order to preserve a certain community look and feel. Those not bound by such voluntary restrictions, however, should not be forced, through the power of government, to comport with the whims of an overzealous politician, bureaucrat, or neighbor.

Large-house supply is merely meeting large-house demand. The increase in housing size is a long-term trend. According to U.S. Census Bureau statistics, the average house size more than doubled from 1950 to 1999. As interest rates rise, savings levels approach zero, personal debt skyrockets, and adjustable and interest-only home loans continue to flourish, the inevitable bursting of the housing bubble in California markets may reverse this trend, however.

The problem is that individual property rights and communal rights are mutually exclusive: either you have the right to control your property or political entity does. You do not really own something if you have to put anything you do with it up to a public vote. If everyone "owns" something, no one owns it.

Murray Rothbard dealt effectively with the notion of communal rights, the "rights of society," in For a New Liberty: The Libertarian Manifesto:

We have talked at length of individual rights; but what, it may be asked, of the "rights of society"? Don't they supersede the rights of the mere individual? The libertarian, however, is an individualist; he believes that one of the prime errors in social theory is to treat "society" as if it were an actually existing entity. "Society" is sometimes treated as a superior or quasi-divine figure with overriding "rights" of its own; at other times as an existing evil which can be blamed for all the ills of the world. The individualist holds that only individuals exist, think, feel, choose, and act; and that "society" is not a living entity but simply a label for a set of interacting individuals. Treating society as a thing that chooses and acts, then, serves to obscure the real forces at work. If, in a small community, ten people band together to rob and expropriate three others then this is clearly and evidently a case of a group of individuals acting in concert against another group. In this situation, if the ten people presumed to refer to themselves as "society" acting in "its" interest, the rationale would be laughed out of court; even the ten robbers would probably be too shamefaced to use this sort of argument. But let their size increase, and this kind of obfuscation becomes rife and succeeds in duping the public. (p. 37)

It has been said: "'Society' is everyone but you." A "society" — or "community" — is nothing but the sum of the interactions of a group of individuals. It is a label. It does not possess its own special rights or privileges. In short, not only do "community rights" not supersede individual rights, there are no "community rights" to private property, only individual rights. The deed to your house does not give you a partial interest in mine as well.

Everyone has the right not to like what their neighbors do to their homes. You do not, however, have the right to impose your preferences on another's property. As much as you are repulsed by your neighbor's pink flamingo lawn ornaments or garden gnome collection, you do not have the right to prevent him from displaying them any more than you have the right to go over to his yard and steal or destroy them. You just have to suck it up and deal with it; it's not your property!

Ironically, unlike prolific garden gnomes, larger houses may even increase the value of surrounding homes because they are more desirable these days. This leads to higher resale values for homeowners and higher property tax revenues (which governments normally prefer) for local governments. It thus appears that local officials are shooting themselves in the foot by denying themselves funding for needed services in order to maintain a community's stagnant character. (Note: This should not be construed as an endorsement of property taxes, merely an observation of the consequences of restricting home size under the current tax system.)

A man's home is his castle, even if he decides to build it next door to you. Individuals should be less concerned with their neighbors' lack of respect for a perceived "community character" or their tacky lawn displays and more concerned with the way government is whittling away their fundamental property rights. Remember John Locke's natural rights of life, liberty, and property, upon which the Declaration of Independence was based? That shadow looming over you is not that of the large mansion your neighbor just built, it is the shadow of government enveloping your property rights.

Adam B. Summers is an editorial writer and columnist at the Orange County Register. He holds an M.A. in economics from George Mason University and a B.A. with a double-major in economics and political science from the University of California, Los Angeles.