GET NEWS AND ARTICLES IN YOUR INBOXPrint
A
A
Home | Mises Library | X-Treme Publishing: Mises Institute's New Books 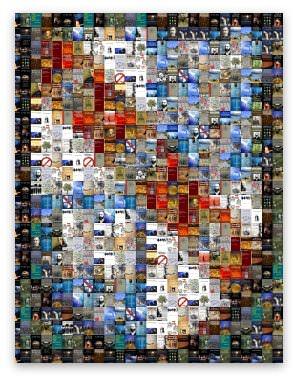 Well, we've received enough notes of shock, awe, and delight to prompt this little piece to explain what's up. The issue: in the last several months, the Mises Institute has brought back from oblivion a vast library of Austrian and libertarian books, and even published several new titles — publishing at a pace that rivals the biggest names in the publishing industry.

So here's the deal. We have several criteria for books published by the Mises Institute and carried in our store. They should advance the Austrian School of economics, of course. And this is true even if the topic is history, philosophy, or law. They must explain and promote liberty. And they must not be merely news commentary or bound up with contemporary issues only.

The hope is that whatever book we publish or distribute, it will hold up after decades. This is another way of saying that we want to use our resources to back timeless ideas. After all, the science of economics and the concern for human liberty advance truths independent of time and place.

Does this seem like a fairly small niche? Perhaps, but once you look at the vast amount of material published over the past century and a half, since the founding of the Austrian School and the development of the libertarian tradition, you are overwhelmed at how much wonderful material has been tragically left to languish in obscurity.

To address the problem, we have seriously stepped up our publication program. A recent example is Rothbard's study called The Panic of 1819. It was his doctoral dissertation, and remains the definitive study on how government should handle economic instability: do nothing and it fixes itself.

Our new book program thus will include not only the biography of Mises but many wonderful surprises besides. In addition, there are many excellent books that have appeared in the past that need not new editions but reprints that make them available for students. That is why we initiated a reprint series. Of the eighty books we've reprinted in this series, it is difficult to isolate the best. So I'll just stick with the ones that stand out in my own mind.

Frank Chodorov was a champion of liberty at a time when liberty needed it most: between the wars and after the Second World War. He was unbelievably brilliant, and he had a gift for exposition. There is his wonderful treatise on the bane of everyone's existence: The Income Tax: The Root of All Evil. Yes, there is hyperbole in that title, but you know what? By the time they finish the book, the reader is convinced.

His collection Out of Step includes his plea to not buy government bonds. And there is his inexplicably overlooked treatise called The Rise and Fall of Society. Now, if I were to pick one book to give to undergraduates, to form in them a sound view of society, government, and economics, it would be this one, which strikes me as clearer than any primer on society and the state.

John T. Flynn came from the same generation of thinkers. His riveting book on the rise of fascism in the United States is called As We Go Marching. How this could have ever gone out of print is beyond me, but at least it is back. But there is also his astonishing work Men of Wealth, which is a fine history of great fortunes from the Middle Ages through the 20th century, with a special emphasis on the Gilded Age. If business students haven't read it, they probably don't understand business. Then there is his biography of Rockefeller: God's Gold. Two other books appear in this Flynn series. At last he speaks again!

Henry Hazlitt too wrote between the wars and after, and now all his books are available again, including The Failure of the New Economics as well as: Anatomy of Criticism, What You Should Know about Inflation, The Conquest of Poverty, Time Will Run Back (a novel!), Will Dollars Save the World (the Marshall Plan was a bad idea), and Man vs. The Welfare State.

There was a fabulous journalist between the wars named Garet Garrett, a man who has been called Profit's Prophet for his defense of finance capitalism and technological advancement. We brought out three of his books that have been very hard to get. First is The Driver, which is the story of a speculator who took over a failing railroad and turned into an amazing wealth creator, until his enemies and the FTC cracked down. Some people think that this book had an influence on Rand's Atlas Shrugged.

His book The Wild Wheel is a thrilling account of the founding and rise of the Ford Motor Co., with a special emphasis on the entrepreneurial genius of Henry Ford and his quest to merge technology, marketing, and consumer satisfaction. He foresaw how the unions would come to kill the company by the 1950s. By the way, this is a great book for kids who are interested in cars; it takes a superficial interest and turns it to a deeper knowledge of economics. Finally in this series is the collection that immortalized Garrett in the history of American commentary: his smashing attack on the New Deal, The People's Pottage.

Wilhelm Röpke and Joseph Schumpeter can't be called Austrians with a capital A but they both offer excellent insights on international affairs that you can't get elsewhere. And both were influenced by the Misesian tradition in the course of their writing. From Röpke, there is International Order and Economic Integration, International Economic Disintegration, and Crises and Cycles. And from Schumpeter, there is his work called Imperialism and Social Classes, in which he describes Rome in a portrait very familiar to contemporary Americans.

Before our reprints, you had to take out a mortgage to buy these books. Now we can offer them at low prices to everyone, and we've also made them freely available for download — since the idea is to get the ideas out there and to make physical and digital books complementary goods, each enhancing the value of the other.

Some purely economic works, great and important books, had mysteriously disappeared from human consciousness. Here I can mention Economics of Inflation by Costantino Bresciani-Turroni (the story of the German hyperinflation), The Economics of Illusion by L. Albert Hahn (an early opponent of Keynes), Economic Principles by Frank Fetter (an American Austrian who influenced Rothbard), Essentials of Economic Theory by John Bates Clark (Mises thought highly of his work), and fully three forgotten books by Knut Wicksell, who had a mighty role in the formation of Austrian business cycle theory.

And how is it possible that the name of William Smart has been forgotten? His Introduction to the Theory of Value is just about the finest exposition of the subjective value theory I've seen. He was also a passionate free trader, as his lecture collected in The Return to Protection demonstrates. His translations of Böhm-Bawerk's complete work are also back.

In the annals of great American essayists, the name Albert Jay Nock should appear up top in bold. His study on Jefferson is a vivid portrayal. On Doing the Right Thing collects some of his most powerful political essays. And his Memoirs of a Superfluous Man deserves an essay of its own. No one can read it without being left with a profound respect for the possibilities freedom offers to build a civilization.

Frédéric Bastiat's The Law converted thousands to the cause of liberty over the last half century. The Mises Institute has brought it back under an old and most elegant translation. Along the same lines, Bettina Bien Greaves labored for five years to write a syllabus of free market economics, and put together a reader to go along with it. Both are back in print.

With his presidential run, books by Ron Paul are in high demand. Even without the political element, they bear a close reading. So Gold, Peace, and Prosperity, along with his great book The Case for Gold, are both back. His new work A Foreign Policy of Freedom is one of the store's top sellers. Ron stands with a long line of great American monetary intellectuals, and we have managed to get their works, such as A History of American Currency by William Graham Sumner, back in circulation.

And I've saved perhaps the most exciting for last. Back in the 1960s, Murray Rothbard put out a tiny journal with a revolutionary impact. It was called Left and Right. Until recently, these were impossible to find. Now they are all collected in a single volume — reprinted exactly in the format in which they first appeared. When it arrived from the printer, an awe-struck silence fell over the room.

Actually, there's one more, and its significance can be said to exceed any of the others. It is Mises: The Last Knight of Liberalism, Guido Hülsmann's amazing biography of Mises that is also a complete reconstruction of the history of ideas on the Continent in the 20th century. Ten years of research went into this project, which so many of you so generously supported. This is a book for the ages. No, it's not here yet. The release awaits our 25th anniversary celebration.

These books don't just put ideas back into circulation. They give the whole movement for liberty a massive boost, almost as if our glorious intellectual tradition has come back in full force. Thank you to all who have made this possible! Now, go to Mises.org store and stock up.