GET NEWS AND ARTICLES IN YOUR INBOXPrint
A
A
Home | Mises Library | Will Preventive Care Control Costs? 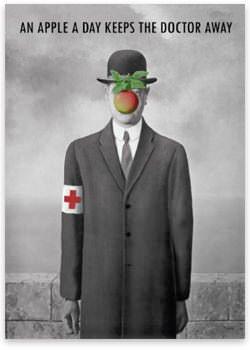 In an attempt to control the aggregate healthcare costs that will be shouldered by taxpayers under his proposed system, President Obama has pushed increased reliance on preventive carefor all eligible Americans. His argument is that, because preventive care is normally much less expensive than later surgeries, increased use of these earlier, preemptive treatments will entail radical cost savings. As with many of the president's healthcare promises, this argument falls apart under rigorous examination.

The Economics of Prevention

The logic behind increased preventive care is simple; if an individual knows he will be afflicted with some serious and expensive malady, say a heart attack, it is typically much less expensive for him to undergo preventive procedures, in this case the insertion of vascular stents. In such a case, not only is the patient likely to save money and possibly prolong his life, but he also removes the anxiety of knowing he is at high risk for heart failure.

Preventive treatment, then, will only be purchased when it removes serious anticipated future risks, either of higher treatment costs or of serious pain or death. Any surgery requires the curtailment of other forms of consumption, so consumers will prefer to abstain from preventive care unless they know they are at high risk of high future financial or physical costs. The unregulated consumer, in an extreme example, would never purchase a surgery to prevent the prospect of future ingrown hairs.

For every disease or affliction, there is an interval of risk over which preventive care justifies its price and thus will likely be purchased. Consumers who expect that they are at extremely low risk for heart failure will almost certainly not purchase vascular stents because they believe their risk of dying of heart failure is so low that the value of preventing it is practically worthless to them.

On the other hand, there are those individuals — for example, the morbidly obese and those who have already suffered multiple heart attacks — who are almost certain to die of a heart attack. For these unfortunate consumers, the risk of death is already so certain that preventive surgery may be worthless.

There are some methods of preventive care which can almost certainly avert the risk of dying of an affliction, and for these procedures, even those extremely high-risk patients will likely decide the surgery is worth its price. The "risk threshold" for preventive care is decided on by individuals and their doctors, but like all economic decisions is influenced by price; more expensive treatments are less likely to be purchased by marginally risky consumers.

Not All Hearts Are Created Equal

If the president's plan were applied only to cholesterol-clogged patients, it is quite clear that the preventive care would save money and lead to a positive health outcome. However, this is not a victory for Mr. Obama's plan. Patients such as these are likely to pay for preventive care with or without a government mandate or subsidy. No "cost savings" occur by compelling a group of high-risk patients to do what they already would have. In fact, any subsidies to such a group actually increase taxpayers' health burden.

"No 'cost savings' occur by compelling a group of high-risk patients to do what they already would have."

It is absolutely paramount to remember in our analysis that American patients are not homogeneous mannequins smoothly distributed over one or two physical variables along a bell curve or any other type of graph. Each individual consumer is an acting, reasoning human being with a unique set of uncertain health risks and, more importantly, unique desires and risk tolerances.

The reality is that many people are at no price-justifying risk for dying early of any disease. This, for the a priori economic thinker, explains what the president believes is Americans' underutilization of preventive care: if more people had reason to believe that preventive care is worth its price, they would of course already be purchasing it. Rather, for the majority of Americans, vascular stents and other preventive treatments are simply not worth the requisite time, money, and physical invasion.

Mandating or even subsidizing preventive care for these individuals does not eliminate very many expensive late-term surgeries in the future, and thus would clearly not result in any such cost savings for the taxpayer. In fact, it is easy to see that subsidizing new preventive surgeries will result in increased costs to taxpayers.

Worse still, providing subsidies for these new and unmerited preventive surgeries not only costs tax dollars, but also comes at a cost to what mainstream economists refer to as "social welfare," because increased vascular stent consumption necessarily entails decreased consumption of another good or service.

Furthermore, the market for preventive care is also far from homogeneous. For many diseases or maladies, there are multiple methods of prevention, which each hold different potential costs and benefits for each patient. Some methods of preventive care, such as our example of vascular stents, entail a decision on the quantity of the procedure — how many blood vessels will be stented — with a diminishing marginal benefit to each additional unit of care. To expect Obama's proposed healthcare bureaucracies to calculate the cost-cutting level of subsidy for each individual method of preventive care is absurd. Instead, preventive decisions should be left to specialized doctors and their patients.

Even if we grant that Obama's health bureaucracies will somehow be able to effectively target individual patients along the "risk thresholds" for subsidized preventive treatments, it is still unclear that this will decrease aggregate financial costs. For any net cost savings to occur, we must also assume that these consumers sometimes forgo preventive care, even though it would ultimately be more cost-effective for every individual lumped into that class to pursue the preventive treatments in question. Only under these conditions would Obama's proposal serve its purpose.

"American patients are not homogeneous mannequins."

However, this simple pursuit of lower aggregate spending over time is a weak justification for suppressing individual choice. Acting Man does not consume in the interests of possibly minimizing the total costs of some abstract statistical class in which he's included by regulators.

He makes this decision while taking into consideration his medically determined risk of harm from the malady and his personal tolerance for that risk. Such an intimate decision, which weighs the value of extra months or years of life and the quality of life gained or sacrificed, all while accounting for risk tolerance, literally cannot be made by budget-balancing government employees.

What about Individual Costs?

Obama's proposal for subsidized prevention would not only increase aggregate healthcare spending by funding unmerited preventive treatments, but would also increase the per-unit prices of those treatments. The economics here are simple subsidy economics; a subsidy for any service will decrease the effective price of that service to the consumer, increasing demand for that service along any market price. Holding supply constant, this increased demand will increase the market price for that service.

For the Obama cost plan, this is a second Achilles' heel; the greater the subsidy granted, the greater the increase in market price will be, because consumers will face a smaller and smaller portion of any treatment's real price. They will thus choose to consume more and more unmerited preventive procedures, increasing the prices of those frivolous treatments. As the price of general preventive care rises, the public will of course expect greater and greater subsidies for their treatments.

The tragic end result of this experiment will be the political need for the health bureaucracy to subsidize a higher portion of the soaring prices of a greater number of preventive treatments. To argue that this represents lower aggregate costs is pure nonsense and should be dismissed as such. 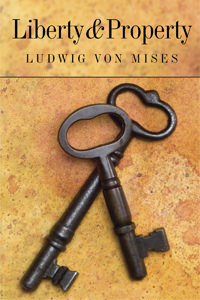 While increasing preventive care to cut long-term costs may seem logical at first, it is clear to see that government-mandated treatment cannot possibly lead to a more cost-effective balance between preventive treatment and future treatment.

Furthermore, we can see that any subsidy for preventive care will massively increase costs for the individual and, under Obama's plan, for the taxpayer. From these conclusions, it is obvious that only individual patients armed with the advice of their doctors can be trusted to make cost-effective decisions regarding their preferred method of care.