GET NEWS AND ARTICLES IN YOUR INBOXPrint
A
A
Home | Mises Library | Why Are We Worse Off?

Why Are We Worse Off? 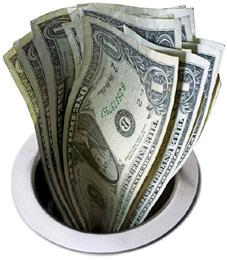 New wage data indicate what you might have suspected. Average wages are not keeping up with the cost of living. This has given rise to claims that we live in the first sustained period of economic growth that has failed to offer a similarly sustained increase in real wages. Indeed, wages have declined in real terms by 2 percent in the last three years.

The first concern is political. The Democrats, despite their moderating image, carry with them the intellectual baggage of a Marxist morality play in which business skims the excess productivity of labor's value. This new data is framed in a way that plays right into this model. Productivity is up, the rich are richer, but the workers are losing out.

Meanwhile, the Republicans have a very strange response, as typified by the comments of pollster Frank Luntz. The bad economic news would not do serious damage to Republicans, he said, because voters will blame corporate America and not government for their problems.

Now, there is a lot buried in these comments. The Republicans have dined out on the mistaken impression that they are the anti-government party. Here we see a change. The pollster just assumes that anti-government feeling will redound against the Republicans, since this is the party that controls government, after all.

I have my doubts that he is right. Republicans have controlled the White House — Carter and Clinton excepted — for the better part of forty years, and yet somehow they are always able to get away with blaming government for their problems. I can easily imagine that the Republicans will again trot out their anti-government rhetoric this time around. But we shall see.

In the meantime, this data needs unpacking. The reason for the fall in income has nothing to do with corporate profits. The culprit is our old friend inflation. But more than ever, inflation data does not reflect the underlying reality we experience every day. As we all know, there is no such thing as a price level as such. There are only prices, some of which rise and some of which fall. There is no way that the government can collect enough information to make sense of it all.

Take a trip to Wal-Mart, for example. You don't see price increases here. You can buy shirts, jackets, and shoes for a fraction of what you would have paid ten years ago. This is even true for electronics and most other goods you find in so-called department stores. How can we even talk of inflation with astounding realities like this?

Indeed, this is reflected in the broad data collected by the Bureau of Labor Statistics.

Roughly the same pattern is seen in apparel markets generally.

How can we account for this? Two factors: entrepreneurship and international trade. In the first category, we have to include Wal-Mart but also Target, as well as hundreds of other shops that carry discounted items. We love these stores, and their cost-cutting ways have been a boon for the American consumer. Imagine what would have happened to the overall CPI were it not for them.

And yet the people who are currently wailing about the declines in real income give these retailers no credit for keeping our living standards from falling lower than they otherwise would have. These stores are a major source of American prosperity, and we need ever more of them.

Their access to international markets for producer and consumer goods is another reason. Markets around the world are opening by the day. The division of labor is globalized as never before. This too has been great for the American consumer. Meanwhile, however, those who want to draw attention to the decline in real wages are apt to blame trade for part of the problem, rather than giving credit where it is due.

How, then, can we account for the price data that is eating away at our living standards? Consider:

Now, here we have the exact opposite pattern, and from a sector of the economy that is heavily regulated, taxed, and beaten to death by interventionist regulations. There is far less supply flexibility in oil and gas because of trade restrictions, stupid wars, and insane and counterproductive environmental controls. When shocks hit, the only market response is to increase rationing via price increases.

Let us draw attention to a sector that is even more heavily controlled by government. Indeed, this is a sector that is directly administered by public agencies that enjoy a complete monopoly on service provision:

Here again we see big increases, as felt by American consumers across the board, all summer long. The same story can be told about other government-controlled sectors such as education and health care.

There is a final underlying source of our troubles. Despite the Fed's continued interest-rate increases, the money supply continues to grow. The largest increases date especially from 2001 through 2004, pausing for a brief period in 2005. This year, the monetary increases have begun again. The United States benefits by being the host to the world's reserve currency, but eventually there is a price to be paid.

The answer to our standard-of-living woes is a radical restructuring that would make education, health care, and energy look and behave much more like retail discount stores and apparel. What the American worker needs is more of what Wal-Mart offers and less of what the government offers. If we could then fix the Fed so that it would no longer water down the value of our money, we'd never have to worry about declining real wages again.