Where Google Gets Its Power 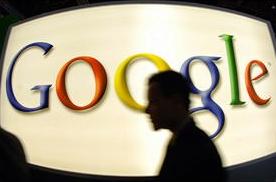 "The US government's enforcement of 'antitrust' law has consistently fallen on those companies who excel at lowering prices, innovating their products, and expanding their customer base."

On September 21, 2011, Google executive chairman Eric Schmidt faced a hailstorm of criticism from senators and rival CEOs alike at a hearing of the Senate Judiciary Committee's Antitrust, Competition Policy, and Consumer Rights Subcommittee. According to Nextag (who?) CEO Jeffrey Katz, "Google rigs the results" of searches to give preferential treatment to its own businesses. Yelp (who, again?) CEO Jeremy Stoppelman claimed, "Google is no longer in the business of sending people to the best destinations on the Web. It has everything to do with generating more revenue." Senator Mike Lee of Utah charged the search engine of having "clear and inherent conflict of interest."

Two questions come immediately to mind. First, who cares about Google's business practices? If you disagree with how Google runs its incredibly popular search engine, don't patronize it. There is no need for paternalistic bureaucrats to intervene in such a simple matter. If my local pizza shop bombards me with advertisements for other local businesses every time I walk through its doors, I will think twice about picking up lunch from there next time.

Second, is Google's behavior really that unexpected? After all, it is a business pursuing a profit. The better question to ask is why wouldn't Google show preferential treatment to its other business ventures on its own search engine? It doesn't take a college degree in marketing to realize how beneficial it is for Google to use its own heavily trafficked enterprise to promote itself.

In Power and Market, the complimentary book to his ambitious economic treatise Man, Economy, and State, Murray Rothbard cites a relevant passage from Isabel Paterson on the early antitrust mentality circulating around the energy giant Standard Oil:

Standard Oil did not restrain trade; it went out to the ends of the earth to make a market. Can the corporations be said to have "restrained trade" when the trade they cater to had no existence until they produced and sold the goods? Were the motor car manufacturers restraining trade during the period in which they made and sold fifty million cars, where there had been no cars before.… Surely … nothing more preposterous could have been imagined than to fix upon the American corporations, which have created and carried on, in ever-increasing magnitude, a volume and variety of trade so vast that it makes all previous production and exchange look like a rural roadside stand, and call this performance "restraint of trade," further stigmatizing it as a crime!1

Google wasn't the first Internet search engine, but it has progressed the industry far beyond its humble beginnings. Through the development of a unique algorithm called "PageRank," Google has become the world's leading Internet search engine. Its success and nearly 30,000 employees should be celebrated, not demonized and treated as a target by easily manipulated politicians.

Yet the congressional scrutiny Google is facing is nothing new. The US government's enforcement of "antitrust" law has consistently fallen on those companies who excel at lowering prices, innovating their products, and expanding their customer base. What every rational businessman strives to accomplish is essentially what the government attempts to slow down.

Some place blame on the state's parasitic need to control; I place it on the politicians' desire to live vicariously through bullying those whose success outshines their own accomplishment of deceiving more voters than their opponents on election day. It's no better than the schoolyard bully, whose reign is enforced by the threat of violence, forcibly taking the newest fad in electronic devices from another classmate.

And note who is bringing these complaints. As with nearly every antitrust case in American history, the pressure to break up the dominant player in the industry is being brought by its less-successful competitors. This isn't about consumers. This isn't about some scientific formula concerning ideal market share to achieve a perfectly competitive market. This is about companies that are giving up trying to compete on the market and hoping that government will do the deed. The potential beneficiaries here are not consumers but inefficient competitors and government regulators.

While libertarians may have reservations about Google's use of patents to achieve superiority in the market (clearly not a failure of an uninhibited free market), Google remains the top dog because it continues to satisfy consumers. Like Kodak, Xerox, and IBM before it, Google was a market creator, but its lasting success is not guaranteed. Competitors will arise, which in turn will incentivize further innovation. As Jeffery Tucker recently pointed out, Google is now entering the social-media industry after failing with its initial "Buzz" effort. Even the almighty of businesses fails to hit it out of the park every time.

As long as the world's biggest search engine continues to innovate, consumers will continue to benefit from whatever will be the next, best idea to come out of Mountain View, California. Instead of dedicating their resources to get the federal government to slow Google's growth, competitors such as Yelp and Nextag would be better off using their manpower to outwit and out-innovate. Unlike our caretakers in Washington, they are capable of succeeding.