GET NEWS AND ARTICLES IN YOUR INBOXPrint
A
A
Home | Mises Library | What Should Freedom Lovers Do?

What Should Freedom Lovers Do? 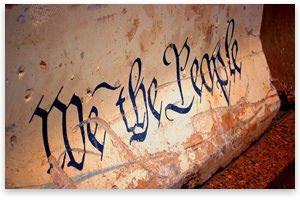 How can one combine professional life with the advancement of liberty? Of course it is presumptuous to offer a definitive answer since all jobs and careers in the market economy are subject to the forces of the division of labor. Because a person focuses on one task doesn't mean that he or she isn't great at many tasks; it means only that the highest productive gains for everyone come from dividing tasks up among many people of a wide range of talents.

So it is with the freedom movement. The more of us there are, the more we do well to specialize, to cooperate through exchange, to boost our impact by dividing the labor. There is no way to know in advance what is right for any person in particular. There are so many wonderful paths from which to choose (and which I will discuss below). But this much we can know. The usual answer — go into government — is wrongheaded. Too many good minds have been corrupted and lost by following this fateful course.

If often happens that an ideological movement will make great strides through education and organization and cultural influence, only to take the illogical leap of believing that politics and political influence, which usually means taking jobs within the bureaucracy, is the next rung on the ladder to success. This is like trying to fight a fire with matches and gasoline. This is what happened to the Christian right in the 1980s. They got involved in politics in order to throw off the yoke of the state. Twenty years later, many of these people are working in the Department of Education or for the White House, doing the prep work to amend the Constitution or invade some foreign country. This is a disastrous waste of intellectual capital.

It is particularly important that believers in liberty not take this course. Government work has been the chosen career path of socialists, social reformers, and Keynesians for at least a century. It is the natural home to them because their ambition is to control society through government. It works for them but it does not work for us.

"To become a bureaucrat to fight bureaucracy, to join the state in order to roll it back, makes as much sense as fighting fire with matches and gasoline."

In the first half of the 20th century, libertarians knew how to oppose statism. They went into business and journalism. They wrote books. They agitated within the cultural arena. They developed fortunes to help fund newspapers, schools, foundations, and public-education organizations. They expanded their commercial ventures to serve as a bulwark against central planning. They became teachers and, when possible, professors. They cultivated wonderful families and focused on the education of their children.

It is a long struggle but it is the way the struggle for liberty has always taken place. But somewhere along the way, some people, enticed by the prospect of a fast track to reform, rethought this idea. Perhaps we should try the same technique that the left did. We should get our people in power and displace their people, and then we can bring about change toward liberty. In fact, isn't this the most important goal of all? So long as the left controls the state, it will expand in ways that are incompatible with freedom. We need to take back the state.

So goes the logic. What is wrong with it? The state's only function is as an apparatus of coercion and compulsion. That is its distinguishing mark. It is what makes the state the state. To the same extent that the state responds well to arguments that it should be larger and more powerful, it is institutionally hostile to anyone who says that it should be less powerful and less coercive. That is not to say that some work from the "inside" cannot do some good, some of the time. But it is far more likely that the state will convert the libertarian than for the libertarian to convert the state.

We've all seen this a thousand times. It rarely takes more than a few months for a libertarian intellectual headed for the Beltway to "mature" and realize that his or her old ideals were rather childish and insufficiently real world. A politician promising to defang Washington later becomes the leading expert in applying tooth enamel. Once that fateful step is taken, there are no limits. I know a bureaucrat who helped run martial law in Iraq who once swore fidelity to Rothbardian political economy.

The reason has to do with ambition, which is not normally a bad impulse. The culture of Washington, however, requires that ambition work itself out by paying maximum deference to the powers that be. At first, this is easy to justify: how else can the state be converted except by being friendly to it? The state is our enemy, but for now, we must pretend to be its pal. In time, the dreams are displaced by the daily need to curry favor. Eventually the person becomes precisely the kind of person he or she once despised. (For Lord of the Rings fans, it's like being asked to carry the ring for a while; you don't want to give it up.)

I've known people who have gone this route and one day took an honest look in the mirror, and didn't like what they saw. They have said to me that they were mistaken to think it could work. They didn't recognize the subtle ways in which they themselves were being drawn in. They recognize the futility of politely asking the state, day after day, to permit a bit more liberty here and there. Ultimately you must frame your arguments in terms of what is good for the state, and the reality is that liberty is not usually good for the state. Hence, the rhetoric and finally the goal begin to change.

The state is open to persuasion, to be sure, but it usually acts out of fear, not friendship. If the bureaucrats and politicians fear backlash, they will not increase taxes or regulations. If they sense a high enough degree of public outrage, they will even repeal controls and programs. An example is the end of alcohol prohibition or the repeal of the 55 mph speed limit. These were pulled back because politicians and bureaucrats sensed too high a cost from continued enforcement.

The problem of strategy was something that fascinated Murray Rothbard, who wrote several important articles on the need for never compromising the long-run goal for short-term gain through the political process. That doesn't mean we should not welcome a 1 percent tax cut or repeal a section of some law. But we should never allow ourselves to be sucked into the trade-off racket: e.g., repeal this bad tax to impose this better tax. That would be using a means (a tax) that contradicts the goal (elimination of taxation).

The Rothbardian approach to a pro-freedom strategy comes down to the following four affirmations:

Libertarians are not the first people who have confronted the question of strategy for social advance and cultural and political change. After the Civil War, a large part of the population of the South, namely former slaves, found themselves in a perilous situation. They had a crying need to advance socially within society, but lacked education, skill, and capital. They also bore the burden of pushing social change that permitted them to be regarded as full citizens who made the most of their new freedom. In many ways, they found themselves in a position somewhat like new immigrants but with an additional burden of throwing off an old social status for a new one.

The Reconstruction period of Union-run martial law invited many blacks to participate in politics as a primary goal. This proved to be a terrible temptation for many, as the former Virginia slave Booker T. Washington said. "During the whole of the Reconstruction period our people throughout the South looked to the Federal Government for everything, very much as a child looks to its mother." He rejected this political model because "the general political agitation drew the attention of our people away from the more fundamental matters of perfecting themselves in the industries at their doors and in securing property."

"The state chews up and either eats or spits out those with a passion for liberty."

Washington wrote that "the temptations to enter political life were so alluring that I came very near yielding to them at one time" but he resisted this in favor of "the laying of the foundation of the race through a generous education of the hand, head and heart." Later when he visited DC, he knew that he had been right. "A large proportion of these people had been drawn to Washington because they felt that they could lead a life of ease there," he wrote. "Others had secured minor government positions, and still another large class was there in the hope of securing Federal positions."

As it was in the 1870s it is today. The state chews up and either eats or spits out those with a passion for liberty. The extent to which W.E.B. DuBois's Marxian push for political agitation has prevailed over Washington's push for commercial advance has been tragic for black Americans and for the whole of American society. Many obtained political power, but not liberty classically understood.

We can learn from this. The thousands of young people who are discovering the ideas of liberty for the first time ought to stay away from the Beltway and all its allures. Instead, they should pursue their love and passion through arts, commerce, education, and even the ministry. These are fields that offer genuine promise with a high return.

When a libertarian tells me that he is doing some good as a procurement officer at HUD, I don't doubt his word. But how much more would he do by quitting his job and writing an expose on the entire bureaucratic racket? One well-placed blast against such an agency can bring about more reform, and do more good, than decades of attempted subversion from within.

Are there politicians who do some good? Certainly, and the name Ron Paul is the first that comes to mind. But the good he does is not as a legislator as such but as an educator with a prominent platform from which to speak. Every no vote is a lesson to the multitudes. We need more Ron Pauls.

But Ron is the first to say that, more importantly, we need more professors, business owners, fathers and mothers, religious leaders, and entrepreneurs. The party of liberty loves commerce and culture, not the state. Commerce and culture is our home and our launching ground for social reform and revolution.

A version of this article appeared the Free Market, May 2004. You can subscribe by becoming a member.
Author: