The War on Internships 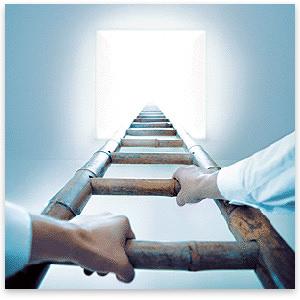 Since at least the 12th century until very recently, entry into a profession has come via an apprenticeship, or, in the American terminology, a formal internship. A young person comes to work with people experienced in a trade, usually in exchange for office space, housing, tools to use, but little or no monetary compensation. Everyone wins: the employer gets to scope out a potential hire, and the intern gains priceless experience and a later job offer, new contacts, or a letter of recommendation.

What is the alternative? It is the completely la-la-land view, emerging sometime after World War II, that a student can sit at a desk listening for 16 to 20 years and thereby be prepared to call down immediately a substantial salary from a firm by virtue of the great value he or she provides.

This assumption is preposterous, but it is one around which the state-controlled system is structured. It is unviable for employers and highly misleading for students. Employers often report the silly scene of new graduates who waltz into businesses and demand a large salary with nothing but a certification from an artificial environment, sans work ethic or real-world skills.

It would be one thing if an employer could forgo housing and other benefits and just pay a really low salary to first-time employees. But that is not the case today. The state and its heavy hand have seriously restricted the right of employers to negotiate salaries. The government provides a canned model of employment — wages, benefits, working hours — that it applies in every situation, even those where it cannot possibly be fruitful, which is especially with applicants right out of school.

Look at the unemployment rate among 20-somethings — now at 25 percent and rising. It is more than twice the national average, and this is for a reason. The costs of hiring far outstrip the value of new workers to firms. During a recession, these marginal workers are avoided. There must be some solution that the market provides, if only for young people to not be completely shut out of the division of labor. The rise of the internship is the market's finding the workaround to government regulations, evidence of the tendency of liberty to grow up like grass in the cracks of sidewalks.

The mutual utility that comes from internships has become especially attractive for people in recent years. Evidence shows internships in every single field are exploding. This is all to the good.

The government is saying that all of this could be illegal. M. Patricia Smith, as New York Labor commissioner, led a crackdown last year, and now, as a federal Labor Department enforcer, she is doing the same on a national level. The reason is that many of the internships are said to violate the minimum-wage law, among many other laws governing employment.

Is it true that these are illegal? Well, it turns out that the government has strict rules

for determining whether someone is legally a "trainee" rather than an employee:

1. The training, even though it includes actual operation of the facilities of the employer, is similar to what would be given in a vocational school or academic educational instruction;

If the training is similar, what would be the point of the internship? There has to be some value added, else the internship would not be needed, much less required.

2. The training is for the benefit of the trainees;

To the exclusion of a benefit to the employers?

3. The trainees do not displace regular employees, but work under their close observation;

That would imply that the business doesn't really need the intern to do anything substantive.

4. The employer that provides the training derives no immediate advantage from the activities of the trainees, and on occasion the employer's operations may actually be impeded;

Now, this is an incredible requirement, which suggests that the intern must actually provide no real value. The intern must, by law, do useless things! This places even a legal constraint on what letters of recommendation can say. If the intern provides no real advantage in a labor sense, the costs of training and the headache and the issue that the intern is taking up space are all cost and no benefit. No employer and no intern would go along with this!

5. The trainees are not necessarily entitled to a job at the conclusion of the training period; and

That's not a problem, but one can see the hand of unions here, working to exclude "scab" laborers.

6. The employer and the trainees understand that the trainees are not entitled to wages for the time spent in training.

It is just a bit strange that companies would be, on the one hand, attacked for not providing enough in wages and, on the other, required to not provide any wages. Again, this only makes sense in light of the interests of labor unions to restrict the supply of labor. In other words, all of these rules seem to be constructed to prohibit internships altogether.

So are most existing internships technically illegal? They very well could be.

Who loses if this crackdown succeeds? The same groups that are winning under the present increase in internships: young people and their employers and would-be employers. There can be no other way that this plays itself out. This is the state mowing down the grass that is growing in the cracks of its sidewalks and then spraying Roundup to prevent any more from growing.

It's a heck of a time to be doing this too: just as young people are having more trouble than ever in getting a foothold in the workplace.