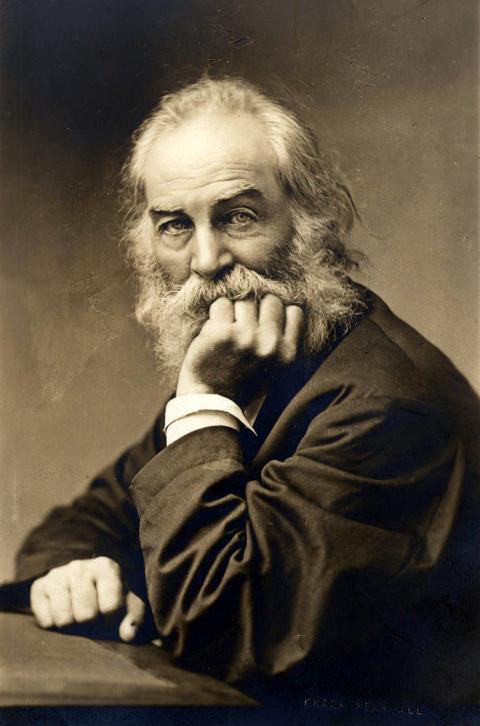 On May 31, 1819, Walt Whitman was born in West Hills, New York. Many believe that Whitman was America's greatest poet and that his Leaves of Grass is the most influential poetry volume in American literature.

According to the Columbia Encyclopedia, Whitman's poetry "celebrated the freedom and dignity of the individual." But that celebration was not limited to his poetry.  It is also reflected in the all-but-overlooked prose he penned during an extensive career as a journalist and editor.

Anyone who writes of individual freedom must consider the role of government, and Whitman was no exception. His views were well expressed in two editorials he wrote for the Brooklyn Daily Eagle: "Duties of Government," which was published April 4, 1846, and "Government," which ran July 26, 1847.

From "Duties of Government":

It is only the novice in political economy who thinks it the duty of government to make its citizens happy. Government has no such office. To protect the weak and the minority from the impositions of the strong and the majority--to prevent any one from positively working to render the people unhappy, to do the labor not of an officious inter-meddler in the affairs of men, but of a prudent watchman who prevents outrage--these are rather the proper duties of a government.

Under the specious pretext of effecting "the happiness of the whole community," nearly all the wrongs and intrusions of government have been carried through. . . . Indeed, sensible men have long seen that "the best government is that which governs least." And we are surprised that the spirit of this maxim is not oftener and closer to the hearts of our domestic leaders.

The recognized doctrine that the people are to be governed by some abstract power, apart from themselves, has not, even at this day in this country, lost its hold--nor that to any thing more than the government must the said people look for their well-doing and the prosperity of the state... this dogma is particularly inconvenient; because it makes a perpetual and fierce strife between those of opposing views, to get their notions and doctrines realized in the laws.

In plain truth, he wrote, "the people expect too much of the government." Under a proper organization (and even to a great extent as things are), the wealth and happiness of the citizens could hardly be touched by the government--could neither be retarded nor advanced. Men must be "masters of themselves," and not look to Presidents and legislative bodies for aid. In this wide and naturally rich country, the best government indeed is "that which governs least."

One point, however, must not be forgotten--ought to be put before the eyes of the people every day; and that is, although government can do little positive good to the people, it may do an immense deal of harm. . . . the Democratic principle . . . would prevent all this harm. It would have no man's benefit achieved at the expense of his neighbors. It would have no one's rights infringed upon and that, after all, is pretty much the sum and substance of the prerogatives of government. How beautiful and harmonious a system! How it transcends all other codes, as the golden rule, in its brevity, transcends the ponderous tomes of the philosophic lore! While mere politicians, in their narrow minds, are sweating and fuming with their complicated statutes, this one single rule, rationally construed and applied, is enough to form the starting point of all that is necessary in government: to make no more laws than those useful for preventing a man or body of men from infringing on the rights of other men.

Seventy years after the Declaration of Independence, Walt Whitman still echoed the views of its author, Thomas Jefferson, on freedom and government's only essential role: defending that freedom.

As we mark his 183rd birthday, we should celebrate not only the free verse of his unique American poetry, but also the freedom that both inspired it and made it possible. And we should also spend a moment to ask how much of that freedom which allows each individual, as far as possible, to govern his or her own actions, persists today.