Up with Vietnamese Catfish | Mises Institute
Skip to main content

Up with Vietnamese Catfish 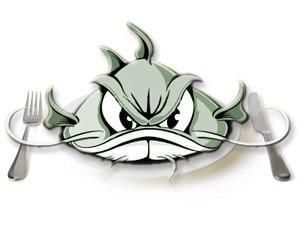 If you are looking for an archetype of disgusting protectionism — benefiting special interests, pillaging consumers, and impoverishing foreigners — the case of the catfish gets my vote.

After communism vanished in Vietnam in the 1990s, entrepreneurs started exporting its catfish. The stuff was so good that it threatened US producers. So in 2003, Congress legislated against the imported fish. It can't be called catfish; it must be called swai and basa. Also, a pricey tariff applies.

Then the US catfish industry started spreading Stalinesque propaganda about the evils of Vietnamese fish. It is nasty, dirty, and disease ridden. As an appeal to goofy American sentimentalism, they claimed that the industry was violating fishes' rights by putting them in too-small tanks. They even claimed that Vietnamese fish puts the United States at risk of "bioterrorism."

But swai and basa wouldn't be stopped. The catfish industry demanded a series of other changes. Jurisdiction must be moved from this bureaucracy to that. And then the industry discerned that the regulation would actually be tighter if the imports were called catfish after all, and so they demanded that.

It didn't work. Vietnamese fish is everywhere these days. Consumers are figuring out the racket and going for the better price.

The war is ongoing. Last night I inadvertently found myself on the front lines. The fish counter at the local grocery carried both at the same time! And get this: The catfish was $7 per pound. The swai was $4 per pound.

That isn't exactly a small price difference! That is gigantic. And imagine if the tariffs and quotas were removed from these Vietnamese fish. We would probably be able to pick them up for $1 a pound!

So, faced with the opportunity to perform a taste test, I went for it. I bought one swai and one US catfish. This was only after the lady behind the counter argued with my claim that swai was just another name for catfish. No, no, she insisted. Swai is something else entirely; it is a strange foreign fish of nowhere near the quality of the great American catfish. She would never buy anything but American-grown fish.

I quickly showed her on my iPhone that scientists all recognize swai as one of 2,000-plus varieties of catfish. She backed down quickly and admitted that her choice was based on the desire to "support America."

Failing to see how a gang of mercantilistic fish farmers wanting to tax me constitutes a proxy for America, I bought both.

I quickly assembled a tasting team. We put both fish in a cast-iron skillet with salt and pepper and butter — nothing fancy so that we could taste the difference. I made the test completely blind so that the tasters couldn't know.

The results: the US catfish is light and flaky with delicate flavors. The Vietnamese swai is tender, textured, and moderately rich in flavor. The catfish flavor is obvious in both, but the difference is also evident. The assembled tasters loved both, but half voted for US and half for Vietnamese.

I was the only taster who was not tasting blind, but to me there was no contest. The Vietnamese fish was far better: rich and nutty with a more intact texture. The American variety seemed wimpy and tasteless by comparison. In any case, no matter how you look at it, it is a close contest.

The biggest difference of course is price. There is no product that cannot be driven out by an equivalent competitor selling at less than half the price. If the government would get out of the way, the price would fall lower and lower until we could get catfish for $1 or $0.50 per pound. This would be reflected in the price we would pay at Captain D's or Red Lobster or the local fish hangout.

In the South, fried fish is something enjoyed by all classes of people. This is particularly nice in a world where classes and races (and even sexes) are often divided by eating establishment. At the fish restaurant we find all groups together in the same place. But the big problem is the price. Liberalizing catfish imports would change that dramatically.

As Lew Rockwell and William Anderson have pointed out, Vietnam embraced free markets long after American troops, supposedly there to liberate these people, had gone home. Vietnam currently has markets that are getting freer and freer — a movement bred from within rather than imposed from without.

Vietnam's fish farmers and workers are people too, struggling to make a profit while bringing yummy food to all people in the world. They are playing an essential role in the progress of the world from rudimentary survival to high civilization.

It is the everlasting disgrace of the American catfish guild that it would stand in the way, taxing us to feed their desire for illicit gain — and the disgrace of politicians that they would listen to the mercantilists rather than the demands of liberty.

It comes down to this. Who should decide which fish is better: consumers, or politicians backed by a protected monopoly? We can choose to choose — or choose to be ripped off.