"The moral is that the market is all around you, constantly making your life more convenient."

A few days ago I was sitting in the break room at work enjoying my lunch when I realized just how incredible the simple, everyday, run-of-the-mill vending machine truly is. For days I have watched people pour money into these simple machines without ever really paying much attention. Heck, I have used these things for the majority of my life and never even given them a second thought. What is truly impressive — no, utterly astonishing — is how such a simple device has spontaneously revolutionized life the world over without the direction of a single bureaucrat, academic, statute, or judicial opinion.

Where It All Began

The vending machine's (un)distinguished history is quite surprising and goes back much further than most imagine. In fact, the very first vending machine dates back to the first century AD. Created by the engineer Heron of Alexandria, this machine used a counterweight system that dispensed holy water after the customer inserted a coin into the coin slot. While it was more of a novelty than an actual distribution device, the vending machine was officially born. However, it was not until the late 19th century, ushered in by the full might of the Industrial Revolution, that history saw the arrival of the modern-day vending machine.

Over the decades, the vending machine has evolved from its simple origins dispensing postcards and gum to a plethora of things ranging from the everyday to the explicit. A brief rundown boggles the mind:

Certainly this list is not exhaustive, but that is beyond the point. The amazing thing is how a simple device with such a simple concept is continually reinvented in the face of competitive pressure, all without intervention from the state. Two examples illustrate not only the prevalence and staying power of the vending machine, but also the entrepreneurial evolution of its ubiquitous design: the beverage vending machine and the pay phone.

From Bottles to Cans and Back Again

The standard beverage-vending machine started more or less as an ice chest with a lift-top lid. Depositing money into the machine would disengage the lock, allowing the customer to lift the lid and grab a drink. Shopkeepers quickly realized that you could "acquire" multiple bottles for the price of one, and keeping a sharp eye on customers defeated the purpose of the automated machine. Soon enough, the beverage machine evolved into its more traditional vertical style and dispensed one bottle at a time. Now shopkeepers could move machines to the porch or sidewalk without much trouble. However, broken bottles and vandalism, among other things, remained issues.

In time, manufacturing and refrigeration technologies changed, and the era of the aluminum can dawned. Not content to be ignored, the beverage machine changed, too, evolving from its glass-bottle-dispensing forefather to the aluminum-can-dropping giants that still exist today. As machines got bigger, stronger, safer, and more complex, they stayed colder, lasted longer, held more product, stored more money, and satisfied more customers. But what do you do when the aluminum can becomes obsolete because consumers demand bigger bottles with resealable lids?

Yesterday's small can pales in comparison to today's huge plastic bottles, and, yet again, the beverage machine had to change with the times. Gone was the monopoly on machines that only vended cans, and introduced were machines capable of handling plastic bottles. However, problems, such as eliminating the dreaded "exploding soda" and handling assorted bottle designs, still remained.

Today's advanced soft-drink machines are a symphony of technology and human ingenuity. No longer are beverages carelessly dropped into a vending receptacle, forcing the customer to wait as the carbonated pressure dissipates. Now, an electronic arm, moving on an X-Y axis, whisks away to the drink of choice, calmly plucks it off the shelf, and gently deposits it in the vending receptacle. Machines can handle bottles and cans by Coke, Pepsi, Gatorade, Red Bull, Starbucks, or any of the thousands of drinks available and does not shake the container one bit.

Further, gone are the days of carrying a handful of change for the machine; bills aren't even needed anymore. Machines accept coins, bills, debit cards, credit cards, and gift cards. The most advanced machines even accept Near Field Communication (NFC), conveniently billing your bank account, credit card, or service provider, all via your mobile phone. While the beverage machine's evolution is very impressive, the evolution of the pay phone really captures the entrepreneurial spirit.

Most people still remember the pay phone. They were on every street corner and in every gas station. Dozens would line the walls of airports, train stations, and hotel lobbies. If you had to a make a call, nothing was more convenient. Today, they are almost gone. So what happened?

First, the pay phone is a simple concept. In essence, the customer deposits money and the machine "vends" a phone call. When the customer picks up the phone, he or she is immediately connected with the operator. After depositing the requisite amount of money, the operator connects the call. In the early days, a live operator literally listened to the bells chime to determine if the correct amount of money was deposited. Later, the operator was replaced by an electronic system that counted the money and connected the call automatically.

Naturally, the mobile phone decimated this concept, and by the mid-2000s major providers, such as AT&T, discontinued pay-phone service. However, the vending machine as a phone-call device never died.

Prior to AT&T's deathblow, vending machines were already providing prepaid calling cards. Entrepreneurs realized that customers already possessed the physical tools needed to make a call (a working phone, an established connection, and money), but didn't necessarily have the intangibles available. In other words, callers needed a medium of exchange to convert their paper or electronic currency, such as cash or a credit card, into something the telephone service provider would honor. While prepaid calling cards were a nice solution, it was only temporary, because mobile phones and cheap calling plans were here to stay.

However, instead of whining and complaining, begging for subsidies and government protection, entrepreneurs did an end-run around the industry as a whole. Today, vending machines not only provide prepaid minutes, but provide the entire phone! Customers have the choice of loading additional minutes onto a current phone or can buy a brand-new phone from providers such as TracFone Wireless. Again, it's as easy as inserting a few bills, swiping a card, or a using a mobile device with NFC. In roughly ten years, the vending machine was recreated — from a provider of telephone calls at fixed locations to a provider of telephones, capable of calling, texting, and browsing the Internet anywhere. 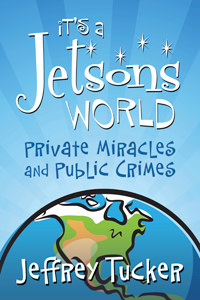 The Moral of the Story

They are not political tools used to campaign for higher wages, more taxes, or better schools. They simply exist and evolve to accommodate changing market demand. Pause the next time you see a vending machine, because it is a microcosm of the free market — always under pressure, constantly progressing, and making life easier at every step.