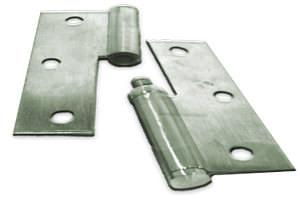 This article originally ran on Tuesday, February 17, 2009. It was near the low of the last stock-market cycle and the economy had endured a year of unprecedented government interventions. The Federal Reserve had made a series of bailouts, Detroit had been bailed out, and we had the various stimulus programs. These measures were sure to restore "confidence" and make statistics like unemployment and GDP better than they otherwise would have been. It even created the conditions for a "very strong bear-market rally."

I, like most Austrian economists, saw this as simply putting off the inevitable and that it would make the ultimate correction much more painful. We do not know if the current correction in the stock market will turn into the big market crash that I have been anticipating. I imagined it happening earlier than this, but all the conditions that I discussed in this article seem to be now in place.

The environment has now been established for the next stock market crash. Everything we do know about the economy is unsettling. Then there are the things that we don't know about, like the bailouts and stimulus plan. Finally, there are plenty of things that we have never even considered, like how all this government intervention impacts the people who currently want to buy "toxic" assets from banks or automobile factories in Detroit.

All this uncertainty and ignorance have left investors and entrepreneurs — the only people who can get us out of this mess — unhinged from the normal parameters with which they operate. The result is inaction and fear, conditions that make the stock market ripe for a crash.

The best account of the development of the housing bubble and the resulting economic crisis is Meltdown by my colleague Thomas Woods. This is one of those rare books that you will read and then buy additional copies for your friends and relatives because now is that moment when virtually everyone is searching for answers in this book.

Despite the massive size of the housing bubble, we can be fairly certain, based on the history of financial panics, that if the market had been left to its own devices it would have already cleaned up most of this mess, and we would be looking forward to the recovery. Remember that in 2007 firms were already raising capital, downsizing, merging, shutting down unprofitable businesses, and filing for bankruptcy. In January 2008, the government embarked on a series of massive and, in many cases, unprecedented emergency measures.

It seems clear from the timing of these measures that they were designed to prevent the market from adjusting, such as reducing stock prices and firms going bankrupt. It is also clear that these measures did provide some short-term delay, but have not solved anything and have only served to make the crisis larger and more drawn out. We don't have to go back to the Great Depression to see where this is headed. Japan took this route in the 1990s and we did the same thing in the 1970s. The result in all three cases was not pretty.

The path to recovery is clear: cut taxes permanently, eliminate government programs, balance the budget, eliminate regulation, free the entrepreneur, establish free trade, eliminate the Federal Reserve, and return to the gold standard. The economy would recover before Congress could finish reciting those 28 words.

The path to depression that we are taking involves exactly the opposite. We are greatly increasing government spending and programs, resulting in the largest budget deficit ever. People's expectations are that these deficits are not going away and could get even bigger. Big deficits will result in a ballooning national debt even as we head into a time when entitlement programs will cause it to balloon even bigger. Naturally, people also think taxes will be even higher, not lower, in the future.

What about regulation and entrepreneurs? Never has the entrepreneur been hated more, at least in Washington DC. Bankers have been brought to the capitol and forced to sign papers and accept bailout money. Politicians complain when banks lend and when they don't lend. Car makers are under siege and vilified for taking the company jet to a mandated government performance. CEOs are vilified and threatened with salary caps. We live in a world where new regulations are being hastily and secretly prepared under emergency conditions and where the rule of law is being openly ignored.

One area that people might feel good about is free trade. That would be a mistake. The Obama administration and Congress are willing to enact protective trade measures to save jobs. But worse than that are all the emergency and unprecedented measures taken over the last 13 months. Protecting banks, Wall Street, Detroit, housing, construction, etc., is protectionism even if it hasn't resulted in a change in tariff rates. Bastiat reminds us that there are many types of protectionism. They all have international implications. As conditions worsen, bailouts, rate cuts, and stimulus packages are going to look less like cooperation and more like Smoot-Hawley confrontation.

Finally, with respect to the Federal Reserve, it seems clear that Bernanke and company are willing to expand their power without limit. Expanding their balance sheet seems like a harmless enough activity, but what they are really doing is a gigantic power grab that puts the dollar and our economy in serious jeopardy. Bernanke essentially is asking us to believe that he is MacGyver and that he will get us out of this mess with a clever application of his science using his Swiss army knife.

I'm not predicting the market will crash this week and I don't even completely discount a very strong bear-market rally, given that the market has lost 45 percent from its high in 2007. What I am saying is that markets don't normally crash, and they only crash under certain conditions. Big-government reforms, bailouts, stimulus, and "change" in general create negative expectations of the future along with a great deal of uncertainty. This leads to inaction and fear — the preconditions for a crash in the stock market. All it needs now is the appropriate trigger.