The Theory of Money and Credit

Appendix B: Translator's Note on the Translation of Certain Technical Terms

It is never possible to be certain that the full significance of a technical term has been brought out in a translation. A short list of the original German terms for the kinds of money and money substitutes mentioned in the present work, and of the English expressions which have been used to translate them, is therefore appended.

The following diagram shows the relationships between some of these terms in Professor Mises' system: 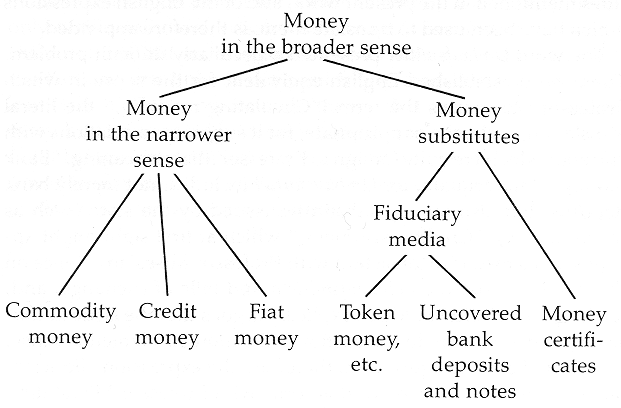