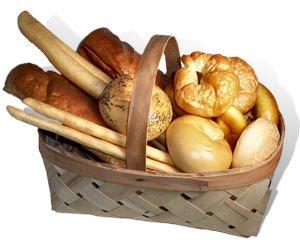 Have you ever gone to the supermarket for food, and purchased something you did not realize you already had generous quantities of at home? Then, when you finally returned home with the groceries, you realized that you had more of that thing than you could eat before it rots.

I did just that. I purchased four loaves of bread at the supermarket — without realizing that I already had two at home. Although I am a fan of bread, I question my ability to consume six loaves before one goes bad. Unfortunately, this is not a rare occurrence. I tend to do this with a lot of food items, including milk and fruit. Some weeks I throw out entire gallons of rotten milk that I simply forgot I had.

My mother's side of the family was not always relatively well off. My grandparents lived through the Spanish Second Republic (1931–1939), civil war (1936–1939), and Francisco Franco's dictatorship. These were times of immense and widespread poverty. This was especially true of the immediate postwar era, after one million deaths and the desolation of much of Spain's productive sector.

Between late 1939 and the mid-1950s, Spain was restricted to political and economic autarky in one of the last remaining European fascist dictatorships — friendly neither to the Soviet Union nor to the Western democracies. During these times, few people could even imagine what a surplus of bread looked like. Throwing out bread would have been considered a sin.

Poverty is an existing reality. There are hundreds of thousands of families who have yet to elevate themselves into a more financially comfortable lifestyle. There are thousands of people around the world wishing to live in the average American household, where bread is just a fraction of one's income instead of the day's main objective.

The dichotomy between rich and poor has become a popular subject. There have been thousands of books, at least hundreds of global conferences, and a multitude of charity programs, all dedicated toward ending world poverty. There has been a great human mobilization in recent years toward the effort of eliminating this aforementioned dichotomy. Unfortunately, the majority of those involved have unjustly pointed their fingers at capitalism as the source of all suffering.

There are many who genuinely see capitalism as a zero-sum game where those in the West unfairly take from the Third World. While some become wealthier, they necessarily do this at the expense of those living in poorer countries. They also believe that the West's drive to "liberalize" many Third World nations by reducing trade barriers and the size of governments has subtracted importance from the concept of the welfare state, and destabilized local economies. Rather than small governments, there are many who believe that foreign countries should instead develop welfare states on the scale of those of Western Europe and the Americas. These beliefs are built upon dubious foundations.

"Capitalism is nothing but the mechanisms of a voluntary society and a web of individual human actions."

Capitalism, rather than being the source of poverty, is a process by which individuals accumulate wealth. Those looking to improve the living conditions of people in the Third World should embrace capitalism as a method by which to achieve this goal. In fact, it is only thanks to the market and voluntary exchange that some of us enjoy the ability to waste bread while worrying about those who don't.

What is it about the First World that allows its citizens such luxury? Even minimum-wage earners could claim to have more luxurious lifestyles than relatively middle-class-income earners in the Third World. Is it the existence of an extensive welfare state? Or is it mere good fortune? Actually, it is neither.

A modern factory worker would be appalled at the wages earned by a factory owner only two hundred years ago. On the basis of real wealth and purchasing power, there are few in the First World who would prefer the standard of living of a European king during the Middle Ages to their current incomes and standards of living. Could you imagine life without a computer, television, or cell phone?

Just as well, the majority of American people living in the first three decades of the 20th century could not afford the luxury of an automobile. Today, there are relatively few families who cannot afford a car. While in the 1940s the television was just beginning to enter the standard American household, today we quip about what type of television provides the better picture.

There is no means of increasing wealth other than to accumulate and invest capital. The West's wealth is the result of centuries of capital accumulation. It is the consequence of hundreds of years worth of investment, development, and production. It is only for this reason that a citizen of the First World can easily acquire a television set, an automobile, or some other luxury, while those living in the Third World cannot.

This is a similar argument to that put forth by Ludwig von Mises in his August 1963 article, "The Economic Role of Savings and Capital Goods,"

There is no other method to make wage rates rise than by investing more capital per worker. More investment of capital means: to give to the laborer more efficient tools. With the aid of better tools and machines, the quantity of the products increases and their quality improves. As the employer consequently will be in a position to obtain from the consumers more for what the employee has produced in one hour of work, he is able — and, by the competition of other employers, forced — to pay a higher price for the man's work.

Not only does a more productive employee enjoy higher wages, but as more goods are produced, the cheaper they become in real terms. Real wages refer to the purchasing power of an employee's nominal wages, or in the simplest case, money-wage rate divided by the price level. The price level, in turn, is found by dividing the aggregate demand for consumer goods by the aggregate supply of consumer goods.

"Capitalism is something innate in all societies, and so governments can only become burdens upon this web of naturally occurring human actions."

Now, the manufacturer of Widget A sees an opportunity to invest in machinery that will double the production of Widget A. He borrows accumulated capital, promising to return what was borrowed plus interest at a specific point in the future, and invests it in this new machinery for his workers. Production of Widget A doubles, meaning that mathematically the supply of the product is now represented by 2X. Using the original figures from above, this means that the new price per Widget A is $1,000 divided by 200 (2 × 100), or $5.

We can now see the relationship between the production of a good and the price. Admittedly, not all investments are meant to increase production, but over the long run one can certainly see the effects of a productive trend. All goods on the competitive market tend to follow this trend, because it is in the interests of all entrepreneurs to increase productivity. Drops in the price of specific goods lead to decreases in the average price level over time. In short, capital accumulation and investment lead to higher productivity, which in turn leads to an increase in real wages through a decrease in the price level.

A moment's reflection shows that the productivity of labor is by far the more important determinant of real wages, for it has no fixed limit. It can be increased to whatever extent the human mind is capable of improving the capital equipment by means of which labor produces.

Such a process cannot be adopted by a government, for it is not an artificial construct. Capital accumulation, exchange and investment are all naturally occurring. Although these actions are oftentimes grouped under the title of "capitalism," it is important to note that capitalism is nothing but the mechanisms of a voluntary society and a web of individual human actions. So, far from being something a government can adopt, it is a concept the government must respect. It is something innate in all societies, and so governments can only become burdens upon this web of naturally occurring human actions.