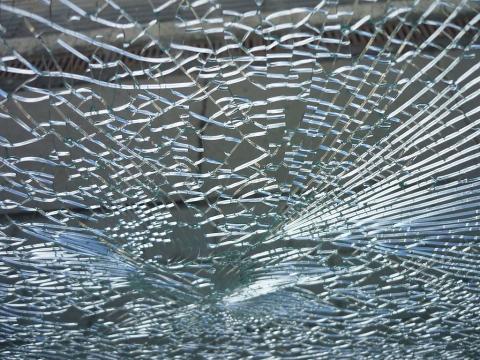 Disaster struck in Tennessee last week—a disaster, at least, from the viewpoint of career politicians of both parties and of members of the elite media, who seem to support every expansion of government.

With the General Assembly poised to put another state income tax on the books, hundreds of angry taxpayers revolted, descending on the state capitol in Nashville with shouts of "No new taxes!"

The revolt apparently struck terror in the hearts of many Tennessee pols and journalists, as outraged citizens reportedly even broke a few windows. Lawmakers told Tennessean.com that they felt "intimidated" by the protests. The state budget—without another new state income tax and even without a tax increase of any kind—was sent to Governor Don Sundquist. He said this terrible budget, without a new income tax, was "a likely candidate for a veto."

It’s no wonder that Sundquist is unhappy. What public official doesn't get hopping mad when he or she doesn’t get more money? That would mean that some unit of government might have to be reduced!

The Tennessee budget, as now constituted, would require the Sundquist administration to cut spending by $110 million. That’s $110 million out of a $19.2 billion budget. Yet, because of this small amount, the governor is threatening to call lawmakers back into a special session, to close state parks, and to take other drastic measures, all because the effort to add yet another tax to the state's overtaxed citizens failed.

The governor’s pals in the state legislature, many of whom had been counting on this "new source of revenue," are also unhappy, as are others who feed at the Tennessee government trough. State Senator Jerry Cooper, one of the leaders of the tax "modernization" movement, lamented, "The people who lost today are the state of Tennessee, our children, our health care."

Maybe Cooper should think of Tennessee’s groaning taxpayers. They believe they pay too much already, and they are wary of any "tax reform" that includes another tax.

"I make a good living; my wife makes a good living. But there’s no reason for us to be taxed at 50 percent," said Doug Bundy, a manufacturing representative from Hermitage, who was part of the protest. Bundy just can’t buy the argument that adding another tax will make his life easier. He logically concludes that more taxes mean more government—no matter how much the politicians promise that, once a state income tax becomes law, other levies will be cut. (Here’s a revolutionary thought: Why not dump all plans for the state income tax and reduce or eliminate other taxes at the same time?)

Bundy has the same rebellious spirit of the people who risked their lives more than two centuries ago over a few relatively inconsequential taxes—if one measures the taxes of colonial America against the all-encompassing package of taxes that assaults the wealth of the average American every day.

Just imagine how infuriated Tennessee’s political class must be with those overtaxed and ungrateful citizens who recently visited them. These pols are probably complaining to their state-funded staffs: "Imagine any state passing a budget without a tax increase! Imagine any state without high income taxes! The gall of those protestors!"

From the quotes that were included in one newspaper account of the tax protest, one would think that the French Revolution had come to the South. "I have a personal problem with anyone trying to intimidate me," said Representative Joe Towns. Senator Ben Atchley said, "I don’t mind expression, but that’s mob rule." Nevertheless, the paper—which had no comment from any lawmaker who opposed the state income tax—reported that, according to the Tennessee lawmakers, the "mob" did not sway the debate.

One of the state income tax deal-breakers, apparently, was a split among lawmakers as to whether the new tax should be imposed immediately or be put to a referendum. The state, which has had deficits in previous years, apparently needs money to expand programs.

But the idea of lawmakers cutting back their spending—something millions of Americans must do in order to satisfy the ravenous appetite of myriad taxing authorities—or trying to stimulate the state’s economy by reducing regulation and creating a better business climate so greater revenues would be generated without raising taxes are concepts that are alien to the minds of career politicians of both major parties. They only know one answer to every social, economic, or political problem: Take more tax money out of the hide of anyone and everyone, but never, ever reduce the size of a government bureaucracy.

Wherever and whenever income-tax advocates gather—whether they want to pass a state income tax or praise the history of the federal income tax—the arguments are always the same:

1.) An income tax is fairer, because it will "equalize" the burden.

Translation: We want income redistribution. But we’re not going to say that because you might think we’re a bunch of a socialists—which many of us are, but don’t let that get around because socialism is still a dirty word to the average American, whom we are going to reeducate in our state schools and through our various social engineering techniques.

2.) An income tax will allow us to "modernize" government.

Translation: We want to expand some level of government. We want to pay off various political interests that put us in office, but we can’t say that, so we’ll hide behind the income tax. For instance, at the Web site of Tennesseans for Fair Taxation, a group lobbying for the state income tax, one woman argues, "We can’t just solve the state’s budget crisis with even further cuts which threaten education, health care, clean air and water, our economy, and the quality of life for our families."

One would think, reading the comments on this group's Web page, that the only good things that happen in our society come from government programs. One would conclude, for example, that public education in Tennessee, and in other states, is a model that should be protected and expanded, while private education is egregious. That, of course, is the opposite of the truth.

3.) The income tax will be small.You, average Joe, will hardly ever feel it.

All new taxes begin the same way: modestly. Later, after they have been around for a few years, the rates rise and margins expand, affecting many more people who mistakenly had thought that it was always the other guy who would pay. The other guy becomes the average guy. Is the federal income tax today "a rich-man’s tax"? The loss of more and more money to our government bureaucracies is nothing less than the loss of economic liberty—the liberty to enjoy the fruits of our labor and use our property in any way we see fit, provided we employ neither fraud nor coercion.

The rich man's loss of liberty, which was first welcomed by many credulous Americans, eventually became everyman’s loss of liberty. More than a few citizens of Tennessee demonstrated that they understand this.

It was Frank Chodorov—a seminal thinker who, back in 1954, in an extraordinary little book called "The Income Tax, Root of All Evil"—sounded the warning which, more than once in a while, is heard in a nation whose founders were tax rebels.

"A government is as strong as its income," Chodorov wrote in arguing that the federal income tax should be repealed. "Contrariwise, the independence of the people is in direct proportion to the amount of their wealth they can enjoy. We cannot restore traditional American freedom unless we limit the government’s power to tax. No tinkering with this, that, or the other law will stop the trend toward socialism."

For the friends of "strong government," disaster struck in Nashville last week. Where and when will it strike again?

Are We Undertaxed?
The Return of the Tax Credit
Deductibility and Subsidy
That Gasoline Tax
Babbitry and Taxes: A Profile in Courage?
Flat Tax or Flat Taxpayer?
Mrs. Thatcher's Poll Tax
The Budget Crisis
The Balanced-Budget Amendment Hoax