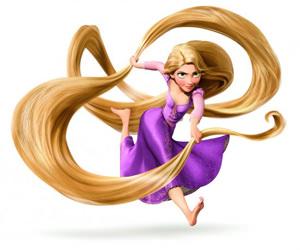 05/18/2011Jeffrey A. Tucker
Sometimes 2.0 is just much better than 1.0, and here we see the big problem with intellectual-property protection."

The 2010 Disney animated feature Tangled tells the story of Rapunzel in a version much better than the original. The original had only one gimmick — the hair of the girl in the tower that the evil pretend mother and also the lover climb up to see her — but was otherwise not very interesting by comparison to the rerelease.

Rapunzel, who is not a peasant as in the original but rather a lost princess, does a hilarious rendering of the conflicted girl who wants to cling to the mother but also wants to see the world. The boy is not a prince but rather a bandit named Flynn Ryder, and it takes him a very long time to decide to give up his ruffian ways to finally fall in love.

And the story mercifully leaves out some very strange aspects of the original Brothers Grimm, including the wildly implausible idea that a husband would give up child-rearing rights to his wife's child in exchange for free access to the neighbor's lettuce patch.

Of course the original is in the public domain by now, just as with all the great Disney blockbusters. Not all are improvements on the original, but this film certainly is. Sometimes 2.0 is just much better than 1.0, and here we see the big problem with intellectual-property protection. It freezes the first release as the only release for up to several generations. Improving and adapting are made against the law. This is not a problem if you use a story that is old enough. But why should society have to wait 100 years to get a better version of the original? Why should we have laws that artificially slow the pace of progress?

But back to the movie. I saw it because a Facebook friend, Matt Zietzke, suggested that the entire movie might be seen as an allegory of "government oppression and tactics to hold themselves as rulers over the people." The idea here is that the evil witch Gothel, who is really old and decrepit but uses magic to look 40-something, is the stand-in for the state.

Let's see how this works out.

Gothel: She sneaks into the home of the wealthy aristocrats to steal their child.

Gothel: Pretends she is young, pretty, and has the best interests of Rapunzel in mind, whereas she is really old, ugly, vain, and holds Rapunzel in a tower to sustain the spell that keeps reality at bay.

Gothel: Makes up constant lies to keep Rapunzel from finding a way out of the tower, all based on the idea that the world outside is really full of evil people who mean to do her harm.

Gothel: Flatters Rapunzel and makes her a much-vaunted hazelnut soup (what's so great about that?) to keep her placated and less dissatisfied with her imprisonment.

Gothel: Makes Rapunzel afraid of her freedom and unconscious of her true identity as the lost princess so that she won't run away.

Gothel: Sustains herself like a parasite; so long as Rapunzel doesn't cut her hair, which she could do at any time, Gothel will still look presentable in a size 9.

Gothel: Falls to her death once Rapunzel's hair is cut and the spell is broken.

So yes, I can go along with the idea that this is an allegory. As a final note, this film is absolutely gorgeous in every way. The musical score, perhaps unwittingly, is a hilarious caricature of modern Broadway show tunes. In both respects, the film ends up embodying the best of the new in the context of a story about enslavement, which is the perpetual and universal issue that every generation must fight against.