GET NEWS AND ARTICLES IN YOUR INBOXPrint
A
A
Home | Mises Library | Study Guide to Human Action, Chapter IV 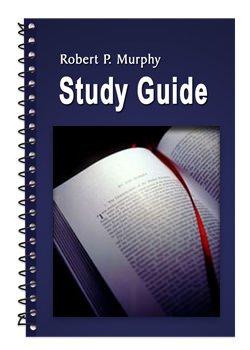 CHAPTER IV. A FIRST ANALYSIS OF THE CATEGORY OF ACTION

The end (or goal or aim) is the result sought by an actor. The means is whatever is used to attain the end. Ends and means do not exist in the physical universe, but rather are the product of a valuing mind as it surveys its physical environment.

Praxeology does not concern itself with an idealized actor who has noble ends and knows the best means to achieve any end. On the contrary, praxeology takes an actor's goals, and his beliefs on how to satisfy them, as the starting point of analysis. If people erroneously believe that a certain root possesses medicinal properties, it will command a price on the market. The economist must take people as they are to explain market phenomena.

The common distinction between free goods and economic goods is unhelpful, for a "free good" isn't scarce and is better classified as a general condition of human well being. Goods that directly satisfy human wants are consumers' goods or (in Mengerian terminology) goods of the first order. Goods that only satisfy wants indirectly, with the assistance of other goods, are classified as producers' goods, or factors of production, or (following Menger) goods of higher order. One can conceptually arrange the higher order goods according to their remoteness from the ultimate end; the second orders goods cooperate to yield the first order (consumer) good, while the third order goods are used to produce second order goods and so forth.

2. The Scale of Value

An actor has competing ends, but in any given action he must satisfy some wants while leaving others unfulfilled. The praxeologist interprets this behavior by saying that the satisfied end was higher on the scale of value that the others. Value resides not in objects but in the minds of actors who rank those objects as either directly desirable or as means to some other, more ultimate end.

3. The Scale of Needs

Although other disciplines (such as physiology) may usefully distinguish between "real" versus "conditioned" or artificial needs, economics has no need of such a scheme. All of economics can be built on the subjective scale of values possessed by actual individuals.

4. Action as an Exchange

An action is an attempt to substitute a more satisfactory situation for a less desirable one. In this sense, all actions are voluntary exchanges. That which is abandoned is the price of the action, while the costs of the action are the value of the price paid. Another way to express this is to say that the cost of an action is the value placed on satisfaction that must be foregone in order to achieve the chosen end.

The difference between the value of the price (i.e. the costs) of an action, and the goal attained, is the gain or profit or net yield of the action. In this sense profit is a purely subjective category, and is immeasurable, for an increase in happiness is a psychic phenomenon that defies quantitative treatment. Actions can only rank ends in an ordinal fashion, i.e. first, second, third, etc. An exchange only demonstrates that which is preferred, not "how much" it is preferred.

Actors are fallible, and often an action will not achieve the end sought. However, if the attained outcome is still preferable to the original situation, then the actor still enjoys a profit (though a smaller one than originally hoped). But if the actual outcome is more unsatisfactory than what was sacrificed in carrying out the action, then the actor suffers a loss.

This relatively short chapter seems simple enough, but it is truly extraordinary and deserves careful study. For this is where Mises finally links his "philosophical tangents" with "real economics." In particular, Mises shows that the concept of action implies the concepts of value, price, costs, profit, and loss. These are not simply offshoots of an organized market where goods trade against money, but are actually fundamental categories that would exist even for an isolated actor who engages in "barter" with Nature.

In this chapter Mises also lays the framework for the "Austrian" approach to the capital structure, with the hierarchy of goods in terms of their remoteness from the final act of consumption.

2. The scale of value

3. The Scale of Needs

4. Action as an Exchange