GET NEWS AND ARTICLES IN YOUR INBOXPrint
A
A
Home | Mises Library | The State vs. Frank Quattrone

The State vs. Frank Quattrone 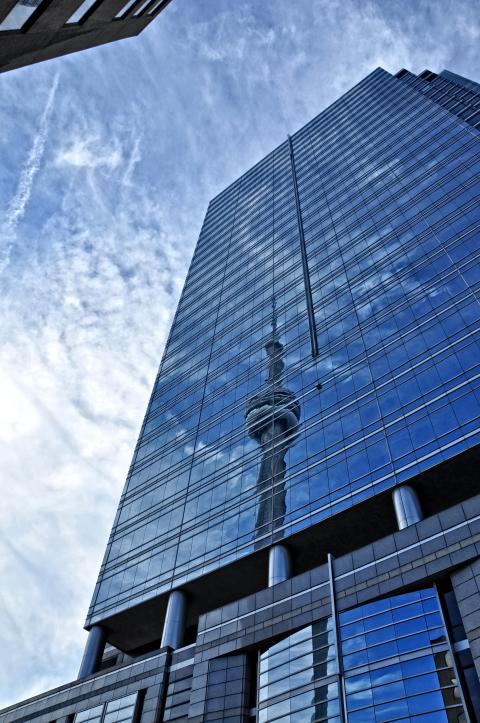 Frank Quattrone sent a 22-word e-mail to his employees reminding them of an existing policy. Now he is going to jail for it.

In this latest surreal ordeal of one of the prominent private sector players of the investment boom of the 1990s, the feds successfully brought criminal charges against a man for actions that were clearly of a civil nature, caused absolutely zero shareholder harm, and appear to be motivated by the twin motives of jealousy and career advancement on the part of government prosecutors. This verdict is not a happy event for those who are concerned about the federalization of victimless crimes, to say nothing of the continued politicization of an out-of-control Justice Department that criminalizes the most innocuous of actions.

What exactly did Quattrone do? He reminded his subordinates of a company policy to destroy documents, an action he doubtlessly carried out several times during his highly successful stint as an investment banker at Credit Suisse First Boston. However, when he sent this message on December 5, 2000, it followed being informed of a federal probe into CSFB's initial public offering allocation policies.

This may or may not have been an obstruction of justice. A gray area is bound to result when trying to judge someone's motives. Quattrone claimed that his was a routine e-mail and that he was never led to believe that it would hinder the federal investigation. Prosecutors argue that his e-mail proved that Quattrone had something to hide, even though no devious intentions were shown over the course of two trials. (An earlier Quattrone trial ended in a hung jury.)

It is clear that this lack of intent to deceive investigators should play heavily in Quattrone's sentencing hearing. Unfortunately, it is also clear that given the orchestrated backlash against the private sector following the most recent recession, Quattrone will receive little mercy from a justice system hell-bent on demonizing the market so as to draw attention away from the State's very great complicity in exacerbating the effects of the boom-bust cycle.

As the feds scapegoated business to hide the ill-effects of New Deal policies in the 1930s, so they are today—this time, to cover for the disastrous economic results of its fiscal, monetary, protectionist, and regulatory interventions in the market order that create unsustainable economic booms and that prolong the market correction process. The great irony today is that the very political classes that benefited from Quattrone's efforts turned against him once the economy dipped.

Consider that Quattrone's value to CSFB was in managing highly complicated and high profile IPOs during the height of the tech boom, including those of Amazon.com and Netscape Communications. That he set a very high standard for such transitions from private to public corporate structure was evidenced most recently in Google's choosing CSFB (along with Morgan Stanley) to manage its much anticipated IPO later this year.

Such IPOs can be very lucrative, such as when public anticipation of the stock cause it to rise well above its initial offering price. Investors lucky enough to be allocated initial shares of the firm can benefit when they "flip" the shares, or sell them soon after the shares are made public, when the stock price often surges.

One of the jobs of investment bankers is deciding which investors will have access to the initial shares. They have an incentive to make them available to some of their better clients as a way to thank them for their business. But they also have an incentive to provide special access to politicians who are in positions to help or harm them via the political process. Indeed, this incentive only exists in a world in which government has grown beyond the point of required in a functional and free republic.

Government has grown well beyond that point in the United States, making great strides in centralizing and growing political power in the bellwether years of 1861, 1913, 1933, and 1965. (I am afraid that we will soon add 2002 to that list.)  Absent such growth, possibly questionable though undeniably harmless actions such as Quattrone's would be left to civil courts where they belong.

Part of the reason for the growth, however, is that many individuals gain from it. That politicians have long benefited from access to lucrative IPOs is well known. An important 2002 article by Christine B. Whelan and Tom Hamburger in the Wall Street Journal ("IPO Largess Flowed to Capitol Hill --- Lawmakers, Not Just Executives, Benefited From Lucrative Deals Under Investigation") lists a few of the more notorious examples of the kickbacks long enjoyed by "public servants". They note that:

[l]awmakers' IPO trades first got media attention in 1993, when it was disclosed that then-House Speaker Tom Foley made more than $150,000 over five years through IPO deals arranged by a longtime friend. He promised to stop investing in IPOs.

When he was in the House in 1992, Sen. Robert Torricelli made $70,000 from a New Jersey bank IPO. Responding to criticism when the deal was disclosed the next year, he promised not to trade in future IPOs, but in 1997 he reported making $1,692 on nine IPOs. The senator's staff said his brokerage firm recommended the deals but afforded him no favoritism.

Former New York Sen. Al D'Amato, a Republican, made a $37,125 profit in one day trading on Computer Marketplace Inc.'s IPO in 1993. He denied that he had received favored treatment from his Stratton Oakmont Inc. broker, but an inquiry conducted for the SEC concluded that Stratton had bent its own rules "to service a United States senator." The Ethics Committee found "no improper conduct."

Of course, the distribution of initial public offerings is a matter that should be left to private individuals making them available, specifically those who direct the firm that is going public and the investment bankers overseeing the process. If left to market forces and private institutions, "flippable" IPOs would never have come to dominate the investment banking landscape like they do today.

Unfortunately for Quattrone, this is the landscape in which he operated in his vocation. What is likely to come of his trial?

For one thing, e-mail will become a less common tool for corporate managers. As the Quattrone verdict shows, even the most conventional sorts of communication can cause much unwanted trouble.

Also, individuals who operate in positions of authority for the modern firm will require increased compensation for the increased risk they assume when a simple mistake could land them in a criminal trial. In many cases, talented employees will be tempted to by early retirements or buyouts that they otherwise would have forgone. Why remain on the job if the legal environment has become so murky?

Finally, government will continue to thrive as long as public officials exist who use it to their pecuniary advantage. We are often told that the market needs the government to reign in its supposed excesses, but those who make this argument seldom have an answer to the question of who should reign in the government.

In a paper to be published later this year in the Journal of Financial and Quantitative Analysis, Professor Alan Ziobrowski of Georgia State University found that U.S. senators' personal stock portfolios outperformed the market by an average of 12 percent since 1998, a period of time that included the recent recession and its attendant slide in the stock market. Maybe they were extremely savvy investors. Or maybe there is a whole lot of corruption going on, and Frank Quattrone is hardly at the center of it.