GET NEWS AND ARTICLES IN YOUR INBOXPrint
A
A
Home | Mises Library | Should We Worry About Deflation?

Should We Worry About Deflation? 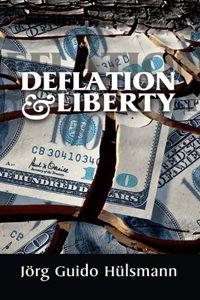 [This essay originally appeared on LewRockwell.com.]

There is now worldwide worrying about price deflation again. After all, real estate prices have sunk, stock prices have hit the ditch, the price of oil has the sheiks concerned, and even Las Vegas hotel room rates have plunged. Sounds like all good news for those of us who buy things, at the same time being a bit of a bummer for heavily indebted sellers.

But former Federal Reserve Governor Rick Mishkin told an early-morning CNBC audience that "inflation could be too low." On the same program, James K. Galbraith, who teaches economics at the Lyndon Baines Johnson School at the University of Texas at Austin, chimed in that there has been "a huge deflationary shock" to the economy, and of course the government needs to step in and stabilize the markets and bail out businesses.

"The Fed did not allow the money base to expand, and we had a panic in the liquid markets," supply-side guru Arthur Laffer told a Las Vegas audience last week, "which caused this financial panic, pure and simple."

Across the pond, Ambrose Evans-Pritchard, writing for the Telegraph, warns "Abandon all hope once you enter deflation." Fine wines and white truffles have dropped in price and these price drops could "spread through the broader economy, lodging like a virus in the British and global monetary systems."

"The curse of deflation is that it increases the burden of debts," frets Evans-Pritchard, who goes on to contend, "Deflation has other insidious traits. It causes shoppers to hold back. They wait for lower prices. Once this psychology gains a grip, it can gradually set off a self-feeding spiral that is hard to stop."

Yes, the current economics brain trust is worried that consumers will collectively show the good sense to delay purchases, pay down debt, and increase their savings. After all, this liquidation of malinvestments will likely take a while. The prudent thing to do in times of uncertainty is not to ramp up debt and spend money you don't have.

But now, all of a sudden, "saving" is a dirty word. According to Evans-Pritchard, savings "also redistributes wealth—the wrong way. Savings appreciate, which is nice for the 'rentiers' with capital. The effect is a large transfer of income from working people with mortgages to bondholders."

Of course sounder-thinking economists don't see deflation as evil, as Jörg Guido Hülsmann points out in his just-published Deflation & Liberty: "it fulfills the very important social function of cleansing the economy and the body politic from all sorts of parasites that have thrived on the previous inflation."

And although Hülsmann's definition of deflation is the proper one—a reduction in the quantity of base money, while what the mainstream blathers on about is a drop in prices—the point remains: "There is absolutely no reason to be concerned about the economic effects of deflation—unless one equates the welfare of the nation with the welfare of its false elites," explains Hülsmann.

But to say governments and their friends are concerned about deflation is an understatement. Professor Peter Spencer from York University says the Bank of England has learned many hard lessons since its founding in 1694. And with no gold standard to get in the way, that central bank is "cutting rates very fast, and if necessary they too will turn to the helicopters," referring to Milton Friedman's (or Ben Bernanke's) idea that governments are capable of dropping bundles of banknotes from helicopters to stop deflation.

This printing of money "will keep the [deflation] wolf from the door," according to Professor Spencer. But creating more money doesn't create more goods and services. There is no wolf at society's door. "From the standpoint of the commonly shared interests of all members of society, the quantity of money is irrelevant," Hülsmann makes clear. And if the overindebted and the overlent go bankrupt, that's fine. The fact is, these liquidations have no effect on the real wealth of a nation, and as Hülsmann stresses, "they do not prevent the successful continuation of production."

Meanwhile the Bernanke Fed has gone on an unprecedented growth spurt, more than doubling its balance sheet—out of thin air—in an attempt to bail out the financial community. Formerly the asset side of the American central bank's balance sheet was Treasury securities with a dash of gold. Now the Fed, despite being double the size, has fewer Treasury securities, with the rest being the toxic securities that have buckled the big Wall Street banks. It's as if Bernanke is channeling John Law, the architect of France's Mississippi Bubble back in 1720. Law couldn't keep his bubble inflated and neither will Bernanke and his fellow central bankers.

"Deflation is a great liberating force."

While central bankers furiously try to reinflate, cheered on by the mainstream financial media, monetary authorities should deflate the money supply, pulling in their horns as consumers are doing. Deflation is a "great liberating force," writes Hülsmann, "because it destroys the economic basis of the social engineers, spin doctors, and brain washers."

This essay originally appeared on LewRockwell.com.