Role of Interest in Entrepreneurial Calculations 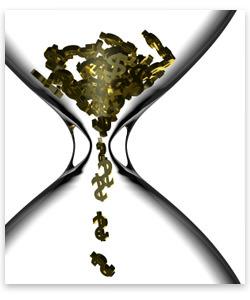 [This article is excerpted from chapter 20 of Human Action: The Scholar's Edition and is read by Jeff Riggenbach.]

A drop in the gross market rate of interest affects the entrepreneur's calculation concerning the chances of the profitability of projects considered. Along with the prices of the material factors of production, wage rates, and the anticipated future prices of the products, interest rates are items that enter into the planning businessman's calculation.

The result of this calculation shows the businessman whether or not a definite project will pay. It shows him what investments can be made under the given state of the ratio in the public's valuation of future goods as against present goods. It brings his actions into agreement with this valuation. It prevents him from embarking upon projects the realization of which would be disapproved by the public because of the length of the waiting time they require. It forces him to employ the available stock of capital goods in such a way as to satisfy best the most urgent wants of the consumers.

But now the drop in interest rates falsifies the businessman's calculation. Although the amount of capital goods available did not increase, the calculation employs figures which would be utilizable only if such an increase had taken place. The result of such calculations is therefore misleading. They make some projects appear profitable and realizable which a correct calculation, based on an interest rate not manipulated by credit expansion, would have shown as unrealizable. Entrepreneurs embark upon the execution of such projects. Business activities are stimulated. A boom begins.

The general upswing in prices spreads optimism. If only the prices of producers' goods had risen and those of consumers' goods had not been affected, the entrepreneurs would have become embarrassed. They would have had doubts concerning the soundness of their plans, as the rise in costs of production would have upset their calculations. But they are reassured by the fact that the demand for consumers' goods is intensified and makes it possible to expand sales in spite of rising prices. Thus they are confident that production will pay, notwithstanding the higher costs it involves. They are resolved to go on.

Of course, in order to continue production on the enlarged scale brought about by the expansion of credit, all entrepreneurs, those who did expand their activities no less than those who produce only within the limits in which they produced previously, need additional funds as the costs of production are now higher. If the credit expansion consists merely in a single, not repeated injection of a definite amount of fiduciary media into the loan market and then ceases altogether, the boom must very soon stop.

The entrepreneurs cannot procure the funds they need for the further conduct of their ventures. The gross market rate of interest rises because the increased demand for loans is not counterpoised by a corresponding increase in the quantity of money available for lending. Commodity prices drop because some entrepreneurs are selling inventories and others abstain from buying. The size of business activities shrinks again. The boom ends because the forces which brought it about are no longer in operation.

The additional quantity of circulation credit has exhausted its operation upon prices and wage rates. Prices, wage rates, and the various individuals' cash holdings are adjusted to the new money relation; they move toward the final state which corresponds to this money relation, without being disturbed by further injections of additional fiduciary media. The rate of originary interest which is coordinated to this new structure of the market acts with full momentum upon the gross market rate of interest. The gross market rate is no longer subject to disturbing influences exercised by cash-induced changes in the supply of money (in the broader sense).

The main deficiency of all attempts to explain the boom — viz., the general tendency to expand production and of all prices to rise — without reference to changes in the supply of money or fiduciary media, is to be seen in the fact that they disregard this circumstance. A general rise in prices can only occur if there is either a drop in the supply of all commodities or an increase in the supply of money (in the broader sense).

Let us, for the sake of argument, admit for the moment that the statements of these nonmonetary explanations of the boom and the trade cycle are correct. Prices advance and business activities expand although no increase in the supply of money has occurred. Then very soon a tendency toward a drop in prices must arise, the demand for loans must increase, the gross market rates of interest must rise, and the short-lived boom comes to an end.

In fact, every nonmonetary trade-cycle doctrine tacitly assumes — or ought logically to assume — that credit expansion is an attendant phenomenon of the boom. It cannot help admitting that in the absence of such a credit expansion no boom could emerge and that the increase in the supply of money (in the broader sense) is a necessary condition of the general upward movement of prices. Thus on close inspection the statements of the nonmonetary explanations of cyclical fluctuations shrink to the assertion that credit expansion, while an indispensable requisite of the boom, is in itself alone not sufficient to bring it about and that some further conditions are required for its appearance.

Yet, even in this restricted sense, the teachings of the nonmonetary doctrines are vain. It is evident that every expansion of credit must bring about the boom as described above. The boom-creating tendency of credit expansion can fail to come only if another factor simultaneously counterbalances its growth.

If, for instance, while the banks expand credit, it is expected that the government will completely tax away the businessmen's "excess" profits or that it will stop the further progress of credit expansion as soon as "pump-priming" will have resulted in rising prices, no boom can develop. The entrepreneurs will abstain from expanding their ventures with the aid of the cheap credits offered by the banks because they cannot expect to increase their gains. It is necessary to mention this fact because it explains the failure of the New Deal's pump-priming measures and other events of the 'thirties.

The boom can last only as long as the credit expansion progresses at an ever-accelerated pace. The boom comes to an end as soon as additional quantities of fiduciary media are no longer thrown upon the loan market. But it could not last forever even if inflation and credit expansion were to go on endlessly. It would then encounter the barriers which prevent the boundless expansion of circulation credit. It would lead to the crack-up boom and the breakdown of the whole monetary system.

The essence of monetary theory is the cognition that cash-induced changes in the money relation affect the various prices, wage rates, and interest rates neither at the same time nor to the same extent. If this unevenness were absent, money would be neutral; changes in the money relation would not affect the structure of business, the size and direction of production in the various branches of industry, consumption, and the wealth and income of the various strata of the population.

Then the gross market rate of interest too would not be affected — either temporarily or lastingly — by changes in the sphere of money and circulation credit. The fact that such changes can modify the rate of originary interest is caused by the changes which this unevenness brings about in the wealth and income of various individuals. The fact that, apart from these changes in the rate of originary interest, the gross market rate is temporarily affected is in itself a manifestation of this unevenness.

If the additional quantity of money enters the economic system in such a way as to reach the loan market only at a date at which it has already made commodity prices and wage rates rise, these immediate temporary effects upon the gross market rate of interest will be either slight or entirely absent. The gross market rate of interest is the more violently affected the sooner the inflowing additional supply of money or fiduciary media reaches the loan market.

"Production has been altered in such a way that the length of waiting time has been extended. But the demand for consumers' goods has not dropped so as to make the available supply last for a longer period.

It is true, as has been pointed out above in dealing with forced saving, that in the further progress of the expansion a part of the population will be compelled to restrict its consumption. But it depends on the particular conditions of each instance of credit expansion whether this forced saving of some groups of the people will overcompensate the increase in consumption on the part of other groups and will thus result in a net increase in the total amount of saving in the whole market system. At any rate, the immediate consequence of credit expansion is a rise in consumption on the part of those wage earners whose wages have risen on account of the intensified demand for labor displayed by the expanding entrepreneurs.

Let us for the sake of argument assume that the increased consumption of these wage earners favored by the inflation and the forced saving of other groups prejudiced by the inflation are equal in amount and that no change in the total amount of consumption has occurred. Then the situation is this: Production has been altered in such a way that the length of waiting time has been extended. But the demand for consumers' goods has not dropped so as to make the available supply last for a longer period. Of course, this fact results in a rise in the prices of consumers' goods and thus brings about the tendency toward forced saving.

On the eve of the credit expansion all those production processes were in operation which, under the given state of the market data, were deemed profitable. The system was moving toward a state in which all those eager to earn wages would be employed and all nonconvertible factors of production would be employed to the extent that the demand of the consumers and the available supply of nonspecific material factors and of labor would permit. A further expansion of production is possible only if the amount of capital goods is increased by additional saving, i.e., by surpluses produced and not consumed.

The characteristic mark of the credit-expansion boom is that such additional capital goods have not been made available. The capital goods required for the expansion of business activities must be withdrawn from other lines of production.

This article is excerpted from chapter 20 of Human Action: The Scholar's Edition and is read by Jeff Riggenbach.