The Rise of Imperialism in Virginia 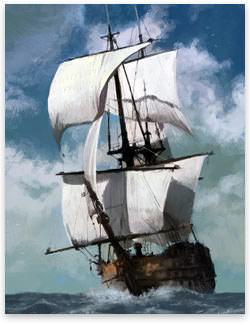 The other major factor in the survival of the colony was the discovery by John Rolfe, about 1612, that Virginia tobacco could be grown in such a way as to make it acceptable to European tastes. Previously, Virginia tobacco had been regarded as inferior to the product that had been introduced to the Old World by the Spanish colonies in America. By 1614 Rolfe was able to ship a cargo of tobacco to London and meet a successful market. Very rapidly, Virginia possessed a staple and an important economic base; tobacco could be readily exported to Europe and exchanged for other goods needed by the colonists.

Even though tobacco was truly the lifeblood of the little colony, the government — of Britain and of Virginia — could not keep from trying to cripple its growth. King James was aesthetically offended by the spread of the fashion for that "idle vanity," smoking, and so placed a heavy duty on tobacco to limit its import. In that way, presumably, Englishmen would only smoke "with moderation, to preserve their health."

Sir Thomas Dale, alarmed at the prospects of monoculture, decreed it a crime for a planter not to raise an additional two acres of corn for himself and each servant — presumably no person was to be trusted with the far more efficient procedure of raising tobacco, and with the proceeds buying his own corn from whomever he desired.

Even the patron saint of Virginia tobacco, John Rolfe, was appalled at its rapid spread, thus showing a far skimpier knowledge of economics than of the technology of tobacco. Even the liberal Sir Edwin Sandys took this position and deplored the spread of tobacco and the deemphasis on corn. Only Captain John Smith showed economic sense by pointing out the reason for the colonists' seemingly peculiar emphasis on tobacco over corn: a man's labor in tobacco could earn six times as much as in grain.

The first General Assembly added to the regulations on tobacco: every settler was forced to plant, each year, a certain quota of other plants and crops; the price of tobacco was fixed by law, and any tobacco judged "inferior" by an official government committee was ordered burned. The latter regulation was the first of continuing attempts by tobacco planters to restrict the supply of tobacco (in this case, low-priced, "inferior," leaf) in order to raise the price received from the buyers and ultimately from the consumers.

If tobacco was partly responsible for the survival of the colony, it was also indirectly responsible for the introduction into America of grievous and devastating problems. For one thing, the natural process of transferring the land from a ruling company to the individual settler, roughly to the extent to which he brought the land into use, was sharply altered and blocked. Tobacco farming required much larger estates than truck or other individual farms. Hence, the wealthier tobacco planters sought and obtained very large land grants from the company.

One method of obtaining land was distributing to the colonists by "headright" — that is, each immigrant received 50 acres, and anyone who paid for an immigrant's passage received 50 acres of land per immigrant from the company. As a result, the wealthier planters could acquire vast tracts by accumulating numerous headrights.

Furthermore, large grants of land were made to leading stockholders of the company. For one thing, each individual planter received a grant of 100 acres for each share of stock he held in the company. To raise cash for its hard-pressed finances, the company also sold "bills of adventure," entitling the holders not to stock, but specifically to 100 acres of Virginia land per "bill." Each bill was the same denomination as a company share (£12 10s). Often, billholders joined together to take up allotments of lands to be held for speculation.

As a result of these practices, several "particular plantations" emerged as settlements in large land grants, presided over by the private government of the grantee. The largest particular plantation was Berkeley's Hundred, 4,500 acres on the north side of the upper James River, granted as a first dividend to five prominent stockholders headed by the Berkeleys and settled in 1619. Other plantations were Smith's Hundred, Martin's Hundred, Bennett's Plantation, and Martin's Brandon.

Arbitrary land allocations were also made by the governor and the assembly. Thus 3,000 acres in the capital and three other general plantations were reserved to the company, with the settlers being confined to tenants. The proceeds were to go toward the expenses of government. Land was also reserved for support of the local officials and ministers, and as a subsidy for local artisans. A substantial grant was given to Governor Yeardley, and 10,000 acres were reserved for a proposed university at Henrico.

The crucial point, however, is that the planters would not have been able to cultivate these large tobacco plantations — and therefore would not have been moved to acquire and keep so much land — if they had had to rely on free and independent labor. So scarce was such labor in relation to land resources that the hiring of free labor would not have been economically feasible. But the planters then turned to the use of forced labor to render their large plantations profitable: specifically, the labor of the indentured servants and of the even more thoroughly coerced Negro slaves. In slavery, the laborer is coerced not only for a term of years, or for life, but for the lives of himself and all his descendants.

It was an ironic commentary on the later history of America that 1619, the very year of the Yeardley reforms, saw the first slave vessel arrive at Jamestown with 20 Negroes aboard, to be sold as slaves to the tobacco planters. Until the mid-17th century, the planters preferred to rely on indentured serf labor. These white servants, once their term had expired, could obtain their land, generally 50 acres each, on the western fringe of the settlement, and become independent settlers. But Negro slavery, unlike indentured service, had no means of dissolving into the general society; once introduced, it became the backbone of the Virginian (and other Southern) labor system. It could only remain as a continual canker on the American body social.

The tiny colony was apparently not too young to have "foreign affairs"; and, indeed, it learned all too quickly the ways of interstate relations. French settlers had the temerity to found a colony of their own at Mount Desert (in what was later to be Maine) and on the banks of the Bay of Fundy (in what was later to become Nova Scotia). This "trespassed" upon the land that King James had arbitrarily granted to the Plymouth Company, which had not yet made any settlement in North America. It also trespassed on the greater glory of England.

And so, Southern Virginia did the honors: Captain Samuel Argall, disguising his ship as a fishing vessel, sailed from the colony up to Mount Desert in 1613, eradicated the French settlement, and kidnapped 15 French settlers, including two Jesuit priests.

Hauled to Virginia, the prisoners were badly treated. Over a dozen of the hapless French settlers were turned loose by Argall on the Atlantic in an open boat, but they had the good fortune to be rescued by fishing vessels.

Later in the year, Argall returned north and expanded his work of destruction, putting to the torch the settlements of St. Croix and Port Royal, the latter in Nova Scotia, and driving the settlers into the woods.

A few years later, Captain Argall, now governor of Virginia, continued the tradition by participating in piratical activities against Spanish shipping. He sailed under the aegis of the king's favorite among the company stockholders, the Earl of Warwick.