The Right Way to Gold 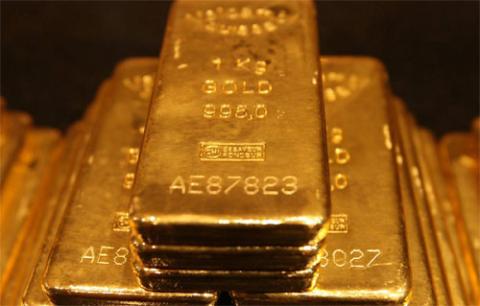 The advantages of a gold standard are familiar to supporters of the free market. Gold possesses all of the attributes of an ideal medium of exchange. It is durable, portable, malleable, valuable, and fungible, which is why the market chose it as the dominant money before the age of paper money.

Most importantly, gold is brought into circulation through private investment rather than executive fiat. As a result, its quantity is impervious to the manipulations of politicians and central bankers. Indeed, had the supply of money consisted only of the above-ground supply of gold, all of the disastrous inflations of the twentieth century could have been avoided.

As such, former congressman and Dole running mate Jack Kemp should be commended for his recent Wall Street Journal editorial, "Our Economy Needs a Golden Anchor" (June 28, 2001). It is refreshing, to say the least, to see that someone, somewhere can still land an article in a major newspaper on behalf of the "barbarous relic." And for this, Kemp’s gutsy, unapologetic pro-gold stance deserves the applause of everyone who believes in sound money.

Unfortunately, his position falls drastically short of the kind of radical reform that would be necessary to remove the meddling hands of government from monetary affairs for good.  In his own words, Kemp proposes that

. . . There is nothing mysterious about how gold could be used as a reference point. . . . It would simply mean the Fed would stop guessing how much liquidity is good for the economy and allow the market to make that decision for it. With the dollar defined in terms of gold and with American citizens free to buy and sell gold at will, the Fed would forget about raising or lowering interest rates and simply add liquidity (buy bonds) when the price of gold tries to fall and subtract liquidity (sell bonds) when it tries to rise. Markets would determine interest rates.

In Kemp’s scheme, the Federal Reserve announces an official dollar-gold parity (he suggests $325 per ounce) and conducts open market operations accordingly. Dollar-gold convertibility plays, if anything, a secondary role. Although the Fed is rule-bound to pursue a certain gold-price target, a dollar is not defined as a legal claim on a specific weight of gold.

This proposal is flawed on at least two counts.

First, the central bank would retain the power to create and destroy money at the stroke of a pen. At first glance, this seems to be a mere technicality. After all, given that the central bank is statutorily required to stabilize the gold value of its fiat money, isn’t this fiat money, for all practical purposes, as good as gold? Not necessarily.

Often, markets simply do not find statutory restrictions on central banks credible, and for good reason.  Ever since its inception in 1913, the Federal Reserve has violated its own proclaimed commitment to fixed exchange rates, each time with a different excuse.

The Fed engineered a massive inflation in the 1920s in order to slow the drain of England’s gold reserves and prop up the overvalued pound. The resulting crisis of confidence in the dollar-gold-pound link plunged the world into depression and forced FDR to restrict gold convertibility and devalue the dollar by 33 percent.

This entire saga was repeated in the 1960s. This time, American politicians rationalized the Fed’s inflation as a means of promoting "full employment" while financing the Vietnam war and LBJ’s "Great Society." In 1971, the dollar-gold link was severed, and a decade of stagflation followed.  In light of this experience, Kemp’s eagerness to appoint the Federal Reserve guardian of the gold standard is puzzling, to say the least.  Experience suggests that the Federal Reserve and the gold standard cannot lastingly coexist.

Second, in Kemp’s proposal, fiat money, rather than gold (or paper claims thereon), remains the medium of exchange. Unfortunately, if individuals do not hold gold in their cash balances, gold’s value reflects its utility as an inflation hedge, a consumer good, and a factor of production. It is one of the more perverse consequences of Kemp’s proposal that the Fed would have to create and destroy liquidity to offset these nonmonetary influences on gold’s value.

The uncertainty and instability inherent in this arrangement could be worse than America’s reigning fiat money regime.

This is basically the arrangement that served the world economy so well for so long during the nineteenth and early twentieth centuries. Whatever problems existed under the gold standard were due to government interventions—e.g., bimetallist policies that fixed the price ratio between gold and silver, interventions in the banking system that permitted government bailouts of failing banks, and other such policies. The lesson of history is that the purer the gold standard, the better it works.

Jack Kemp is right that central-bank manipulation of money and credit is a destabilizing influence on the global economy.  However, his call for a dollar that is "as good as gold" is self-defeating.  A real gold standard requires a Federal Reserve that is as good as dead.