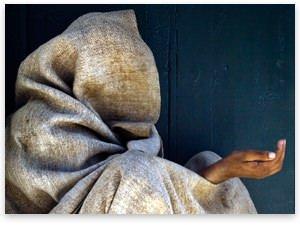 Charity is big business. Americans gave more than $307.75 billion to their favorite causes in 2009. That's impressive, considering the prevailing economic conditions of that year.

Giving has gone even more big time this month, with Mark Zuckerberg's signing on to the Giving Pledge, the campaign started by Warren Buffett and Bill Gates to encourage billionaires to give away significant chunks of their wealth. Seventeen billionaires in the United States — Larry Ellison, Michael Bloomberg, and Carl Icahn among the more notable ones — have pledged to donate at least 50 percent of their wealth to the campaign.

Heartwarming, to be sure — but should we expect the nouveau riches to wow us in charity as they wowed us in business? Sure, the Giving Pledge members are successful businessmen, but are their skills automatically transferable to philanthropy?

Not necessarily. Bill Gates, and his Bill and Melinda Gates Foundation, the largest of its kind in the world, is disturbingly statist in its goals, while Mr. Gates is ridiculously reductive in his logic, particularly regarding vaccines, population control, and CO2 emissions.

As for the latest member of the Giving Pledge, Mark Zuckerberg, the first step of his charity journey — a $100 million donation to Newark, NJ, public schools — tempers enthusiasm. Mr. Zuckerberg, so prescient and entrepreneurial in developing Facebook, is proving, like Mr. Gates, to be the opposite in charity. It is difficult to fathom a more effective strategy for ensuring educational decay than bequeathing money to a stultified, entrenched government school system and its lead myrmidon, the teacher's union.

While charity goes big time, it is also going prime time. AARP, in its "Drive to End Hunger" campaign, is ponying up an estimated $10 million to sponsor NASCAR star Jeff Gordon for 22 of NASCAR's 36 races in 2011, because, according to AARP statistics, an estimated "51 million Americans go hungry each night, and six million are over the age of 60." First of all, hunger isn't starvation. Second, starvation is not even a tertiary concern when the CDC reports that 26.7 percent of the population is obese.

One has to wonder if all this focus on charity is much ado about nothing. Has charity jumped the shark? One of the more cerebral criticisms of charities is that they fail to perform charity. True charity requires anonymity and the transfer of something of economic value. Most charities do the transfers, but not anonymously; therefore, one could reasonably argue that charity is just social-capital acquisition. Read the "lifestyle" section of any major metropolitan newspaper; it is invariably populated with stories of well-heeled socialites hobnobbing in formal attire. And when they are not hobnobbing for the less fortunate dressed to the nines, they are hobnobbing attired in their best Under Armor and Nikes for early morning walkathons and five-kilometer runs "for the cure" (mostly for female-specific afflictions).

Building social capital is fine, as long as inroads are made on the stated cause. But what if social capital starts challenging charity as the lead? Susan G. Komen for the Cure has effortlessly infiltrated the mighty NFL with pink cleats, pink head bands, pink gloves, and pink hats.

Susan G. Komen's tie-in with the NFL is savvy marketing, but its tie-in with Kentucky Fried Chicken, where pink buckets full of fried chicken were sold under the slogan, "Buckets for the Cure" is, if not bizarre, arguably detrimental to the cause.

Regardless of opinion on the appropriateness of Susan G. Komen's marketing strategies, they work. Total revenue was $178 million in 2008 — quite the leap from 2004's $99 million. Its 2009 annual report states that it "spent nearly $1.5 billion in cutting-edge research and community programs." Incidences and deaths over the years have decreased, but when you look at the data, it is less than you might think.

Of course, Susan G. Komen cannot be blamed for breast-cancer incidences and death not trending as low as we'd like. But we can still question motives: if people give you money because of a cause, does that properly motivate you to eliminate the cause? With big charity comes big compensation: half-million dollar packages for top employees appear frequently on Christian Science Monitor's list of top 50 US charities, which is also peppered with a few million-dollar-plus packages. What's the motivation for a cure?

Perhaps there isn't one. Perhaps the unspoken motivation is simply to raise the visibility of the cause; hence the off-putting voyeurism. Constant reiterations of tales of woe are fed by those who benefit most from charity — local political leaders, charity officers, and the victims. This scaring of the statistically challenged public reminds me of H.L. Mencken's words: "The whole aim of practical politics is to keep the populace in a continual state of alarm (and hence clamorous to be led to safety) by menacing them with an endless series of hobgoblins, all of them imaginary." Change "politics" to "charity" and it fits.

Is the seasonal charity that flowers in late November and blooms through Christmas more efficient than the 365-day variety? It's probably less so. If we increase demand, supply is sure to follow. Pay people to stand in line for a handout and they will. Pay them more, and you will get more lining up. This time of year, people queue for blocks waiting for "free" food, clothing, toys. Time is valuable, and the more of it wasted waiting, the more the cost of forgoing remunerative activities rises.

This is not to say charity is without benefit (look no further than the Mises Institute); but charities that trade in the distribution of rivalrous goods and services experience diseconomy of scale and loss of focus as their girth expands.1

The monumental redistributive charitable ambitions of Messrs. Gates, Zuckerberg, and Buffett, of the United Way, the American Cancer Society, and Susan G. Komen, et al. are best left to the locals, or better yet, the profit-seeking entrepreneurs. Our health and living standards have virtually nothing to do with charity and virtually everything to do with entrepreneurs solving problems. Had we depended on only alms and goodwill to elevate our living standards, we would still be squatting in mud huts.

And for those worried that civilization will collapse into intolerable misery if the policy-forming, heartstring-tugging, political-rent-seeking charity behemoths fade from the landscape, don't worry: as Mises said, "No civilized community has callously allowed the incapacitated to perish."