Rationalization in Politics and Life 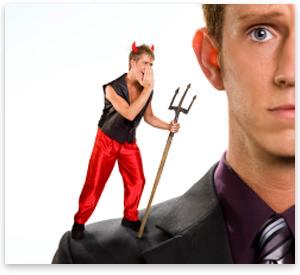 The thymological analysis of man is essential in the study of history. It conveys all we can know about ultimate ends and judgments of value. But as has been pointed out above, it is of no avail for praxeology and of little use in dealing with the means applied to attain ends sought.

History is called upon to explain the origin of such errors by resorting to thymology and the specific understanding. As man is fallible and the search after appropriate means is very difficult, the course of human history is by and large a series of errors and frustration. Looking backward from the present state of our knowledge we are sometimes tempted to belittle past ages and boast of the efficiency of our time. However, even the pundits of the "atomic age" are not safe against error.

Shortcomings in the choice of means and in acting are not always caused by erroneous thinking and inefficiency. Frequently frustration is the result of irresoluteness with regard to the choice of ends. Wavering between various incompatible goals, the actor vacillates in his conduct of affairs. Indecision prevents him from marching straight toward one goal. He moves to and fro. He goes now toward the left, then toward the right. Thus he does not accomplish anything. Political, diplomatic, and military history has dealt amply with this type of irresolute action in the conduct of affairs of state. Freud has shown what role in the daily life of the individual subconscious repressed urges play in forgetting, mistakes, slips of the tongue or the pen, and accidents.

A man who is obliged to justify his handling of a matter in the eyes of other people often resorts to a pretext. As the motive of his deviation from the most suitable way of procedure he ascribes another reason than that which actually prompted him. He does not dare to admit his real motive because he knows that his critics would not accept it as a sufficient justification.

Rationalization is the name psychoanalysis gives to the construction of a pretext to justify conduct in the actor's own mind. Either the actor is loath to admit the real motive to himself or he is not aware of the repressed urge directing him. He disguises the subconscious impulse by attaching to his actions reasons acceptable to his superego. He is not consciously cheating and lying. He is himself a victim of his illusions and wishful thinking. He lacks the courage to look squarely at reality. As he dimly surmises that the cognition of the true state of affairs would be unpleasant, undermine his self-esteem, and weaken his resolution, he shrinks from analyzing the problems beyond a certain point. This is of course a rather dangerous attitude, a retreat from an unwelcome reality into an imaginary world of fancy that pleases better. A few steps further in the same direction may lead to insanity.

However, in the lives of individuals there are checks that prevent such rationalizations from becoming rampant and wreaking havoc. Precisely because rationalization is a type of behavior common to many, people are watchful and even often suspect it where it is absent. Some are always ready to unmask their neighbors' sly attempts to bolster their own self-respect. The most cleverly constructed legends of rationalization cannot in the long run withstand the repeated attacks of debunkers.

It is quite another thing with rationalization developed for the benefit of social groups. That can thrive luxuriantly because it encounters no criticism from the members of the group and because the criticism of outsiders is dismissed as obviously biased. One of the main tasks of historical analysis is to study the various manifestations of rationalization in all fields of political ideologies.

This article is excerpted from chapter 12 of Theory and History. An audio version of this article, excerpted from the forthcoming audiobook version, read by John Pruden, is available as a free MP3 download.
Author: