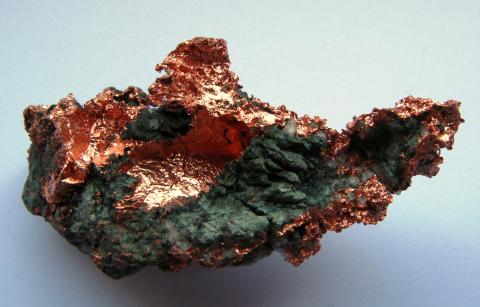 While protectionism may temporarily prop up inefficient industries and businesses, ultimately market forces will prevail, hurting even the favored industry. What follows is a case in point.

In the late 1970s, I was appointed by my company to be its representative in an industry group exploring protectionism for the US copper industry. The allegation was that foreign copper producers (particularly Chilean) were "dumping" copper into the United States market at prices below market. The US producers wanted the US International Trade Commission to curtail the imports.

Unlike gold, silver or other precious metals, copper is primarily an industrial metal sold by copper producers to large manufacturers. The price of copper traditionally was priced on a producer price basis--a price set by the copper producer. Until the late 1970s that price appeared to work well.

Then producer prices began to diverge from the market price, as represented on the Comex futures and the London futures markets. This disparity became too much for the buyers of copper since the gap between the producer price and market price continued to be quite large–as much as 10 cents per pound.

One of the leading copper producers, CODELCO (the state-owned-copper company of Chile), changed its pricing policy (and ultimately changed the entire pricing structure of the industry) from one set by the producer to one set by the major copper futures markets.

The company for which I worked realized  that the disparity between producer pricing and market pricing would not continue. In response we were one of the first to follow CODELCO and give up the producer price mechanism in favor of a pure market based price based on the Comex futures prices – Flexible Pricing we called it.

Customers were given various choices on pricing based on the futures prices. This allowed buyers to obtain price protection through hedging the prices they would pay for copper. This generally resulted in much lower prices to the buyer than the producer price. We were able to provide such pricing since we had recently brought on stream a modern more efficient mine which had much lower costs. Ultimately the producer price was abandoned by all the producers in favor of a market-oriented price.

Although misguided, the industry's reaction to the change in pricing was understandable. It was just coming out of the disastrous era of the Nixon price controls of the early seventies that had limited price increases during an inflationary environment. The industry had hoped to recoup the lost prices by maintaining the producer price as long as possible.

On top of that, the industry was being pummeled by the environmental regulations of the Environmental Protection Agency. Debt to equity ratios of copper companies increased from 10% to 30% and above as a result of such regulations. For the less efficient producers profit margins were small or non-existent.

I recall the first major meeting of executives of our company to decide whether to participate in this process. There were 20-30 managers and executives at the meeting. We went around the large conference table with each person giving his or her view on participating or not--each speech evoked supporting comments from all the other attendees.

When my turn came—I was a young lawyer still somewhat naive in corporate matters—I   voiced my opposition citing the failed policies of protectionism and the ultimate weakening of the industry the protectionism is suppose to help. I argued that we would be better off spending our time lobbying for reduced regulation and reduced taxation on the our industry.

When I finished you could have heard a pin drop—no comments in support and no comments against.1 The management group decided that the company should participate in the protectionist project of the industry. I was asked to attend an organizational meeting of the industry reviewing the matter.

An industry group was formed with representatives from each company participating in the group. In addition to the lawyers and public relations firms of each company the industry group hired a large PR  and lobbying firm, two large law firms, an accounting firm  and other support required for this project.

Within weeks of the organizational meeting, very emotional articles suddenly began to appear in the press and TV describing the plight of copper miners and their families.2There were many meetings of the industry group to review the progress of the project and to make sure that everyone remained in support of it.

The lawyers and accountants for each of the companies and the industry group spent hours collecting data to support the case and preparing scripts to be used for testimony in support of the protectionism. Local politicians were brought in to voice their two cents and to support the claim for protectionism. Large hearings and media events were held in Tucson for industry executives and expert witnesses who flew in to give their testimony and flew out after they were finished.

The testimony was scripted by the lawyers and extensively rehearsed with the witnesses to make sure that each witness made the correct statement of facts and argument to support the case for trade sanctions against the foreign imports.

The US copper industry received some of the protectionist relief it requested—to little avail3.  The world price of copper continued to drop, as plastics and other substitutes used in automobile manufacturing , plumbing re-placed copper, and fiber optic cable replaced much of the copper cables used in the telecommunications industry.

The efforts of the US copper industry to insulate itself from foreign competition masked the real and more serious competitive threat from new technology which was on the horizon.

Once at a luncheon with our Vice President of Sales (he was a widely recognized expert in the copper industry), the subject of fiber optic cables came up. One of our major customers was Western Electric (WE), then an AT&T subsidiary responsible for manufacturing all the copper cables for AT&T. Contracts in the copper industry were negotiated in the fall of each year and WE would take virtually all our production for the year with one contract.

After returning from a sales trip our VP reported that WE was experimenting with some new technology called fiber optics – cables made of sand as our VP characterized it. When I inquired about its potential to replace copper cable, our VP said it was some highly experimental technology that would never replace copper cable. At that time we did not foresee the 1984 break up of AT&T, and the impact this would have on radically changing the US and international telecommunications industry. Nor did the industry foresee the new fiber optic technology, which would rapidly develop to support this changing industry.

Unfortunately for the company and the industry such revelations came much too late to revitalize the industry or our company. Coincidentally, I ended up developing fiber optic telecommunications companies during the late 1990s and co-founding and developing four fiber optic communications companies in Australia, Brazil, Argentina and Chile - the world's leading copper producer.

Protectionism did not save the copper industry in the long run. Neither will it save any sector in the face of economic reality.