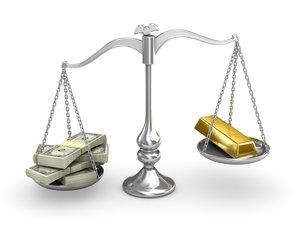 Money: How the Destruction of the Dollar Threatens the Global Economy — and What We Can Do About It, by Steve Forbes and Elizabeth Ames, McGrawHill, 2014

Money is an odd book. Its odd character can be brought out through an analogy. Imagine that someone wrote an eloquent book about price and wage controls. The book showed how attempts to control prices led to economic disaster. Faced with an abundance of incontrovertible evidence that demonstrated the bad effects of these measures, an informed policymaker would find only one rational choice available to him. He should not impose comprehensive price controls but rather should use controls in moderation.

Would it not be obvious what had gone wrong with our imagined book? If price controls do not work, they should be done away with altogether. “Moderation” in the use of a bad measure is no virtue. If cyanide is poison, “drink in small doses” is not the appropriate response.

Money falls exactly into the bad pattern just described. Forbes and Ames write with insight about the dangers of inflation and easy money. In response, they propose that the monetary system should be based on gold. What could be better? Unfortunately, they do not favor a genuine gold standard: instead, their plan calls for limiting monetary expansion by tying the dollar to gold at a fixed rate. In sum, monetary expansion is bad, so we ought to reduce the extent to which the Fed may engage in it.

Forbes and Ames aptly quote Ron Paul on the fundamental fallacy of inflationism: “If governments or central banks really can create wealth simply by creating money, why does poverty exist anywhere on earth?”1 Money is valuable because we can use it to purchase goods and services: increasing the number of monetary units does not add new goods or services to those already produced. (An exception must be made for non-monetary uses of a monetary commodity, such as jewelry.

The point seems obvious once stated; why do so many ignore it? As Forbes and Ames point out, many nations favor inflation because it will increase exports and reduce imports. Foreign buyers, so long as the money of their own nation has not also expanded as quickly, will find that they can purchase more goods for the same nominal amount of their money; and importers will find that, with their inflated money, they can purchase less.

In this view, exports are good and imports are bad; but why should we accept this? “Trade deficits and surpluses have historically reflected little about the health of an economy. Neo-mercantilists overlook the fact that the United States has had a merchandise trade deficit for roughly 350 out of the last 400 years. ... The fact that the United States buys products and services from other nations doesn’t mean it is weak; it means that the U.S. economy is strong and has the wealth and resources to buy what others are selling.”

The authors strike forcefully at the Keynesian claim that inflation is needed to combat unemployment. “According to [William] Phillips and his fellow Keynesians, vigorous growth corresponded to price increases, while lower inflation correlated with higher jobless levels. In other words, there was a trade-off between inflation and employment.” As the “stagflation” of the 1970s showed, the Keynesian claim is false. Inflation and unemployment “don’t move the way Keynesians would have you believe. In the inflationary boom/bust era of the 1970s and early 1980s, unemployment reached higher levels than during the financial crisis.”

Broadening their critical assault, Forbes and Ames show the deleterious moral effects of inflation. “Weak, unstable money inflames perceptions of unfairness. People with fixed incomes struggling with rising prices in an uncertain economy become enraged when they see others appear to get rich through speculation or crony capitalism, not honest effort.” (For more on this, see Wilhelm Röpke’s, Welfare, Freedom, and Inflation).

The natural conclusion from all this criticism of inflation is that the government ought to refrain entirely from monetary expansion; but a theoretical error blocks the authors from seeing this. The error is that money is a measure of value that must be kept constant. “Money is a standard of measurement, like a ruler or a clock, but instead of measuring inches or time, it measures what something is worth. ... Just as we need to be sure of the number of inches in a foot or the minutes in an hour, people in the economy must be certain that their money is an accurate measure of worth.”

What is wrong with this? When you pay $25,000 for a car, you are not measuring the value of the car. Rather, you are showing that you prefer the car to the money: the person who sells you the car has the reverse valuation. Without this difference in preferences, no exchange would take place. If, as Forbes and Ames imagine, money measures value, both you and the car seller would arrive at the same “measure” of the car’s value. We would have no account at all of why an exchange takes place.

We can trace further the source of the authors’ mistake. They rightly note that money “originated in the marketplace as a solution to a problem. It arose spontaneously, like the spoon or the personal computer, in response to a need.” With money, it is much easier to achieve the “double coincidence of wants” required for an exchange than without it. But they miss why this is so. The reason is that practically everyone is willing to accept money in an exchange; it is a commodity that everyone wants. Instead, Forbes and Ames identify the need as “for a stable unit of value to facilitate trade.”

This fundamental error leads them to recommend inadequate policies. Their plan leaves plenty of room for monetary expansion. Their “gold standard allows the money supply to expand naturally in a vibrant economy. Remember that gold, a measuring rod, is stable in value. It does not restrict the supply of dollars any more than a foot with twelve inches restricts the number of rulers being used in the economy.” Money needs to expand if the economy is growing, because without the expansion, prices would fall; and then, horribile dictu, money would cease to be a constant measuring rod. Further, if a “major financial panic” demanded “an emergency injection of liquidity,” the Fed would be able to act as a lender of last resort.

How is the goal of stable money to be achieved? “The twenty-first century gold standard would fix the dollar to gold at a particular price. ... The Federal Reserve would use its tools, primarily open market operations, to keep the value of the dollar tied at that rate of gold.” In this etiolated gold standard, only the United States would need to fix its money to gold in the fashion just mentioned. “If the United States went to gold, other countries would likely fix their money to the dollar, if only for convenience. ... Of course, if a country wanted to attach its currency directly to gold instead of the gold-backed dollar, it could do so.”

An obvious objection to this proposal is that “setting a fixed dollar/gold ratio is price fixing and therefore anti-free market.” To this, the authors incredibly answer: “Having fixed weights and measures is essential for fair and free markets. We don’t let markets each day determine how many ounces there are in a pound or how many inches there are in a foot. ... Money, similarly, is a measure of value.” They fail to grasp that economic value is subjective: there are no fixed units of value that correspond to units of measurement of physical objects.

Their proposal, as they readily acknowledge, revives the interwar gold exchange standard and the post-World War II Bretton Woods arrangement. For them, this is no objection: those were excellent monetary systems. True enough, there are a few “gold standard purists” who argue that the policy of credit expansion pursued by the Fed in the 1920s under the gold exchange standard “produced the disaster of 1929.” These purists are wrong. “The cause of the Depression was the U.S. enactment of the Smoot-Hawley Tariff.” So much for Mises, Hayek, and Rothbard! Readers in search of a deeper analysis of monetary policy should put aside this superficial book and turn instead to the works of these great Austrian theorists. A good beginning would be America’s Great Depression by “noted economic historian” Murray Rothbard.