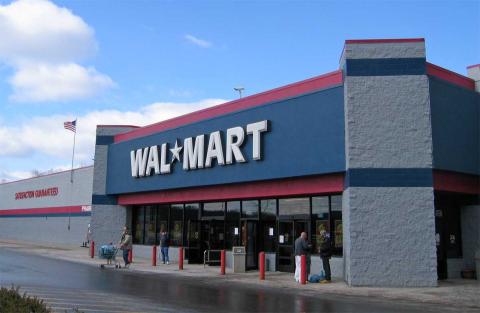 One of the many lies told by politicians is that they are "looking out for the consumer." Of course, that means that they are looking hard to find consumers from whom they can extract even more money than ever.

Thus, we find the latest government outrage; this one comes from my home state of Tennessee, but it is also being pushed in other states. It seems that Tennessee legislators—both Republicans and Democrats—decided that some gasoline prices were too low and that they needed to do something about that. These are also the same people who scream bloody murder whenever gasoline producers raise prices.

The legislature couched its bill in different language than the obvious, "We are trying to stiff consumers at the expense of producers who give us campaign contributions so that we can have more money to spend once elected."

Instead, the legislators—who voted for this bill in overwhelming numbers before the governor vetoed it—insisted that their bill would serve to "protect" consumers from those who would engage in "predatory pricing." I suspect that their next step will be to pass legislation aimed at protecting us from unicorns.

The target of this bill, not surprisingly, was Wal-Mart, as well as other large-scale retailers. The sob story goes as follows: Wal-Mart and the others sell gasoline at low, "below cost" prices that ultimately (and allegedly) drive out other smaller retailers. When those other retailers are driven out of business, Wal-Mart will then step in and charge ruinous monopoly prices, and there will be nothing the consumer can do except to pay through the nose.

Or, at least, that is what the Tennessee General Assembly would have us believe. Lawmakers and their allies in business and the economics profession have claimed for years that "predatory pricing" is a real threat to economic stability. For example, in 1936, Congress, "frightened" at the "economic power" of the Atlantic and Pacific Tea Company (known today as A&P), passed the Robinson–Patman Act.

This bill was aimed precisely at A&P, as the bill’s sponsors declared that "there is no place in America for chain stores." In fact, lawmakers and others have predicted predatory doom for most of the past century and have continued to beat this drum to the present day.

Ever since Wal-Mart opened in 1964, lawmakers have prophesied that it is "only a matter of time" until the retail giant runs everyone else out of business and then RAISES PRICES on the ashes of its competition. Any Wal-Mart shopper, however, knows the company both for cutting prices and for having the requisite goods available when we need them.

Saving people money and providing convenience for them is hardly a criminal offense, but lawmakers in Tennessee saw things differently. Let us further "deconstruct" these accusations of "predatory pricing" with some analysis.

The so-called theory of predatory pricing says that firms will sell at a loss (consistently setting prices and output below marginal cost) in order to drive other firms out of business. Even though the firm’s actions harm not only its competitors, but also itself, at least in the short run, the firm can make up the difference after it has become a predatory monopoly—when it has driven other firms out of business. Lawmakers, business owners, and other Wal-Mart critics have laid that very charge against the giant retailer for more than thirty years.

If, indeed, Wal-Mart were engaging in "predatory pricing," then it would stand to reason that Wal-Mart would have lost money for the past three decades. Such losses would have driven other firms to bankruptcy, and all investors would have bailed out.

The Wal-Mart accusers, however, are asking us to believe that Wal-Mart investors are a special breed of people who apparently don’t care that their investments are continually sliding down a rat hole. This latest attack on common sense by the Tennessee General Assembly did not go so far as to charge Wal-Mart with a criminal conspiracy against humanity. Rather, it took this line: In an attempt to win new customers, Wal-Mart is selling its gasoline below cost. After people buy the gas, they are more likely to shop at Wal-Mart.

This is obvious sophistry. Wal-Mart does not need to shoot itself in the foot in order to gain customers. Indeed, customers who expect lower prices at Wal-Mart would be quite surprised if the retail giant were selling gasoline at prices above what its competitors were charging. Furthermore, Wal-Marts do not appear on nearly every street corner.

What the Tennessee legislators were asking their constituents to believe was that Wal-Mart was going to drive out nearly every other gasoline retailer in the state, and then drivers would willingly line up for hours at the few gas stations left because their time values were so low that they would refuse to pay even a couple of cents more per gallon of gasoline somewhere else.

Thus, we have the modern state in action. First, it lies, then it takes action detrimental to the folks whom it ostensibly seeks to help. In reality, the Tennessee legislature was trying to prop up some inefficient businesses run by people who wish to reduce options available to consumers. As Big Brother proclaimed to the hapless citizens of Oceania, "War is peace, freedom is slavery, ignorance is knowledge."

Sam Walton once promised that he would "give the world an opportunity to see what it's like to save and have a better lifestyle, a better life for all." Some politicians see their job as preventing that from happening.