In Praise of Credit Checks 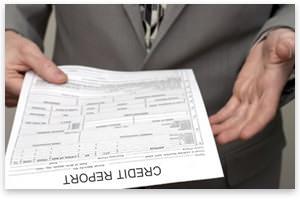 10/26/2011Jeffrey A. Tucker
"The credit report is the best friend of the responsible in the same way that it is the worst enemy of the irresponsible."

It was maybe third grade when the schoolyard was abuzz with a terrible thing. It was called the "permanent record." If you did something bad enough, it would go on the permanent record. And then a one-day slip up would turn into a deep scar, a mortal sin that would last forever and permanently reduce your chances to make it in life.

We imagined some suited committee reaching deep into the file and discovering that we had loosened someone's fingers as they tried to climb the monkey bars, or that we bonked someone on the back with an eraser full of chalk, or that we started a dinner-roll fight in the lunchroom, or that we put a firecracker down the sink in the restroom.

Whatever the sin, if it went on the permanent record, it would never go away.

Probably there was no such thing. Or maybe there was and no one cared. For my part, I realized the dream of every public-school kid when, in the fifth grade, the entire school burned down — and my first thought was: so much for the permanent record!

But as we reach adulthood, we begin to realize that something like the "permanent record" does exist. It is called the credit report. Its assembly and maintenance involves no police, no bureaucrats, no government offices, no one paid by the taxpayer. It is unconcerned about your looks, your politics, your preferences, or your associations. It is entirely private, and it judges only one thing. It is put together because interested parties need to know.

You want to rent an apartment? Check the credit report. Want a car loan? We'll soon know how reliable you are. Want electricity to your home? You are not going to get it unless there is a reasonable expectation that you are going to pay for it. And the way to discover that is to examine your past.

Credit reports aren't perfect, and everyone has a story about some mistake. But the key point is that, because they are private, there is an incentive structure in place to fix errors and improve reporting. They strive to be as accurate as possible, because this is what lenders want. And it turns out that every detailed study has shown them to be incredibly accurate — and very good at dispute resolution.

And so, if you missed a payment on some bill, it's noted. If you skipped out on a lease, it is noted. If you bailed out of an obligation to pay a monthly payment on a car, and the car ends up being repossessed, it is there in black and white.

"The credit report links cause and effect in a beautiful way, rendering one of the oldest moral principles known to man into a convenient score that is attached to you and you alone."

Sure, it is a bit creepy. It's how we imagine it will be once we approach the pearly gates. All will be known. Our good looks, smile, and charm count for nothing. We will have to provide an accounting, blow by blow. The BS detector will be fully functional. By comparison, the breathalyzer is nothing. That kind of makes anyone bite the lip a bit.

And yet, think of it. No one comes to arrest you. There is no violence. You are not thrown in debtor's prison. No one puts a scarlet letter on you. All that a negative report can do is cause you not to be trusted with credit again. This is entirely reasonable. And there are ways to fix the problem. You can pay into a card account that debits cash rather than extending credit. And it is absolutely the case that every possible creditor is cheering for you to get your life in order. They want to extend credit. They want to do business. They have a direct interest in shaping up your moral character.

On the other hand, if you do the right thing and meet all your obligations as your contract them, you are handsomely rewarded. The more you behave, the more people trust you. The more certain it becomes that you will pay what you owe, the more people are going to extend you credit.

The truly wonderful thing about this system is that it is entirely private and results from the voluntary interaction of human beings in the marketplace. No one is forced into it. But if you choose to be part of the credit system, you must behave. You must do the right thing. You must not steal from others, which is what it really means not to pay your bills. The credit report is nothing other than a report on whether you tend to do what is right or what is wrong.

Thus is there no point in cursing the system or decrying it as an invasion of your life. The credit report is the best friend of the responsible in the same way that it is the worst enemy of the irresponsible. In other words, it tells the truth, and the truth can be good or bad for you depending on what is true.

I've rarely heard this system credited for raising the moral level of society. But surely it does. Yes, people should do the right thing whether or not there is a reward or punishment associated with an action. People should pay their bills even if failure to do so does not end up on the permanent record. But the inner drive to virtue can only take us so far. It is better to have systems in place that provide incentives to behave, with rewards for doing the right thing rather than the wrong thing.

This is what the credit-reporting system provides. In this, it is more effective than sermonizing, lectures, books on building character, advertising campaigns, or even surveillance. The credit report links cause and effect in a beautiful way, rendering one of the oldest moral principles known to man into a convenient score that is attached to you and you alone.

It so many ways, this system is a creature of capitalism, and it works beautifully. And compare it with the ghastly system created by the state, the elaborate apparatus to make sure that the government has forced us to cough up the maximum amount of wealth they say that we owe. One system tries to prevent thievery while the other system tries to make thievery more efficient. I can't imagine a better contrast in how institutions deal with human beings and the effect of those institutions on who we are and the choices we make.

This is just one example of the general principle: private markets reward good behavior and make us better people; public bureaucracies do the opposite.