GET NEWS AND ARTICLES IN YOUR INBOXPrint
A
A
Home | Mises Library | Postal Commissars to Raise Rates. Don't Complain. 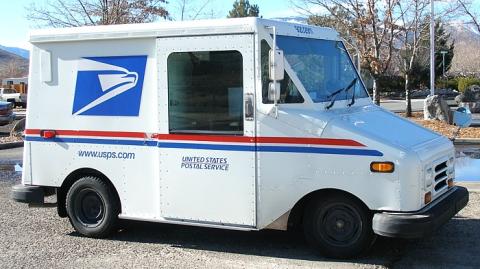 The cost of communication has plummeted. Costly labor-intensive media such as smoke signals, Pyramid carvings and dense hieroglyphics on large stones have yielded to the trivial costs of email. Deflation rules.

Consider long distance rates. Down! Deflated like zeppelins competing with Boeing 757s. Only old-fashioned correspondence, processed by the United States Post Office, has inflated in the last half century.

If there's a cyclical event in economics as dependable as the rising sun in the natural world, it's the regularity of postal rate increases. Get ready. The USPS, a government monopoly that laughs at government regulations prohibiting monopolies, is gearing up for another price increase. The last increase—3 cents—was in 2002. This one in 2006, say the experts, will be 2 cents.

There are whole universities full of economists who devote their intellectual talents to the question of how government policies affect our private lives. Marriage, parenting, housing, and occupation, they say, are all subject to monetary incentives or disincentives embodied in governmental tax, welfare, and public health policies. Could be. I know the minute I discovered mortgage interest was deductible, I went out and bought a house, any house. And as soon as I discovered that Medicare wouldn't pay for a tummy tuck, a derriere diminution, and a reforestation of my balding skull, I canceled my appointment with Dr. Newbod and learned to love the dumpy stack of flesh and bone that holds my soul. And when I figured out that the Social Security program penalized me for earning too much money, I learned to nap in the afternoons.

But let me tell you, no government agency has so positively affected my behavior as the shiny new Post Office building in our town. I have learned patience and the joy of communing with one's neighbors while waiting in a stagnant line. I was there last week for a simple postal transaction and instead took a lesson in patience. Guess why?

There's not another post office next door or down the street, you know. And if you think you've spotted a marketing niche—like Henry Ford saw horseless carriages, like Bill Gates found Windows, like Mama Manichewitz found jarred gefilte fish—forget it! It's illegal. You cannot compete—first class letterwise that is—with the U.S. Postal Service. They'll mail you 3rd class to a federal pen with no return address in a poorly wrapped cardboard box, which they'll drop from trains, planes, and trucks every chance they get.

The U.S. government is the only monopoly that has a monopoly on the prosecution of monopolies. The U.S. Department of Justice, backed by the EU, targets Microsoft because of that juggernaut called "Windows" that annihilates competitors. Nobody attacks the post office on that basis.

Like I say, I've learned patience and the joys of fellowship at our new post office. There's nothing you can do except stand there and chat about the ever increasing price of stamps.

Even worse there's one common line—unlike the grocery that's incentivized to take your payment—for all three windows. You can't even have a little fun trying to guess which line gets you to the window the quickest. You're at the random mercy of chance.

Here's a lady with a big box marked with red letters that say "Python inside—handle with care." OK, you can figure this out. She's returning her pet to its native Peru. Don't get behind her. This thing is gonna have to be defanged. And it's gonna take a while for the Reptile Orthodontist to arrive from the Lincoln Park Zoo in Chicago. Besides, with my luck this beast will wrap himself around the clerk a couple of times and they'll have to unroll him. Another lengthy transaction.

If there were multiple lines, one for each window, you would line up behind the guy holding a single white envelope without a stamp. But a single common line takes all the challenges out of waiting. No alternatives, no tactical judgments; just waiting and talking about the exciting new world of commemoratives. There's a lot of complaining about the service; and angry muttering about where the post office can put their profit. (They racked up over a billion in 2002 when they upped prices, last.) Nobody's suggesting Fort Knox. I advise my endearing, beautiful, lovable but maritally unattached daughter to drop her internet dating service and pick up her pen. Write some letters. Go to the Post Office. Meet your beau in line, not on-line, where there is plenty of time to explore mutual interests and backgrounds. More lasting friendships have been made in USPS lobbies than in neighborhood bars. It's cheaper, too. And you meet culturally superior candidates who don't mortgage their fiscal future to Jack Daniels Black.

Last week as we sluggishly shuffled to the counter, I saw a sign of signs. Right there on the wall facing me. "Armed robbery of a postal employee or facility carries a prison sentence of up to 25 years upon conviction." (Intriguing. No mention of me, the customer.) A proclamation that could only come from the governmental mouth.

My first thought is, why suggest to these irritable customers, loaded with parcels, and highly susceptible to violent solutions, that armed robbery is a possibility. But if someone should burst in with a blazing AK47 and relieve me of all my problems including the appointment I'm missing—well I guess he goes free, since I'm not a facility or a postal employee.

My feet nailed to the floor, I'm pondering that bureaucratic sign. You get 25 years "if convicted" it says. Wonder what the penalty is if NOT convicted. Those federal sentencing bureaucrats KNOW how to protect their comrades. I assume non-conviction brings a mere 5 years from a merciful judge at a penitentiary with ping pong, volley ball, DVDs, or at a minimum, a weight room. (Why do penal reformers insist on muscular recidivists?)

Then too, I reflect on the injustice of this discriminating sign. It implies more draconian punishment to a shooter who rubs out a blue suit instead of me. Our government has long decried ethnic, religious and gender discrimination. But now this new Federal discovery! Occupational discrimination! Shoot ME, not the guy behind the counter because I'm only an accountant. (And my murder doesn't even fall within the "Hate crimes" guidelines.)

If you want to commit armed robbery, it says—rob a customer, not us. You'll probably be sentenced to 13 hours of community service and maybe a couple weeks of the Anger Management classes, where they serve Colombian coffee and those really dark chocolate doughnuts!

But aren't all men created equal? I thought my life was equally valued with that of a federal employee. An eye for an eye, says the Big Black Book they use in courtrooms and there's not much talk about whose eye. An eye is an eye. But something tells me that the federal sentencing standards are tougher on Post Office robberies than supermarket stick-ups.

But here's a creative idea. Why not tear down that depressing billboard that reminds unemployed felons of armed robbery as a profitable occupation? Why not replace it with a banner stretched over the three counters? Two words. (Red letters on a white background.) "TIPS ACCEPTED." A dose of pure, hundred proof capitalism.

Those two words will immediately relieve the molasses syndrome. They will turn that sluggish line into a conga line. And you won't feel quite so bad when the USPS raises rates in a few months. At least you don't have to wait in line to give them your money.